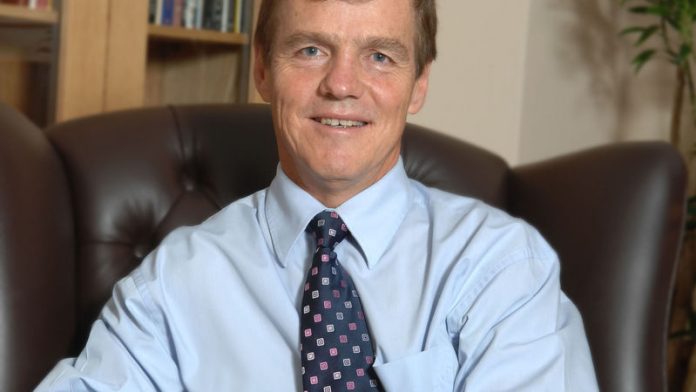 Now, Ingrid Tufvesson is planning to go to court after the vice-chancellor last week sent out what she says is a defamatory letter about her.

"I still don't know what the charges were against me since no formal process was ever initiated against me and I was never made subject to a disciplinary process," Ingrid Tufvesson told the Mail & Guardian on Wednesday.

"I'm not the first and, if unchallenged, possibly not the last person to be brandished a 'difficult person' in the tried and tested process of getting rid of people – some white but overwhelmingly and predominantly black."

Tufvesson, a coloured woman, received a letter of dismissal from the university on January 31. The letter was preceded by numerous proposed settlement agreements in which the university attempted to get Tufvesson "to agree to not speak about the university ever" and accept a R1.2 million pay-out for the remainder of her contract. Tufvesson refused to sign any of them.

Vice-chancellor Theuns Eloff then sent an email to university staff on February 6 saying Tufvesson "had an uncompromising attitude with regard to her style and approach" and that "most of her targets had not been achieved".

'Uneasy union'
NWU is the stormy product of one of the country's most unlikely tertiary mergers. It came into being in 2004, when two culturally and geographically distant institutions were joined in an uneasy union.

They were the former Potchefstroom University for Christian Higher Education, a white and heavily Afrikaner Calvinist institution, and the University of Bophuthatswana, a black bantustan institution that, like all pre-1994 universities, apartheid designed for second-rate status.

Four years later, the M&G reported on then Unisa vice-chancellor Barney Pityana's judgment that the new institution was unmanageable and that there were effectively still two separate universities.

Tufvesson's attorney, Erik Louw, said the university was "adamant in getting rid of Tufvesson" but that it had not followed "due disciplinary processes".

Tufvesson had accepted that her contract was terminated, and will accept the pay-out, but would not accept the content of the termination of contract document.

Damages
The document claimed numerous complaints had been received from senior management about Tufvesson's "approach to and effecting transformation with reference to, amongst others, your methodology, style and manner" and that "a mutual feeling of a lack of trust developed between Tufvesson and senior Management".

Tufvesson dismissed the claims as "unsubstantiated citations" that had never been tested or duly disclosed according to national and institutional policies and policies.

Louw confirmed he was preparing a case on behalf of Tufvesson in which he would sue the university "for damages rising from the repudiation of her contract".

Tufvesson believed that the "hardening of stance" against her by the vice-chancellor and some members of the council started after she "showed humanity and caring towards the mother and family of Thabang Godwin Makgoang, who drowned last year in the Potchefstroom Campus swimming pool under highly contested circumstances that have left members of the university community with many questions", she said.

The university didn't appreciate her comments made to the media about this, she said, and the "so-called independent investigation initiated by the council using lawyers referred by the university itself and undertaken  in the monitoring presence of one of the Potchefstroom Campus's in-house lawyers".

Transformation
Eloff told the M&G the way Tufvesson "fitted into the position was not conducive to meeting the strategic objectives of the university" and that her dismissal followed "a long outdrawn process … inclusive of mediation by an outside professional".

Transformation was an "integrated, urgent, fair and well-managed process of fundamental and sustainable change to address institutional inequalities", the university said.

It did this by "empowering people through quality education, world-class research and the meaningful implementation of its expertise".

Besides a healthcare problem Covid-19 is also a data issue and 5G technology, with its lightning speed, can help to curb its spread
Read more