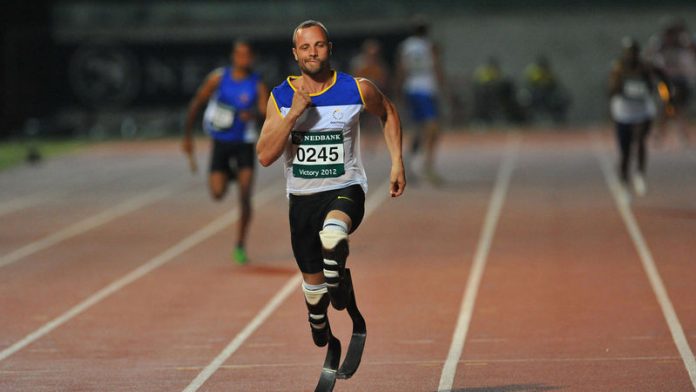 The 26-year-old Pistorius, known as the Blade Runner because of the carbon fibre blades he runs on after having his legs amputated below the knee, has allegedly accidentally shot dead his girlfriend on Thursday morning, Beeld reported.

He had mistaken her for a robber, the Afrikaans daily reported on its website on Valentine's Day.

Police spokesperson Captain Sarah Mcira confirmed she was shot in the arm and head. She died on the scene.

According to Reuters, police said on Thursday they had arrested a 26-year-old man after a woman was shot dead at the home of the Olympic and Paralympic track star.

"We found a nine millimetre pistol at the scene. A 26-year-old man was taken into custody," police spokeperson Katlego Mogale told Reuters. She declined to name the suspect or give any further details.

In September, Pistorius brought the curtain down on a summer of thrills when he won the final Paralympic track gold medal with a dominant display in the 400m.

Pistorius, who races wearing carbon fibre prosthetic blades after he was born without a fibula in both legs, was the first double amputee to run in the Olympics and reached the 400m semifinals though he was disappointed not to make the final. – Additional reporting by Sapa