From South Asia with love 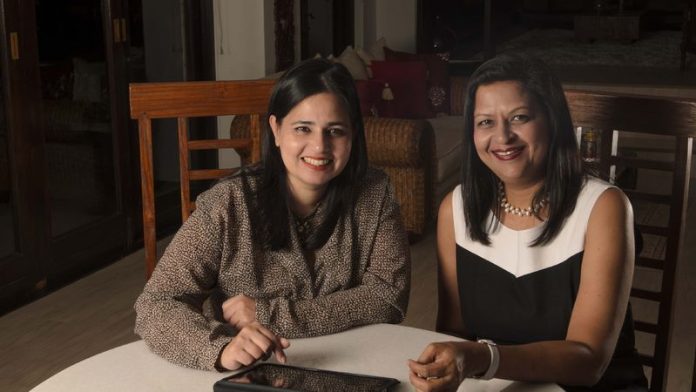 Two busy women who made time to get together in one another’s Johannesburg homes to chat about books have turned their passion for literature into a business.

Naheed Hassan, an economist, and Shanti Dominic, an engineer, are even busier now — they are partners in Indirom, which went on line on Valentine’s Day, offering English-language novellas for tablets, e-readers or smartphones.

“We were good friends before this started. And we’re still good friends,’’ says the Indian-born Dominic, who oversees Indirom’s operations from Johannesburg.

Hassan, originally from Pakistan, moved from Johannesburg to the United States last year. She is in charge of nurturing Indirom’s stable of writers and editors, who are from across South Asia and beyond. Email and Skype keep Indirom connected, the partners said.

The internet knows nothing of the borders between India, Pakistan, Bangladesh, Nepal, Sri Lanka — all countries Indirom’s writers call home, even though some are now living as far away as the Persian Gulf or El Salvador.

“What I want it to be is very, very modern, very cutting edge,’’ Hassan said of Indirom’s aesthetic. “Something the modern South Asian can relate to.’’

Readers don’t have to be South Asian to enjoy Indirom’s fresh voices, short, sharp, engaging stories and a wide array of plots.

A small town girl finds a career in the big city, but romance only when she comes home. An Indian journalist navigates professional and personal challenges after moving to marry an Indian running a call centre in the Philippines. A Buddhist monk and the daughter of a brothel owner fall in love. A Jalalabad princess finds her prince, despite her dastardly father’s plans to marry her off to a con man. Some Indirom tales even borrow characters from South Asian mythology.

All the works are 36 000 words or less. Indirom does not e-publish work already available in print and most of its writers are first-time ­novelists. Hassan and Dominic also publish translations of work now available only in regional South Asian languages, including two stories in Urdu, in their debut package.

Michael Bhaskar, digital publishing director for Profile Books, said Indirom may have hit on a winning combination with its focus on romance, which has sold well in e-book form elsewhere in the world, and its outreach to South Asian expats. He notes e-reading may not yet have caught on in India, but is increasing elsewhere.

“Every day on the tube to work, I see people reading on their phone for the whole journey,’’ said the London-based Bhaskar, who is not involved in the Indirom project. “If you’re reading something good, you’re not aware of what it is you’re reading it on. You’re just reading.’’

Romances are often the kind of stories Hassan and Dominic reach for themselves when they want an escape from the high-wire act of balancing career and family.

They say leaving successful careers to start their own e-publishing business has given them more freedom and greater control over their work and personal lives. Dominic says that when Hassan presented her with the Indirom idea, she jumped at it.

“I really wanted to create something for myself,’’ she said.

Their venture has also given them insight into what binds South Asians.

“The whole of the subcontinent, we’re all addicted to Bollywood in some way,’’ Hassan said. And “everyone’s in love with the idea of love.’’