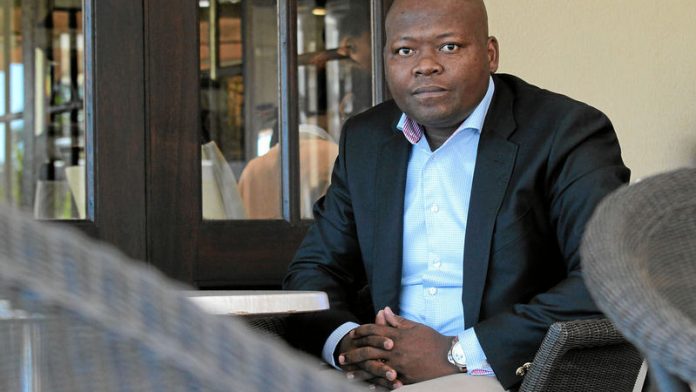 From these proceeds, Xulu hopes to recover more than R1-million in  legal fees he claims his firm is owed by the Southern African Clothing and Textile Workers' Union (Sactwu). Xulu said the money was owed for work his firm did for the commission of inquiry into collapsed investment company Canyon Springs Investments 12, which borrowed and lost R120-million of clothing factory workers' pension funds.

The inquiry found that Godongwana and his wife, Thandiwe, who owned a 50% interest in Canyon Springs and had also chaired the company at different times, were among those liable for the huge losses.

Xulu's firm was briefly blacklisted by the Bar Council as it was unable to pay in full the senior counsel it had briefed to assist in liquidating Canyon Springs.

Despite claiming it did not owe Xulu any legal fees, it was Sactwu that stepped in and paid the money that Xulu Liversage owed senior counsel hired for the inquiry.

"A payment was made on behalf of the Trilinear Empowerment Trust under specific preconditions in order to assist in the removal of Mr Xulu's blacklisting and on his request," said André Kriel, the secretary general of Sactwu. "We had hoped that such assistance would be appreciated."

A written offer
Kriel insisted that the union did not owe Xulu Liversage any money. "We never instructed it to act on our behalf in any matter."

He has since been advised that Xulu had been instructed by Canyon Springs' liquidators to claim the R1.5-million from Godongwana to pay the legal fees owed to him.

"We are not sure why, but respect that it is their prerogative to do so, if they so wish," he said.

Kriel confirmed that Godongwana had made "a written offer" to repay money, but did not explain why the money had not yet been collected. The inquiry closed with the release of its final report six months ago.

"The offer is under consideration," said Kriel.

During one of his two appearances at the commission, Godongwana spoke of how he wanted to pay back "what is reasonable and fair".

Pension-fund scandal
"I entered that business in good faith. As a former unionist whose main interest was the wellbeing of workers, I would never have wanted to cream off their pensions," Godongwana told the inquiry last year. "What is reasonable and fair to pay back, I will pay back."

Following the inquiry, Godongwana resigned from his post as deputy minister of economic development, amid allegations that he had been pushed as a result of the pension-fund scandal.

The former trade unionist told the Mail & Guardian last week he had not been approached to hand over the money.

"Nobody has asked me to do so. I did submit a letter to them with an offer," said Godongwana. "I haven't paid it because they haven't asked me for it."

Asked why Sactwu, which has taken over as trustee of the Trilinear Empowerment Trust, had not yet pursued Godongwana for the money, Kriel said: "We are definitely doing so."

Xulu is baffled about why the money has not already been collected, but it seems he will have to try to collect the money himself.

The commission of inquiry's final report had been submitted to the "relevant authorities", said Kriel. Asked whether the union was going to lay any criminal charges against Godongwana, he said he was waiting for a response from the authorities.

Criminal offence
"In the interim, we have prepared and finalised a detailed particulars of claim against all implicated. We intend to pursue this," said Kriel. "Regrettably, we are not able to publicly divulge further details at this stage as it might jeopardise our efforts."

The stakes are high because of the sensitivity of the issue and the high profile of those involved. Before the pension-fund money irregularly flowed into Canyon Springs, the company was a mere shell, reflecting R58 in debt. The company never paid back a cent of the loaned pension funds.

In the report compiled by the inquiry examiner, advocate Gavin Woodland SC, it was found that the Godongwanas were party to the "carrying on of the business of the company, either fraudulently or at least recklessly".

Any person party to the fraudulent or reckless conduct of the business of the company incurred not only civil liability, but also committed a criminal offence in terms of section 424 (3) of the Companies Act, wrote Woodland.

The commission of inquiry revealed a number of startling facts about the Godongwanas and their role at Canyon Springs: