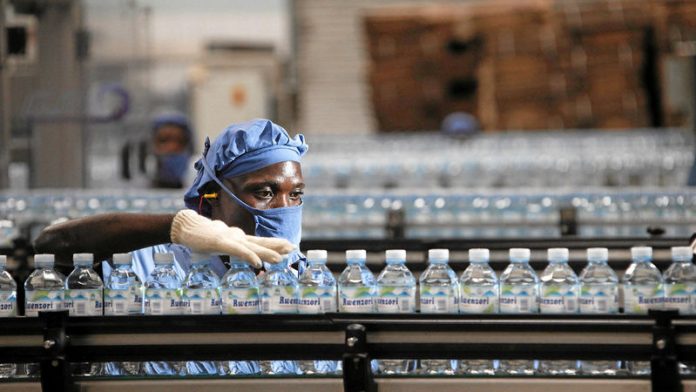 For years, the Manu­fact­uring Circle, a group ­representing companies from the sector, has been lobbying government to implement policies that would help to weaken the rand to increase exports.

Now, the rand is not only close to the rate the group requested in 2010 — between R9/$1 and R10.50/$1 — but it is the worst performing currency against 25 emerging market currencies tracked by Bloomberg.

It is also undervalued, according to the Economist's Big Mac Index and the Organisation for Economic Co-operation and Development's Purchasing Power Parity Index.

Economists such as Mike Schussler and Econometrix chief economist Azar Jammine are of the view that, with the rand being almost the only emerging currency to fall against other currencies, South Africa has a potential advantage in terms of exports, providing that the currency remains weak.

Yet this week, the Manufacturing Circle moved away from its previous position, saying a weaker rand would work against manufacturers in the long term because it would push up inflation. This would be on the back of high prices on imported components or fuel. At the most, it would give manufacturing exporters a "breather".

Call for action
In 2010, nine leading South African manufacturing enterprises, including JSE-listed groups ArcelorMittal South Africa, Bell, Hulamin and Altron, signed a declaration calling for action to deal with South Africa's currency. Zwelinzima Vavi, general secretary of trade union federation Cosatu, said at the time that a level of between R9 and R10.50 to the dollar would assist the government's plans for reindustrialisation and, eventually, job creation.

A year later, the Manufacturing Circle continued to lobby for a weaker rand. In September 2011, it said it would like to see the rand between R8.50 and R9, to neutralise the negative effects of Chinese subsidies for exporters and to ­mitigate against energy increases.

This week, the lobby group said substantial structural changes needed to be made to the environment in which the manufacturing sector operated, and that unless this was achieved companies would not experience sufficient growth to make it possible for them to export.

A survey of the sector by the Manufacturing Circle revealed that fourth-quarter 2012 domestic sales accounted for more than 60% of total sales. The thinking of the lobby group now is that the sector needs to strengthen its domestic market and deal with local structural problems before seeking to export goods.

Pan African Group chief economist Iraj Abedian, who conducts the survey for the Manufacturing Circle, said: "It appears that the companies that established themselves in the export market first had a firm footing in South Africa."

Abedian said the companies reported in the survey that, despite signs of improvement in the global manufacturing sector, the local sector was struggling with constraints.

These include government's failure to deal with and contain labour-related unrest; increasing bureaucracy and formalities; a lack of policy cohesion; a weak construction sector with little work being commissioned by government; high unsecured lending that could lead to banks tightening lending criteria; increased imports of manufactured goods; and rising input costs.

An environment for growth
The Manufacturing Circle believes the government needs to deal with these constraints and create an environment conducive to growth and job creation. The group recently called on Finance Minister Pravin Gordhan to consider a fiscal review to look at how infrastructure is funded and to ensure expansion in line with competitors. They also asked for the implementation of urgent industrial policy intervention, such as that employed by the Chinese government, to offer relief to industrial customers for increased electricity costs, which are having a severe impact on marginal companies.

Economist agree that there are constraints on doing business in South Africa, not least in increasing costs, but Schussler believes that many of these constraints, including harbour costs, import tariffs and the distance from major markets, could assist in protecting South African sectors from imports.

It is accepted that violence in the mining and agriculture sector as well as uncertainty about policy ahead of last December's ANC elective conference, a lack of investor confidence shown by capital outflows, a large account deficit and three credit downgrades in the third quarter dampened the South African economy. Added to this scenario is the subdued global economic environment.

But it is still hard to believe that the manufacturing sector is unable to derive some benefit from the weak rand. In fact, the survey showed that the sector experienced a slump in exports in the fourth quarter, compared with the third, and the outlook is no more positive, with manufacturers anticipating fragile,weak or stable conditions for the next two years.

Logic would suggest that exports from South Africa should be doing "fairly okay", said Schussler, not showing double digits, but experiencing some growth. But the report from manufacturers guards against any optimism that the situation is likely to improve in the first quarter.

Serious soul-searching
Apart from the local constraints and a slow global economy, manufacturers said an increase in antidumping duties in the eurozone and Japan was constraining access to those markets. Abedian said manufacturers expected imports to absorb the cost of any currency depreciation, so little benefit was expected locally.

Some observers of the manufacturing sector believe it needs to do some serious soul-searching regarding its performance. The sector is not known for its ability to adapt to changing market conditions like some of its biggest competitors. Because it is not quick to adapt to changing circumstances, it misses out on opportunities such as those provided by the depreciating rand, because by the time it alters production, the real value has been lost and the currency stabilises.

Confusion about the Manu­facturing Circle's message regarding the rand aside, the sector does raise some legitimate concerns. Economists and sector analysts say that government policy could be more supportive of business. A case in point is that farmers have to get permission from the Competition Commission to collaborate outside South Africa's borders. As one person said: "Let the country they are selling to regulate the products. Rather encourage exporting."

Added to this is that two sectors experiencing global decline, namely mining and manufacturing, have raised the issue of high energy costs and a lack of policy certainty as stumbling blocks to growth.

Even if the government acts immediately to address these issues, it is estimated that there will be an 18-month lag before the impact is felt and job losses are reduced. The Manufacturing Circle's data for the fourth quarter showed that, although there had been an increase of 3 000 jobs in the sector in that quarter, employment in general had been in decline since 2008.

In the meantime, the Manu­facturing Circle needs to pick a policy position and stick with it, or government is unlikely to take it seriously.

The future is uncertain, and the number of people suffering from anxiety and depression is rising
Read more
Advertising