Masekela: Ask the poor what they really need 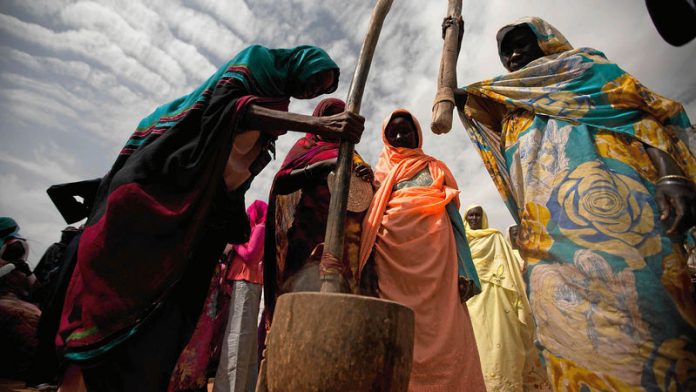 The United Nations' high-level panel on a post-2015 development agenda is engaged in a series of meetings to determine a new set of goals to replace the Millennium Development Goals, which expire in 2015. The question being asked is: What should the global blueprint be for tackling extreme poverty and other development challenges over the next 15 to 20 years?

I live in sub-Saharan Africa where, according to the UN, you will find more than 40% of the world's poorest people. Quite frankly, I think that the best way to find out what the poor really want is to ask them.

The panel has 26 members and is co-chaired by British Prime Minister David Cameron, Liberian President Ellen Johnson Sirleaf and Indonesian President Susilo Bambang Yudhoyono. They met in Liberia on February 1 and will have their last meeting in Bali in late March. Their report will be submitted to the UN secretary general in May.

Last September, the ONE Campaign released a report titled What Does the World Really Want? Astonishingly, the report showed that the world's poor were not included in the process of determining the global development agenda. They have had no prior opportunity to raise their voices to articulate their interests and needs.

The main finding in this report is that household income is the number-one concern for people all across the developing world. Families are most worried about income stability and having enough money to put food on the table, pay for their children's education, cover necessary health clinic visits and to start a small business.

When collecting and collating views about what matters most to the poor, the high-level panel needs to ensure that it brings the poor to the table. It needs to hear the voices of the poor, and to put their views at the core of the next set of development goals.

Bringing into the conversation the very people who stand to benefit the most from international development will put the poor in a position to own, champion and dictate their own development priorities.

If this doesn't happen, there is a real danger of having a report void of credibility or of no use to those it is intended to benefit.

Along with civil society organisations around Africa, I am asking for the following: first, that the post-2015 goals reflect people's needs and priorities; second, that governments collect information about what they spend and what they achieve in pursuit of the goals; and, third, that such information is made available so that citizens, parliaments and the media can use it to hold governments to account for the use of public resources.

The millennium development goals have contributed significantly to the global fight against poverty in the past decade. Africa has made tremendous progress in the battle against HIV/Aids, there has been an increase in child enrolment into school (which speaks of better education access), and hunger, although still prevalent, has been significantly reduced.

As we celebrate these achievements, however, let us not lose sight of the challenges ahead. The high-level panel has a critical role to play in building on the strengths of the Millennium Development Goals to enable people to take charge of their own development and to accelerate progress towards the eradication of poverty.

Hugh Masekela writes on behalf of the You Choose initiative of the ONE Campaign, of which he is a member. ONE is a global advocacy group fighting to end poverty

Recommendations for a nation in crisis

The SABC says it needs to cut R700-million to survive. But senior politicians have allegedly interfered to stop retrenchments from proceeding
Read more
Coronavirus