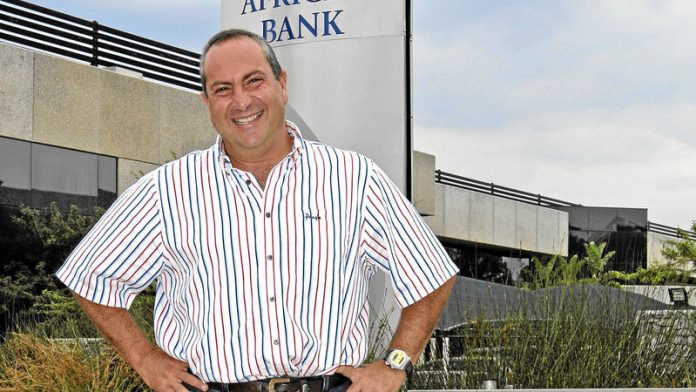 The National Credit Regulator (NCR) has recommended that a large fine be imposed on South Africa's largest lender of unsecured loans, African Bank, but industry analysts say it is a last-ditch attempt to prove its relevance in the face of a new regulatory model.

Following an investigation, initiated in October last year, the regulator referred its findings on fraudulent activity, related to manipulation of African Bank's affordability calculations, to the National Consumer Tribunal and proposed that a fine of R300-million be imposed.

In a statement, African Bank said it had discovered the problem a year earlier when one of its internal ­investigative teams found the loan origination system had been fraudulently breached by agents at African Bank's branch in Dundee in KwaZulu-Natal.

But banking analysts and some in the industry have queried the regulator's motives because it is facing an uncertain future in light of proposals for a "twin peaks" model with two regulators. How the figure of R300-million was arrived at has also proved a mystery.

"The fraudulent activity related to manipulation of African Bank's affordability calculations and affected 397 customers and loans to the capital value of R15.5-million," African Bank said in a statement. It subsequently wrote off or rescheduled the affected loans, which constitute 0.01% of the total loans granted by the bank during that period.

Factors to consider
​The National Credit Act stipulates that any administrative fine imposed may not exceed the greater of 10% of the respondent's annual turnover during the preceding financial year or R1-million.

According to the Act, when determining the fine, the tribunal must consider several factors, including the nature, duration, gravity and extent of the contravention, the loss or damage suffered as a result of it, market conditions at the time, and profit derived from the contravention.

Although African Bank's reported profit for 2012 was about R2.8-billion, its income from operations was closer to R19-billion.

"The fine and investigation appear to relate to an isolated fraud case whick took place at Abil's [African Bank Investments Limited] Dundee branch and, therefore, is clearly not a reflection of what is taking place in the overall business," said Godwill Chahwahwa, an analyst at Coronation Fund Managers.

But Chahwahwa said the bank would be able to absorb the blow. "While the amount is clearly material and still subject to appeal, if the fine is imposed, Abil has adequate reserves to be able to absorb it without putting the business under financial risk."

Leon Kirkinis, Abil's chief executive, said that although secondary market spreads on the bank's international bonds widened [indicating market concern over bond values] on the release of the news last Friday they had steadily tightened each day thereafter as the market digested the announcement.

However, the long-term effect had yet to been seen. "It is too early in the process to determine any long-term impact." Kirkinis said. "We continue to engage actively with our funders appraising them of the risk in the business and they have been very appreciative of our continuing proactive engagement."

"I think they [the NCR] do selective reinforcement. They have not been going for big banks."

At least not until now.

Ferreira said the draft legislation on a twin peaks model showed there was not much future for the regulator.

On February 1 the financial regulatory reform steering committee published for public comment a summary of proposals for implementing the new model.

"Under the twin peaks model, the financial services industry and related structures will have two regulators: a prudential regulator, which will operate within the [South African Reserve] Bank and a new market conduct regulator, which will be established from a restructured Financial Services Board," according to the proposal.

Ferreira said the move on African Bank had been a long time coming. "We welcome the matter going to the National Consumer Tribunal where the merits of the case will be heard and further developments communicated in due course. We support any steps that strengthen the industry, as the financial well-being of our customers is of paramount importance to us," Ferreira said.

Marelize Bosch, the tribunal registrar, said African Bank would have an opportunity to file opposing papers within 15 business days, to which the regulator could respond if it wished to.

Once that had been done, pleadings would be closed and a panel, consisting of three tribunal members, would be allocated to the ­matter to adjudicate.

"Tribunal hearings are inquisitorial, expeditious, informal and in accordance [with] the principles of natural justice," Bosch said.

Dismissals
African Bank said it contested the regulator's allegation of reckless lending and claimed the proposed fine was unwarranted given the facts and circumstances.

Kirkinis said the bank was preparing its response and would provide further updates when there were material developments.

Regarding the regulator's ­decision to refer the bank to the tribunal, African Bank said in a statement that, after a thorough internal investigation, three agents were dismissed for fraud.

"It was found that, in the majority of instances, customers colluded with these agents and made illicit payments to the agents in return for granting the loans."

Apart from writing off or rescheduling the affected loans, African Bank said it also corrected the customers' profiles with credit bureaus where necessary.

Lebogang Selibi, the regulator's media relations officer, said it could not comment on the matter because it was before the tribunal for adjudication. She referred the Mail & Guardian to the tribunal. The M&G was unable to obtain the application submitted to the tribunal before going to print.

Selibi said the regulator could also not comment on the allegations about its motives regarding this case.