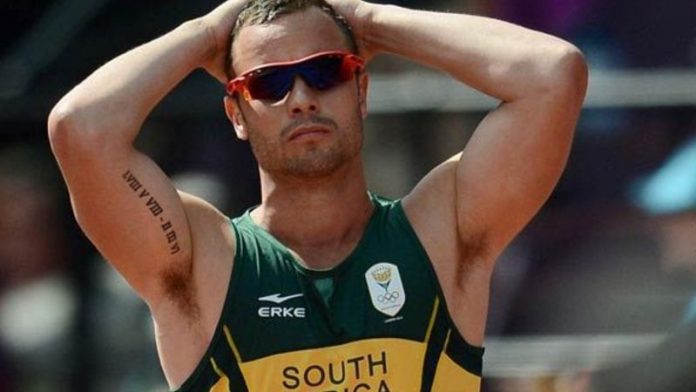 And had a reported penchant for having weapons at home.

In 2009, Pistorius spent a night in the general police holding cells of the Boschkop police station after a woman accused him of assault – the same station, near his home in Pretoria, where he was held after allegedly shooting his girlfriend Reeva Steenkamp on February 14. It was not his only brush with the law.

Pistorius initially faced a charge of assault with intent to do grievous bodily harm in the 2009 case, but that was subsequently downgraded to common assault, and ultimately never went to court. The police apologised for holding him, saying it had been an administrative mistake.

The complainant in that case, later identified as a student, Cassidy Taylor-Memmory, had apparently been a guest at Pistorius's home during a party. Pistorius issued a statement saying that the woman had used alcohol, been disruptive and that he had evicted her. Taylor-Memmory refused to withdraw the charge and the ­matter dragged on for years.

Pistorius later instituted a damages claim for more than R2.2-million against Taylor-Memmory over the incident, saying he had to cancel speaking engagements worth R40 000 each and had missed out on sponsorships by, among others, Nedbank as a result of the bad publicity surrounding the incident.

It is not the only time the athlete has had trouble with a woman, and publicly.

'A way with women'
Pistorius recently appeared with then-girlfriend Samantha Taylor in a segment on SABC television's Top Billing programme; they reportedly had a relationship lasting about 18 months, even though, during that time, the New York Post linked the runner to supermodel Anastassia Khozissova.

"Join us as we explore the idyllic setting of the Seychelles with Oscar in true Top Billing style," the programme promoted the slot. But the happy romance shown on screen did not last long.

"Oscar has a such a way with women. Strange, she is probably not the only one on his arm," Taylor told Rapport, after Pistorius first appeared in public with Steenkamp. The paper headlined the article with the suggestion that Pistorius was running a relay race with women.

The paper said Taylor had initially said she would reveal "everything" Pistorius had "put her through", but later formally retracted everything she had said and asked not to be contacted again.

In other love-life trouble, the Hawks in 2012 confirmed that Pistorius had discussed a case of intimidation with the unit, after he had become embroiled in a war of words with an apparent love rival. Pistorius had accused TV producer Quinton van der Burgh of "stealing" an unnamed girlfriend, and the Star reported that both men had threatened one another with violence, and that former soccer player Marc Batchelor had also weighed in.

Pistorius reportedly learnt of the alleged infidelity shortly after returning from the Olympic Games.

The runner was known to keep weapons around his house, including the licensed 9mm pistol seized on Thursday.

In 2011, the British Daily Mail also reported that, besides blunt weapons kept close to doors, his home also featured a "machine gun".