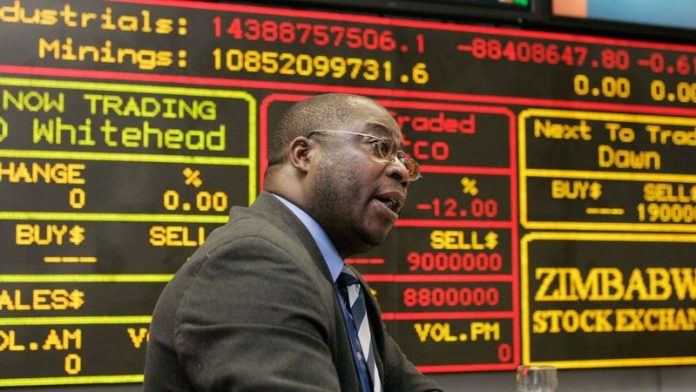 The day Finance Minister Tendai Biti claimed the country had only $217 left in the bank, fund manager Alan Mutasa signed up a new American investor wanting to spend millions on Zimbabwean stocks.

While the world feasts on bad news from Zimbabwe, foreign investors are pouring money in to the Zimbabwe Stock Exchange (ZSE), making it one the world's best performing markets.

An article in a Nigerian newspaper last week claimed the Nigerian Stock Exchange's 13.4% January gain had "dwarfed all other stock markets globally". But, in fact, Nigeria was only a distant second to the ZSE, which rose 20.3% during the month.

"That's probably because they, like many others, are still behind the curve and can't see Zimbabwe on the radar," Mutasa said. "They are missing the boat."

Foreign money is quietly pouring in, defying negative views of the country. "Some investors are looking past all that. They realise there's a big difference between what a politician says and what's real," Mutasa said.

South African fund managers Allan Gray, African Alliance and Renaissance are among those broking deals for foreign investors. But one stockbroker said most of that South African-brokered money was not South African but American and European.

The stock market's rise would be a surprise to an investor used to feeding on the standard fare of Zimbabwe news.

There are also the cold facts on the state of the economy. Growth targets have been revised downwards several times in the past year – from Biti's initial 9.4% forecast, he lowered his targets to 5.6% mid-year, before revising them further downwards to 4.4%.

Manufacturing remains depressed, at 42% of capacity, and the central bank is raising alarm over the high level of imports.

But what was touted as the death knell for foreign investment in Zimbabwe, the indigenisation law, has not seen any of the major investors heading for the exits as was feared.

The stock market has seen trade of more than $60-million since the start of the year, and foreign funds contributed 67% of those inflows. Brokers expect foreign contribution to rise as more foreigners invest.

According to data obtained from brokers dealing with foreign investors, foreigners are net buyers because purchases were currently $38.3-million against sales of $27.3-million.

Foreign investment
Why are foreigners buying into Zimbabwe?

Those involved in the market credit a combination of some progress on the political front and the fact that Zimbabwean shares are now cheap compared to their regional peers.

"The trigger has been the recent progress on the draft constitution, particularly its passage by political leaders and the pledge of support that is coming from parties in the inclusive government," Mutasa said.

But the biggest draw is a clutch of profitable companies whose share prices are cheap for big foreign money, compared to similar sized firms in other regional markets such as South Africa and Kenya.

"The few companies that have continued to receive interest from foreign funds have strong business fundamentals and yet have largely lagged behind peers in the region due to perceived high country risk. Until the recent rally, they all looked relatively cheap," a broker said this week.

The ZSE was valued at $4.56-billion on Wednesday, a level experts say is still far below its real value, reflecting how cheap it is.

Some of the gains the market has delivered were last seen in the days of the Zimbabwe dollar, when share prices, like all others, rose in thousands of percentage points daily.

If an investor had bought stock in small drugs company Medtech, they would have been 566% richer in only a month. Other big gainers were SABMiller's Zimbabwe unit, Delta, which rose 26% in January.

Fund managers say the stock market rally will continue for the medium term, although the political environment will be watched closely.

The referendum on the constitution is expected in March, with elections expected later in the year.

"The run is only sustainable if the positive outlook investors see on the politics is maintained, if not improved further," a dealer said on Wednesday.