New blow to healthcare in Zimbabwe 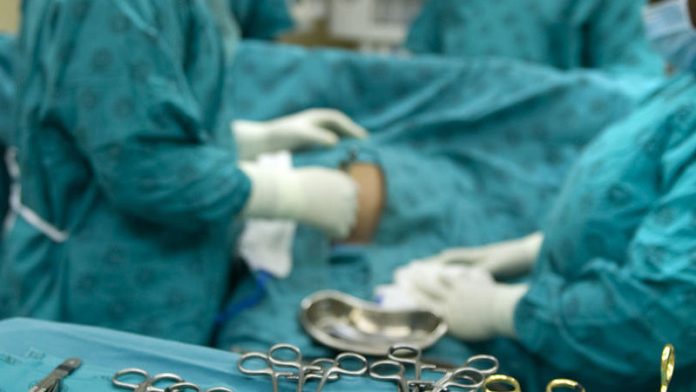 The ministry of health and child welfare has directed all institutions that train nurses to reduce the number of students they enrol because it cannot afford to absorb the nurses coming out of training, the Mail & Guardian has learnt.

In previous years, training institutions on average admitted 100 students per intake twice a year but, with effect from this year, they are only being allowed to enrol 30 for a single intake a year.

Only the government's 10 provincial hospitals and five central hospitals are mandated to train nurses and are permitted to have two intakes a year.

Health sources told the M&G that the restrictions were necessary because of the government's financial constraints, which had also resulted in the operations of public health institutions being inadequately funded.

Gerald Gwinji, the health and child welfare secretary, confirmed that the government had curtailed nursing enrolments, but he said the government was "simply reverting to normal".

Gwinji said that the decision to enrol more students for nursing  training was necessitated by the massive brain drain the country had experienced in the past decade, particularly around 2008.

"We have now gone back to normal and each intake should not have more than 30 student nurses."

Itai Rusike, the director of the Community Working Group of Health, said that his organisation was concerned that Zimbabwe was continuing to train nurses, which admittedly was putting a strain on the fiscus, but that nurses were eventually ending up on the international employment market because they could not find employment at home.

Rusike, whose organisation advocates the equitable distribution of health resources, said that reducing enrolment, coupled with a freeze on employment, would make the staff shortages in the health sector worse and would further weaken the health system.

"We are worried by this development as civil society because all along we have been saying our health facilities are understaffed and some of them are being manned by unqualified nurse aids."

Rusike said reducing the nursing intakes did not make sense because the government had been training the same number of nurses it trained in 1985 despite the fact that the population had experienced a huge increase.

Hiring freeze
The government also imposed a freeze on the hiring of nurses in 2009 and the ban remains in effect. The ban is so extreme that if a nurse dies or resigns the treasury does not allow institutions to replace them.

Finance Minister Tendai Biti last year also froze recruitment for all the civil services in an effort to reduce the country's wage bill, which he said was draining the fiscus.

Although the government recently lifted the freeze on posts for doctors, the freeze remains for all other posts in the civil service.

Zimbabwe's health structure is dominated by public hospitals and the few private hospitals are unable to absorb all the newly trained nurses.

Media reports in recent months indicate that about 2 500 trained nurses have been unable to find employment in the public service over the past two years because of the freeze, despite the concerns of health experts about low staffing levels and overworked health professionals in the public health service.

Health experts see the decision to reduce the nursing intakes as a direct response to concerns that the government continues to train nurses that it cannot retain.

Sources in the ministry of health said that in 2012 alone, the government produced a total of 1 022 trained nurses and none of them had found employment within the government.

Dr Obadiah Moyo, the chief executive of the Chitungwiza Central Hospital, one of the public institutions that offers the registered general nurse training certificate, confirmed the intake reduction.

Moyo said the hospital's January intake would not have been more than 30 students. Previously, he said, 90 and 100 students for each of its two intakes.

Brain drain
Health ministry sources said that even with the enrolment figures having been cut, there was no guarantee that the few trained nurses would be able to secure employment in the country because of the job freeze.  In the end, the sources said, the brain drain would continue.

"We have always said we have a brain drain in Zimbabwe," Moyo said.

He said the solution agreed to was to train and retain new nurses "but now that we have managed to train we find we are failing to retain, so there is something wrong somewhere".

Moyo said that by reducing the number of trainees the government would be making a financial saving that should be used to hire more nurses.

"Of course we know that the government doesn't have money, but there is a need out there; there are health institutions struggling to operate with skeletal staff."

Last month the M&G reported that because the government hospitals were not receiving sufficient funds from the fiscus, they were having to raise funds from their local communities to help to pay the salaries of hospital personnel and to buy medical consumables needed for patients.