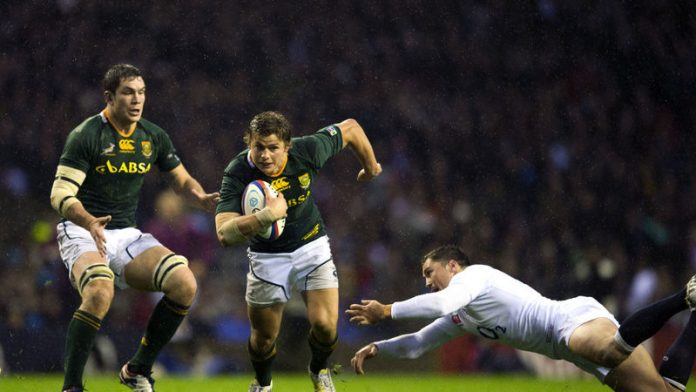 There could come a time, perhaps five years from now, when South African rugby will occupy the place in the world game currently reserved for New Zealand. That is because, after years of tunnel vision, the South African Rugby Union (Saru) has embraced an old-fashioned idea. It is an idea that ought to underpin all sport, but is frequently lost in the rush to commercialisation and it is this: we play sport because it is fun.

That can appear the very furthest from the point when the Springboks are underperforming and the Lions, Kings and Cheetahs are battling it out for the chance to play with the big boys. But what the rugby union has belatedly realised is that there is life beyond the elite echelons of the game. Accordingly, two competitions have arisen that speak to the rest of us: the Varsity Cup and the Community Cup.

The Varsity Cup was initiated by a sponsor in search of a product, but such has been its success that Saru has happily embraced the student competition. Much has been made of the number of players who have moved up to provincial rugby after exposure in the Varsity Cup, but that is largely irrelevant. What counts is the many who will never play at a higher level, the ones for whom tertiary education is far more important than sporting prowess. Those players are easily recognised – they are the ones having fun.

When the Super Rugby season begins in Australia this weekend, the South African franchises will be ­finishing their preparations for the season after three weeks of friendlies. More significantly, however, there will be a game played on the C field at Kings Park in Durban between College Rovers and Despatch. It is the beginning of a brand-new competition, the Community Cup, which aims to revive club rugby.

Rovers won the 38th and last National Club Championships in Rustenburg last year and have thus been chosen to open the new tournament with a televised home game.

It is early days and there are some aspects of the competition that need attention. For one thing, the travel bills will be immense, with teams travelling a total of 62 300km during the pool stages. For another, the fixtures have been crammed in so that a week of televised play-offs can be accommodated at Easter. But by the time those games come around, it is likely that lots of people will have had lots of fun.

Deliriously happy crowd
All of which may seem irrelevant to those who prefer to don a hair shirt prior to watching their favourite side, but the benefits for South African rugby will be immense. More people playing the game and more watching it is the Holy Grail of all sports bodies.

On a rainy Monday night in Pietermaritzburg recently, the University of KwaZulu-Natal hosted a Varsity Shield encounter with the University of Fort Hare. The Shield is a level below the Varsity Cup and yet, in miserable conditions, both sides played some excellent rugby in front of a small, damp, but deliriously happy crowd.

It was a world away from the sometimes soulless world of provincial rugby and it provided a glimpse into a future time when black players outnumber white and the aim of the game is to enjoy time off from studying or earning a living. When that day comes – and it could be far sooner than anyone realises – the elite sections of our rugby will be immensely stronger owing to a broad, happy base.

It could be argued, of course, that our elite rugby is very strong at the moment. Three local franchises – the Stormers, Sharks and Bulls – can be expected to challenge for title honours this year, which means that Springbok coach Heyneke Meyer will have plenty of quality to choose from when the international season begins in June.

The Sharks suffered a setback at the weekend, losing their inspirational captain Keegan Daniel to injury. Sharks coach John Plumtree has handed the armband to Frans Steyn, which is something of a leap of faith. Steyn has returned to the Sharks after three seasons in France and remains a maverick. Plumtree's faith in the big man's leadership skills is based more on gut feel than anything else and it could backfire spectacularly. It could also, of course, be the catalyst for the kind of stellar career Steyn's talent has always suggested.

It might even pave the way for him to lead the Springboks one day.

At a ridiculously tender age, Steyn won the World Cup with the Boks in 2007. This week, one of his World Cup teammates was forced to give up the game with a chronic Achilles injury. Juan Smith was a player coaches never had to think about. Whatever the game plan and the composition of the rest of the team, if Smith was fit, you picked him.

He had a demonstrable effect on those around him and opposition players feared his implacable spirit. The great Richie McCaw once admitted that he spent Test matches against the Springboks trying and failing to escape the attention of Smith. May his retirement be as fulfilling as his rugby career.