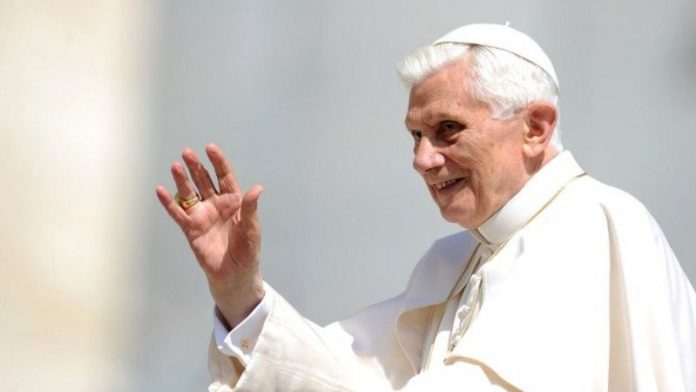 He joined Twitter last year in a foray into social media that has reaped uncertain spiritual returns and could be curtailed by his successor.

Obviously keen to avoid any leak of his resignation – which would have been a risk as his tweets are typed up by an aide – the pope announced it in person, in Latin, to a restricted group of cardinals. The video was then given to the world's media.

News of the first pontiff to resign in seven centuries scorched through Twitter, generating 1.5-million comments in the first 36 hours, according to analytics firm Crimson Hexagon.

But of those, a third were negative, criticising the pope or the Roman Catholic Church, and 38 percent were jokes. Just 7 percent were positive, expressing concern for the pontiff or hope about the future.

"We are receiving tweets that I consider not worthy of a human person," said Archbishop Claudio Maria Celli, head of the Pontifical Council for Social Communications, a Vatican office set up in the 1940s to address the flourishing film industry, but which under Benedict branched into Twitter, YouTube and smartphone download "The Pope App".

An easy target of Internet "trolls", the pope has come in for plenty of online abuse.

"It's a problem," Celli said in an interview in the marble-floored offices near St. Peter's Basilica that house the communications hub. "When you are offending in a vulgar way, that is not worthy of a human being."

Nevertheless, the 85-year-old was not "naive" in joining the micro-blogging site synonymous with instant news, irreverence and mob behaviour. "The idea of the Holy Father was simple: I want to be present where people are present," Celli said.

No hint
There was no hint of the resignation in recent tweets, sent from a locked room in the Vatican from a computer kept especially for the purpose and fortified against possible hacks.

Last Sunday, one day before the announcement, he tweeted: "We must trust in the mighty power of God's mercy. We are all sinners, but His grace transforms us and makes us new."

The only tweet from @Pontifex since then was on Ash Wednesday, the start of lent this week, when he reminded his more than 1.5 million online followers the Christian fasting period had begun.

The Vatican's communications apparatus, put in place mostly by Benedict's predecessor, is readying for its busiest weeks since John Paul II's death and Benedict's election in April, 2005.

The day Benedict announced his resignation, hits on the Vatican's news website jumped from 14 000 to 190 000 in a day, forcing technicians to switch from one to four servers to prevent a crash.

Benedict is likely to send his last tweet on February 28, his final day as pontiff before he departs the Vatican in a helicopter.

After that – during the "Sede Vacante" or "Empty See" when there is no pope – the @Pontifex Twitter account will be silent.

Anyone with "The Pope App" on their smart phone will be able to watch for the white smoke that heralds a new pontiff on a live stream trained on the chimney of the Sistine Chapel.

Benedict's push into online media was part of a battle that was central to his papacy: to win back believers in the rapidly secularising developed world. But patchy success means the next pontiff may choose not to Tweet.

"It will depend on him for sure. When the new pope will be elected we are going to present to him such an opportunity," said Celli.