As Africa rises, Europe loses grip on Catholic power base 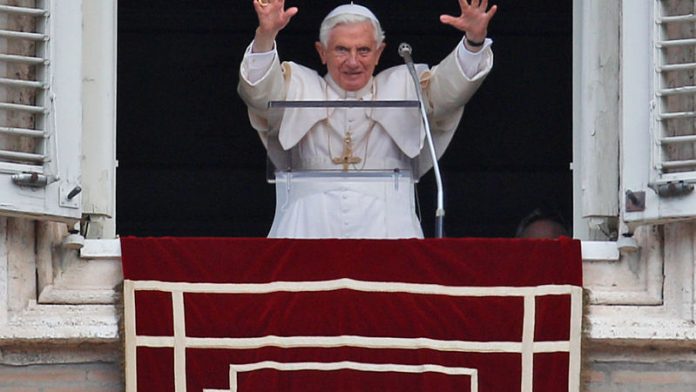 The muted light of an African sunset filters into the high, pointed roof of Christ The King church in Accra, a wide, understated building just metres away from the seat of government in Ghana's capital city. Outside is one of the longest traffic jams in the country, but the rush hour chaos of filthy exhaust fumes, street hawkers and traffic police is somehow blocked out in the church, where densely packed pews of worshippers are cooled soothingly by the whirring of two dozen fans.

It is evening mass on Ash Wednesday and smart Accra residents have trickled towards Christ the King until even the chairs outside are full. Each one dips their fingers in holy water at the door, bows or curtseys before the statue of an alabaster Virgin Mary, and sits quietly in prayer or contemplation waiting for the service to start.

When it does, Father Campbell — the Irish priest who leads worship at Christ the King — speaks of the first day of Lent in the distinctive tones of his home country: "Lent in old English means 'spring' — spring is always beautiful. After a wet, cold winter, or early nights and cold, sombre days, spring comes with new life, birds returning from Africa, and buttercups …"

The scene painted by the priest is a world away from Ghana's year-round tropical heat, the destination for the birds whose flight from a wintry Europe Campbell describes. But no one seems to mind. For many of Ghana's 2.5-million Catholics, faith is unshakable.

"Here in Africa, we centre everything on God," says Akua, a 25-year-old fashion designer who has been attending mass at Christ the King all her life. "This was always in our African culture, but now that we have gotten to know so much about God and experience his works, we will never go back."

Ghanaian Catholicism is in the spotlight as never before following the tumultuous events in Rome last week, when Pope Benedict announced he would step down at the end of the month.

Shock at the announcement of the first papal resignation since 1415 immediately gave way to strong feelings of optimism that two cardinals from West Africa, Ghanaian Peter Turkson and Nigerian Francis Arinze, were frontline contenders to be next in line.

For worshippers such as Akua, it's a difficult thing to get one's head around. "For us it's strange that our Christianity is growing, while theirs is declining in Europe," she says. "They are the ones who brought Christianity to Africa! Are they trying to tell us that what we are doing is not the right thing? I feel that if they took the time to get back to God, most of their problems would cease."

At a large house set deep in a palm-tree laden garden in one of Accra's smartest suburbs, not far from Christ the King, one of the church's most prominent members describes his view that the Catholic church is an unshakable institution in this part of the world.

John Kufuor, former president of Ghana, is one of the country's best-known Catholics and displays his faith proudly, a large framed picture of Christ on the cross adorning his living room wall, nestled among pictures of him with George Bush and Condoleezza Rice, the King of Asante and other dignitaries from his time in office a decade ago.

"We Africans, even before we knew Christianity, have always believed in God. There is an adage in the Akan language — 'obi nkyere akwadaa Nyame' or 'nobody teaches a baby to believe in God'," he says. "We are born with the knowledge that there is a supernatural force — I believe it is inborn in us."

The belief for many that to be African is to be religious is one of the cultural factors which has helped the Catholic church to grow across the continent. There are now 30-million Catholics in the Democratic Republic of Congo alone — the 11th biggest Catholic population in the world — where 50% of the population is Catholic. There are almost 18-million catholics in Nigeria, 10-million in Angola and 2.5-million in Ghana. The strength of the church is reinforced by an increasingly central role in education, health and other aspects of development.

"All churches in Africa are growing, and the Catholic church is the biggest and certainly the best organised and most structured and disciplined," says Paul Gifford, a Senegal-based emeritus professor of religion at the School of Oriental and African Studies, part of the University of London.

'Biggest development agency on the continent'

"In terms of its social involvement, it must be the single biggest development agency on the continent, with 12 000 infant schools, 33 000 primary schools, 10 000 secondary schools, and 20 universities in Africa. There are parts of DRC where anything that happens is because of the Catholic church, the state doesn't function there at all. Looking at the continent as a whole, I don't know of any other organisation that can come near that. It is without question one of the most salient social forces on the continent."

Many in Africa feel that, as the significance of the Catholic church in Africa continues to grow, so should the role of Africans within its centre of power, the Vatican.

"It would be very good to have an African pope," says Akua. "It would make people realise how much we Africans are getting involved in the Catholic church. People would realise that in countries like Nigeria and here in Ghana, we are not just about voodoo, we know about God too."

"I know Cardinal Turkson, and I would say he is a man of distinction," says Kufuor. "For him to have to have made it to the level he has in the Catholic church at his age is a phenomenal achievement. I'm a human being, I suffer from the frailties of man, including vanity, so naturally I would be very proud if a Ghanaian became the pope. But the selection of a pope is a phenomenon that I credit to God's destiny."

But not everyone agrees that the ever-higher profile of the church in Africa is a good thing. Some critics, even within the Catholic church, fear that the church is exceeding its proper role and attempting to act as a substitute for functioning institutions of state.

"The problem in our situation is that religion has become an excuse for the total collapse of the architecture of state," says Matthew Kukah, Bishop of Sokoto in Nigeria.

"In Nigeria the judiciary, the law enforcement agencies, the entire ruling elite is corrupt. The opening of the political space at the end of military rule has been accompanied by the insatiable expression of greed by political elite, who have turned out far more corrupt than the military ever were. And people like me are being called upon to help rebuild the society. I am not an elected official, this is not my role.

"There were times when religion responded to the social situation such as we found in South Africa under apartheid. But overthrowing apartheid is not the same as ridding the countries of corruption. Those are not things religion has the capacity to do."

The threat — or to use the old missionary terminology, "sheep stealing" — posed by the new Pentecostal and charismatic churches is something which young Catholics say troubles them deeply.

"We have a unique way of celebrating our mass. Wherever you are — Ghana, Nigeria, US or London, it's the same routine. But many of my Catholic friends have diverted to other churches. They enjoy the whole vibe, the charismatic way of fellowshipping, the whole noise thing," says Anthony (27) also a member of Christ the King. "They think the Catholic church is too routine, they want the noise-making."

"It's very common in many parts of Africa that the Pentecostal churches have been 'sheep stealing'," says Matthew Engelke, senior lecturer in anthropology and an expert on African churches at the London School of Economics.

"One of the reasons is that the Pentecostal churches are seen to speak better to local cultural traditions and ideas of the spirit world. They take seriously the ideas of spirit possession, witchcraft and other things which — at least in some traditions of Catholicism — have been downplayed and denied."

But the fear among Catholics that their church is being overshadowed by newer, noisier churches still occurs within a context where the main complaint about Catholicism is that it is too powerful — something which church leaders elsewhere in the world may view enviously.

"The church here is strong, it is not going to decline, and I think it is time we had a black pope," says Anthony. "It's not that it matters if the pope is black or white, it's that so many ideas about God come from here. If we had one of our own in that position, those ideas might start to affect the church." – © 2013 Guardian News and Media Limited

So far, most countries on the African continent are dealing with Covid-19, but not all leaders are taking the coronavirus pandemic seriously
Read more
Article

Cardinal George Pell, found guilty earlier this year on five counts including oral rape and molestation, will begin his appeal against the convictions
Read more
National

Women are not permitted to be deacons in the Catholic Church, but that could soon change
Read more
World

Australian Cardinal George Pell was sentenced in a Melbourne court on five counts, including oral rape and molestation of boys in 1996-1997
Read more
World

A court in Lyon ruled that Cardinal Phillip Brown was guilty of failing to report the abuse of a minor between 2014 and 2015.
Read more
National

South Africa's system failures: Paedophile allowed into the classroom, and SAA pilot flew for 25 years — with no licence
Read more
Advertising
Continue to the category
Politics