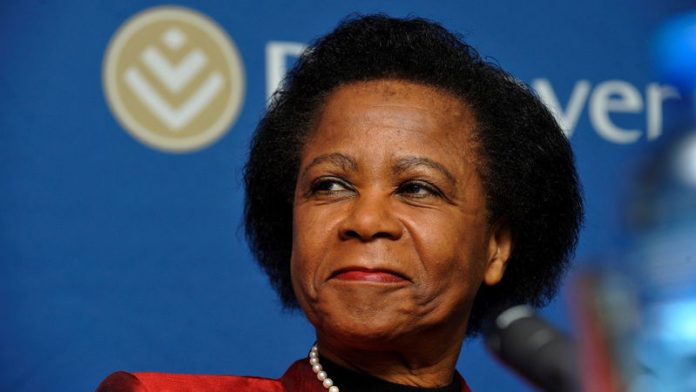 Mamphela made her announcement on Monday at a press briefing at Constitution Hill, ending weeks of speculation around her political plans.

Agang, which means "build" in SeSotho, will be a platform that declares war against corruption.

Ramphele also said the decision to enter politics was a difficult one. "Let's build the country of our dreams," she told the media contingent.

Rumours of her intention to start her own political party started after reports in January said she was on a visit to the United States to collect money for a new party and rallying ambassadors for support. She was also quoted expressing her intentions to join active politics, saying she was "entering politics to save her country".

According to the report, Ramphele thought stronger opposition was needed after President Jacob Zuma was re-elected ANC president at the party's elective conference in Mangaung in December.

Ramphele added fuel to the controversy earlier in the month after resigning as the chairperson of Gold Fields. Ramphele said she decided to retire "to further her socioeconomic and political work".

But analysts, the Democratic Alliance and the ANC said Ramphele would struggle to provide a viable alternative to the current political status quo if she intended to form a political party.

Media reports suggested last year that Ramphele would be joining the DA as a replacement for incumbent leader Helen Zille and Zille tried to get Ramphele to join her party last year, but she declined and formed the Citizens' Movement, a nongovernmental organisation. She said at the time that she had never joined a political party in her life.

"I am not a joiner but a change agent. I have always seen my role as a change agent supporting any appropriate transformative process initiated by any South African," she said at the time.

'No Sunday picnic'
The ANC has in the past dismissed her criticism of the ruling party as opposition politicking.

ANC secretary general Gwede Mantashe said at the time her comments were an indication of her intention to enter active politics. "If she wants to join the DA or form a political party, she will soon find out that it is no Sunday picnic," he added.

Ramphele cut her teeth as an apartheid activist while studying medicine at the University of Natal in the 1970s. She became increasingly involved in student politics and was one of the founders of the Black Consciousness Movement, alongside Steve Biko. She was specifically involved in organising and working with community development programmes through the movement.

In 1975, she founded the Zanempilo Community Health Centre in Zinyoka, in the Eastern Cape – one of the first primary health care initiatives outside the public sector in South Africa.

Due to her political activities, she was banished to the town of Tzaneen from 1977 to 1984 by the apartheid government. – Additional reporting by Sapa

In a democracy, this means learning about self-governance
Read more
National

Agang's Eastern Cape branch has thrown its weight behind Mamphela Ramphele following factionalism over an account opened up to receive an IEC refund.
Read more
Analysis

Zille: Ramphele was a ‘risk worth taking’

The DA leader admits it was a risk trying to bring Agang into the party, but says Mamphela Ramphele reneged on their agreement.
Read more
National

Ramphele to join the DA, or not?

Agang SA leader Mamphela Ramphele has rejected a joint statement issued by the DA in which it claims Ramphele will accept DA membership on Monday.
Read more
Sci-tech

Many people have never heard of the Technology Innovation Agency (TIA), they see it as an acronym in a science system beset with lettered shorthand.
Read more
Advertising