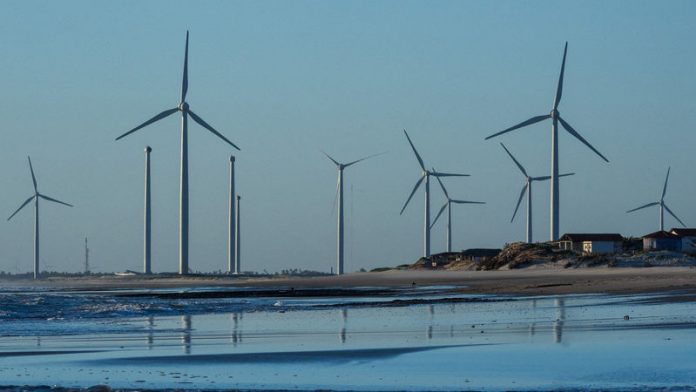 This was the conclusion of a panel discussion on renewable energy at the Africa Energy Indaba on Tuesday.

"Capital follows certainty, which is why we struggled to get to the place where we now have investment in renewables," said Thomas Garner, chief executive of energy company Cennergi.

As one of the successful companies in the second bid phase of the Independent Power Producers Programme, he had to go through the constant delays and setbacks of that process.

Garner said getting access for funding was a huge obstacle at first because it was a totally new in industry locally. There was also little forthcoming from overseas because of perceived risks around Africa, where investors do not realise they can get fantastic returns for what are safe investments.

In Europe their money would be doing nothing but a pension fund investing in renewables in South Africa could make a 12% annual return on its investment, he said.

An investor in the room said that he was in South Africa purely because it now had a more certain set of regulations around renewables, so was an attractive place to invest in renewables.

'Massive competition'
Garner said: "We must commend the government for designing a great programme where there is a lot of certainty. This led to massive competition in the market and prices lowering as they do."

This saw the price of renewables steadily decrease over the two bid windows. In the first one, wind projects could provide electricity at R1.14 per kilowatt-hour, which dropped to 89c per kilowatt-hour in the second window.

But this, Garner said, should be near base level as there would have to be another leap in technology for anything lower than this to be sustainable.

For the whole region to benefit this knowledge and expertise had to be pushed further north so the region could be connected in one electric grid. This would allow different areas to supply what they wanted – so a windy place could give turbines and a desert solar energy – and ensure that there was constant power, he added.

"We must not forget what an amazing market Africa is. You just have to look at cellphones [for example]," he said.

Mark Tanton, the head of renewable energy company Red Cap, said it was an exciting time for the country. "A lot is happening but it has taken a long time to get there."

'Serious investment'
With the second window closed and the third to close at the end of the year, there were already eight wind farms and 18 solar projects breaking ground across the country.

"This is all because we finally have a policy framework that allows people to invest and now there is serious investment happening," he said.

The energy department's plan to widen the renewable mix – doubling the initial maximum of 3 725MW – and have several more bidding windows would do even more to bring investors in, he said. "This is all quite predictable, which is why it is being financed," he said.

The problem now was to localise some of the benefits of the independent power producers. This should bring jobs and money into the local market. But while renewables were providing a solution to lack of access to remote communities in the rest of Africa, he said Eskom's price for electricity would stop that.

"Renewables are not the panacea for rural areas and the poor. Even if you have mini grids, if it's expensive people will not use it," he said.

In the past it was a problem of policy limitations but with this gone she said clients were clamouring to get their bids into any subsequent rounds, regardless of past delays. "It seems that it is a good story we are telling," she said.

With the rapid drop in the price of renewable power she said she hoped the "red herring" of high prices that opponents to renewables bring up would go away. "Prices have gone down considerably, and we should not allow those red herrings to stop us from doing what is right," she said.

Gloria Magombo, head of Zimbabwe's Energy Regulatory Authority, said renewables in her country were only gaining traction in isolated communities where donors were working; "Solar mini grids have been rolled out into 100 villages and schools and clinics have benefitted from them."

But the problem for many of these was after the donors left or contracts ran out, when things like batteries reached their expiry date. Then it was too expensive to import replacements. What the continent needed to do was start localising as much of the renewable technology as possible, so poorer communities could benefit.

Africa has 15% of the world's population but only 3% of its primary energy consumption. According to the Africa Energy Outlook 2040, only a third of people have access to electricity.

The Africa Energy Indaba, the regional event for the World Energy Council held annually to discuss energy issues across the continent, is being held until Thursday.