Pistorius: Public interest has trumped interest to the public 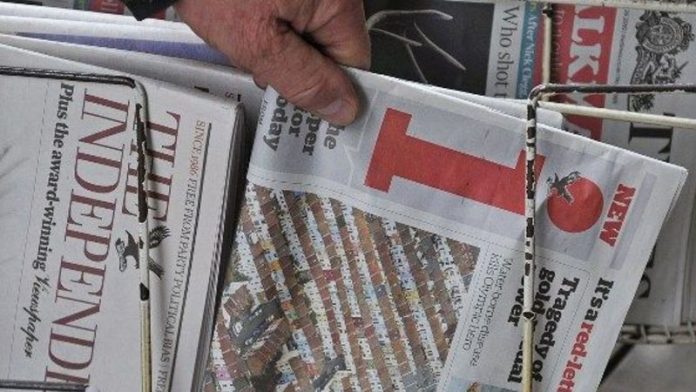 As a school boy we were always told not to point as three fingers point back at you. As with any big news story, coverage of it by mainstream media raises a number of ethical issues, and lots of complaints about media coverage.

Yes, media may be at fault in some areas, but people need to look at the sometimes diabolical comments made on social media and consider the implications, and ask if they are as careful. Like the three fingers, these big stories also reveal a lot about the media and power in society

For one thing it highlights that if you are wealthy, live in an urban area, are good looking and, yes we cannot avoid race, if you are white, you will get preferential treatment. Not just by the media but by political parties, the justice system, and on social media.

Of course there is more to the Oscar Pistorius-Reeva Steenkamp story. It is a perfect news story, the death of someone so popular, "beautiful", with her career set to boom and her life ended by a local and international sports hero. The fall of a hero almost always makes better news than an ordinary person simply killing another person.

The story is huge; journalists from three different major news organisations I have spoken to have said it is the story of the year. This is a bold claim in South Africa where just a few months ago we managed to hit international news because of the death of 44 people at Marikana.

The president's State of the Nation Address was relegated to inner pages and the analysis was also further reduced. The story is prominent even in the Daily Sun, a paper that normally has a very different agenda to mainstream media. Business Day was notably the one exception. We need to ask however if the story merits the huge attention and the relegation of, arguably, issues of greater national importance. This appears to be a case where the public interest has been trumped by what is of interest to the public.

Fall of a hero
Surely our government plans to combat gender based violence require deeper discussion and analysis than a tragic murder and fall of a hero? We cannot only blame the media for this. Instead we need to look to ourselves, the audience, as it is the audience who drive the interest and insist on the stories on this matter over any other.

But it is worth asking just who the audiences are. Is the story as big in small community media? By Tuesday, the Daily Sun had already moved away from the story. (The exception again is the Business Day who seem to be steadfastly focused on following their own agenda of business and politics and well done to them for doing so).

Are the other stories on rape or education not as interesting to the public because of the complexity of the issues? Is it because they are more often focused on issues and not individuals? Or is it because of the manner in which they are reported and communicated? Perhaps it is a combination of all of these. These are questions all of us need to address.

The story is huge, but despite this we see preferential treatment. For one thing it seems to be obligatory when referring to Steenkamp to note that she was a "model" or that she was "beautiful". Perhaps if these aspects had only been mentioned a few times it would be acceptable, but repeated so often it takes on significance; somehow her death is all the more tragic because she was beautiful. Yet her physical looks or modelling career have no bearing on her being killed and its importance.

Compare her to Anene Booysen, a 17-year-old who was mostly described as a girl, with more attention paid to her wounds and how she had been gang-raped than who she was as a person. In contrast, we know Steenkamp was "beautiful", a "model," but also so much more. We have seen interviews and tributes to ensure we have a much fuller sense of who she was as a person; we are able to empathise with her family and friends, even though most of us never knew her.

I think it is appropriate that we know this, and good for media to humanise her, and despite emphasising her "beauty", to also give us a sense of who she was as a person. In comparison we know so little about Booysen, or about the wife in a home in Daveyton, whose husband killed her and cut off her head.

Instead, these women have become symbols or objects for people to vent their anger, frustration and despair about violence and gender-based violence in particular. Surely they also deserve to be treated with dignity – to have their full selves represented; for us to know they too had families; what they liked; what their hopes and dreams were.

Inequality
It is easy to blame the media. To a degree, however, it is merely reflecting the inequalities of the society it exists in. Pistorius is wealthy and has a legal team of at least three. He also has a dedicated spin doctor and a pathologist. The accused in the rape and murder of Booysen has a state-appointed attorney. This is not to suggest that Oscar should not have the team, it is in his best interests, but it does point to fundamental inequalities in our justice system, where wealth and power make crucial difference to justice. It is horrific but is not unique to these cases or to South Africa.

Both the Steenkamp and Pistorius families have had media access carefully mediated. Spokespersons have been appointed within the families and media by and large have respected these. The Steenkamp family were clear about having a private ceremony. Even though the media crowded outside the cemetery, the family's wishes for dignity and privacy were respected. (There were some ethical and legal violations when a number of media houses ran images of Pistorius crying in court despite the explicit instructions of the court. The news organisations have since apologised.)

In contrast we saw the family and friends of Booysen in their most private grief. Not only were the media present but politicians used the opportunity for their own agendas. Few would suggest politicians should never speak at funerals but to use the funeral to politic seems crass and disrespectful in the extreme.

Like Steenkamp's, the family and friends of Booysen also surely deserved time to deal with the death of a loved one and not have the time hijacked? Where was the sanction for the parties concerned? There was some media critique, and we saw a story in the Times about how a spokesperson was suspended for criticising a leader for comments at Booysen's funeral.

We need to recognise that we are all complicit and all have a role to play in upholding the systems that allow, and to degrees justify, violence and gender-based violence, and before we blame the media for our ills we need to consider the broader context.

This doesn't let media off the hook though. Our media can and should be criticised and held accountable when they cross lines and when they are unethical.

We aren't going to see a sudden shift away from the Pistorius story. What we can demand is that in addition to the sensation and gratuitous detail, that we also have stories that explain how the country's criminal justice system works. Already, for the first time in my life, I know the difference between schedule five and schedule six offences. It's a start but there is so much more we need to know. What are our gun laws and when can guns be taken away?

There are also hearings in Parliament on the Dangerous Weapons Bill, a great opportunity to link what the Bill seeks to do with a real case, but the link seems absent at this stage. How can we reduce violence in South Africa? What are our understandings of masculinity? What should our government be doing to eradicate gender-based violence? What can citizens do? How can we make sure the next time a celebrity is arrested on charges of gender-based violence and the charges are withdrawn that the story continues? How many of those celebrities own guns? Should they still have them?

Media pride themselves on their ability to hold the powerful accountable. How can we ensure the media can hold celebrities accountable beyond the spin, beyond the shock and horror? If we can shift some of this, if media can shift the manner in which they report on gender based violence, beyond the actual crime, maybe Booysen's and Steenkamp's deaths and thousands of others might not be so utterly futile.

William Bird is the director of Media Monitoring Africa.