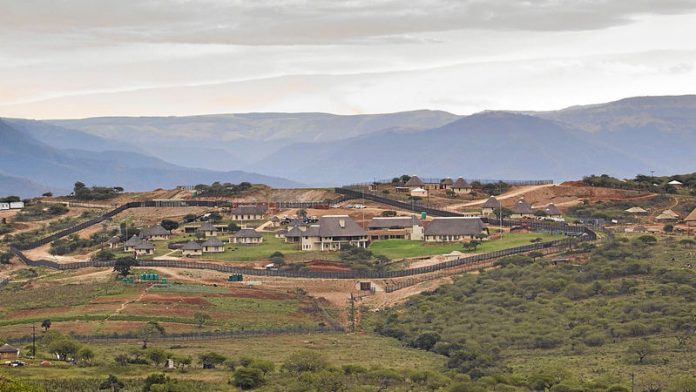 Cronin became the first senior member of the government to publicly criticise the National Key Points Act, which the government has relied on in its refusal to reveal detailed information about the security upgrades at President Jacob Zuma's private home in Nkandla.

In a prepared speech, which Cronin delivered in Parliament on Wednesday afternoon in response to Zuma's State of the Nation address, he described the Act as anachronistic and problematic.

"This Parliament does need to look at this anachronistic and problematic piece of legislation, it may well be unconstitutional," he said.

Cronin did not read out his views about the Act while delivering his speech. These points were part of a prepared speech that was sent out to the media by both his party, the ANC and by the government communication and information system, GCIS.

The public works department repeatedly cited the National Key Points Act when refusing to give details of  the R206-million Nkandla upgrades.

Nkandla a national key point
Public Works Minister Thulas Nxesi has on several occasions intimated that Nkandla was a national key point, and so required special security arrangements, which could not be made public because of laws prohibiting this.

The ANC government has attracted fierce criticism from both political and social commentators and opposition for its reliance on an apartheid era law in refusing to reveal details about the Nkandla upgrades.

In his speech, Cronin took a swipe at Congress of the People's leader and former defence minister Mosiuoa Lekota saying that he "forgets that he has got his fingerprints all over it".

He agreed with Lekota's characterisation of the Act as "dastardly apartheid legislation" but added that Lekota had an opportunity to amend the Act while he was defence minister.

Cronin said in March 2004, by proclamation as minister of defence, Lekota piloted a change to the Act.

"Did he use the opportunity to transform this piece of legislation dealing with security around sensitive localities to be in line with our new democracy? In line with our Constitution? No. He simply changed the definition of the responsible minister from defence to police, passing the buck," said Cronin.

Lekota's response
Asked to respond to Cronin's speech, a livid Lekota asked why Cronin did not raise the matter in his speech in the legislature.

Although he admitted to "doing something" to the Act while he was still minister, he insisted: "I would never approve an Act that says a private home is a national key point".

Earlier this week, the Right2Know campaign, which lobbies for increased access to information and government transparency, claimed the use of the National Key Points Act rose by more than 50% over the past five years.

"The secrets hidden in the expenditure on the president's private homestead in Nkandla may be indicative of a much wider abuse of national security secrecy," said the campaign.