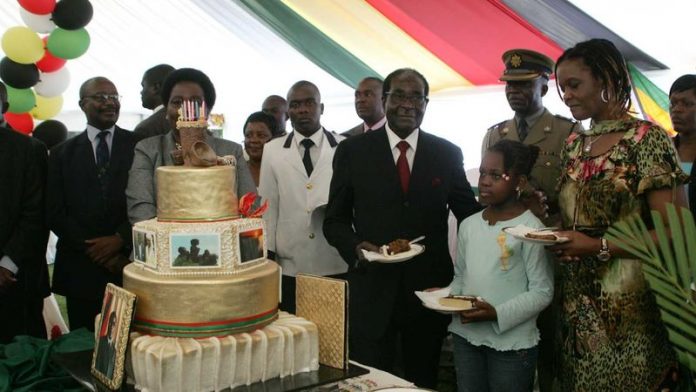 Mugabe is preparing for what could be one the closest election battles since he came to power in 1980.

Few Zimbabweans are ruling out victory for the 89-year-old Mugabe even though his country, once an African success story, is in a decade-long economic slump worsened by Western sanctions and more than four fifths of the population is unemployed.

Since Mugabe was forced to share power with his chief political rival after a disputed election in 2008, the economy has shown tentative signs of recovery.

Rampant inflation has calmed, the mining sector is buoyant and agriculture is picking up after turmoil caused by the seizure of farms from their white owners under Mugabe's policy of black empowerment.

Mugabe, Africa's oldest president, maintains that Zimbabwe's difficulties stem from a Western plot to re-colonise it, a view that strikes a chord with his supporters, who see the sanctions as punishment for a justified campaign to wrest their country's wealth from the hands of foreign corporations and the white minority.

'God's choice'
To his critics, Mugabe's land seizures and a drive to force foreign-owned firms to sell majority shareholding to locals has delayed economic recovery by discouraging foreign investment.

They say Mugabe, long admired as a liberation hero and pragmatic leader, has turned Zimbabwe into a basket case and squandered national goodwill by clinging onto power through ballot box rigging and intimidation.

The champion of African popular rule has looked increasingly to God to bolster his claim to leadership.

Addressing his staff at a party they hosted for him on the eve of his 89th birthday, Mugabe was serenaded by one of the country's leading gospel singers and spoke of the solitude he has felt since many of his relatives and independence-era comrades died.

"Why is it that all my friends are gone and my relatives are gone and I continue to linger on? Then I say to myself, well, it's not my choice, its God's choice," Mugabe said at the party late on Wednesday, which was attended by state media.

"This is a task the Lord might have wanted me to fulfil among my people … ," he said. "I read it as a bidding of God … The bidding says you move forward ever."

More than 4 000 out of an original 4 500 white-owned farms have been seized since 2 000 under a programme he says is aimed at correcting land ownership imbalances created by colonialism.

Mugabe's Zanu-PF party has endorsed his candidacy for the presidential elections, which he and his arch-rival Prime Minister Morgan Tsvangirai have agreed to hold around July.

"I hear a lot of people talking about a tight race, but with his record I just don't see how Mugabe can win a free and fair election," said 28-year-old Charles Simukai, who was selling fruit on the streets of the capital Harare.

He said Mugabe should have retired from politics to play an advisory role as a senior statesman.

Tsvangirai says Zanu-PF rigged and robbed him of victory in three major violence-marred polls since 2000.

Many Zimbabweans say the fragile power-sharing government that has held together since 2008 has helped to make Zanu-PF less autocratic.

Supporters of Tsvangirai say he enjoys the support of an army of new young voters who might be less intimidated by such methods.

"The general consensus is that you need a free and fair election for a real democratic outcome … but there is no consensus that Zimbabwe will get that," said Eldred Masunungure, a political science professor at the University of Zimbabwe.

Questions over health
Mugabe has spent the last two days reorganising the country's electoral commission and discussing funding for his campaign.

Some officials in Zanu-PF's politburo worry privately that he is taking risks with his health and want him to hand over the reins to a younger figure.

But nobody has openly challenged Mugabe – the result, to some, of a generous patronage system that rewards loyalty and his long-honed skills in outwitting potential rivals.

Mugabe appears fit and alert in public, but he is widely believed to suffer from ill health that could make it hard to cope with the pressures of the campaign trail.

A June 2008 US diplomatic cable released by WikiLeaks said Mugabe had prostate cancer that had spread to other organs and was. According to the cable, he was apparently urged by his physician to step down in 2008.

But Zanu-PF appears to have accepted that Mugabe has manoeuvred himself into a position where he ends up president for life, a position that opponents say he wants as security against possible prosecution for rights abuses.

"What we have … is a president celebrating his 89th birthday while planning on how he can continue in power after so many years in office. That is not normal," said professor Masunungure. – Reuters