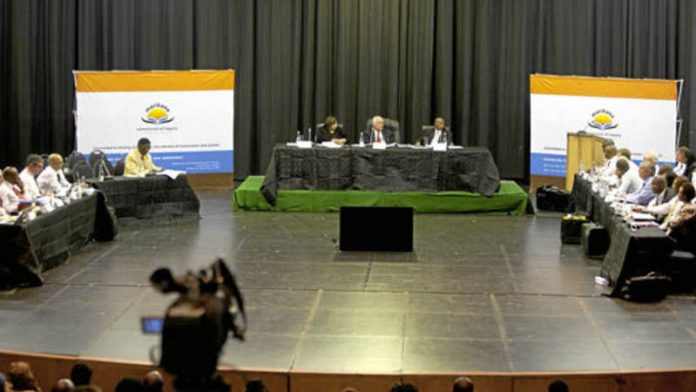 Siphete Phatsha, a miner who was wounded on August 16, said he carried a sharpened iron rod and a panga after hearing the rumour, which was later disproved.

"I wanted to use them to protect and defend myself in case the National Union of Mineworkers came and attacked us as before," he said through an interpreter on Thursday.

He testified on Wednesday that he carried only a stick on August 10 and 11. Last week, Lonmin miner Vusimuzi Mandla Mabuyakhulu testified that he was shot and assaulted during the march to the NUM's offices at Lonmin Platinum's Marikana mine on August 11, and that two gunshots were heard during the march.

Terry Motau, representing Lonmin, asked Phatsha who it was that told the strikers to carry more weapons.

He replied that no one had instructed them to do so, but they had decided for themselves that this was a necessary precaution.

Phatsha said he heard that the rumour was false only after August 16, when he was in hospital. He also acknowledged that there was no new information, between August 12 and 16, to suggest the NUM intended to attack or threaten the strikers.

'Seek revenge'
Motau said: "Beyond the 12th, what justification do you give for carrying dangerous weapons?"

Phatsha said: " … We were attacked by the NUM and there is no way you cannot carry your weapons". He denied that the weapons were carried to seek revenge on the NUM."

The commission is probing the deaths of 44 people during an unprotected strike at the mine last year. On August 16, 34 striking mineworkers were shot dead and 78 were injured when the police opened fire while trying to disperse a group which had gathered on a hill near the mine.

Ten people, including two police officers and two security guards, were killed near the mine in the preceding week.

Commission chairperson Ian Farlam asked why the strikers feared an attack by the NUM, when there were many police nearby.

Phatsha said: "We carried those weapons because we didn't know whether, after the police left, we would be attacked [by the NUM]."

At the time, strikers did not know when the police contingent would leave the area. They also did not ask the police to stay and protect them because "no such thoughts crossed our minds", Phatsha said. – Sapa