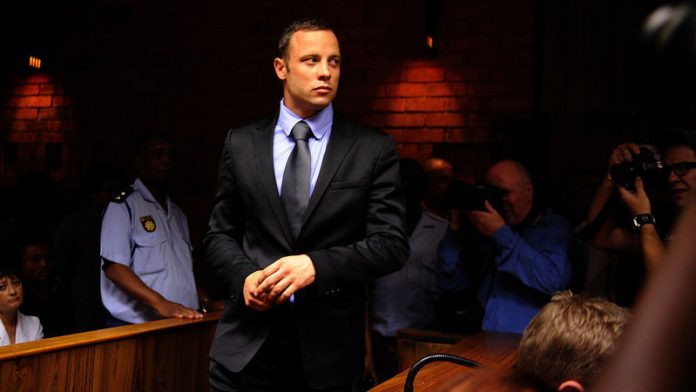 Oscar Pistorius is emblematic of South Africa. The story of a disfigured man rising above his own unfortunate history to shine heroically is in synch with the mythology of a country disfigured by apartheid; a country that rose above this terrible past, for a flickering second, to become an international symbol of humanity's triumph over adversity and what is most evil in man.

However, the truth about South Africa's peaceful transition and the everyday of democracy is as messy as the contested version of events on February 14, when Pistorius is alleged to have killed his girlfriend, Reeva Steenkamp.

But for all the parallels between the double amputee and the country he represented so heroically on the running tracks of the Paralympic and Olympic Games there is now a fracture. In Pistorius's defence of his shooting of Steenkamp – whom in his affidavit he stated he mistook for a burglar – the man dubbed the Blade Runner has articulated, to the point of triteness, the most popularly espoused white middle-class South African paranoia.

Pistorius talked of being "acutely aware" of crime. Of the fear of "violent crime being committed by intruders" in his home – a post-apartheid narrative, consistently told by white South Africans. Yet studies have generally shown that black South Africans are most often the victims of fatal violent crime.

The Centre for the Study of Violence and Reconciliation's 2008 Streets of Pain, Streets of Sorrow report on violence was based on six policing areas with high murder rates over a five-year period. It found that more than 90% of the murder victims were black Africans in all of these areas, except one, where the percentage of black Africans killed was lower (51%), but still the leader, among race groups.

Pistorius's father, Henke, reflected this almost irrational white obsession with violent crime in a recent interview with the UK's Telegraph. Explaining his son's alleged action on the morning of February 14, he said: "When you wake up in the middle of the night – and crime is so endemic in South Africa – what do you do if somebody is in the house? Do you think it's one of your family? Of course you don't."

In defending his actions on Valentine's Day, Pistorius has seemingly put post-apartheid South Africa in the dock for its perceived failures, especially around crime levels.

South Africa's construction of masculinity
His seeming penchant for guns has, through the details in his affidavit, also apparently demonstrated the impulses of some whites in South Africa since 1652: to use firearms to protect their possessions and their womenfolk against the black natives.

The male as hunter, explorer, protector of women and killer of natives is intertwined in South Africa's construction of masculinity. So is the use of guns. It includes the apartheid militarisation of white youth who had cadet lessons at school where they were taught to march and, in some cases, shoot firearms.

Pistorius exhibits other aspects that are drawn out in the South African Medical Research Council's 2011 I Had a Hard Life report, which explored childhood adversity in the shaping of masculinity among men who killed an intimate partner in South Africa. They include hardships, such as his disability after both his legs were amputated at 11 months, the traumatic loss of a parent (his mother at the age of 15) and an absentee father. The last is rife in South Africa owing to divorce, disinterest or a migrant labour system that ensures sons grow up far from male father figures.

Pistorius told the UK's Guardian in a 2011 interview that his father "wasn't around much when we grew up. I saw him seldom – and it's the same now. He lives and works very far from me, on a dolomite mine."

The 26-year-old athlete described his father to the Guardian as "a cool guy but he's more of a mate. He's not much of a parent. It's just life."

Pistorius and his father seem to share a fascination with guns. According to a recent Beeld report, Henke also kept several guns and once, infamously, shot himself in the testicles while cleaning one of them.

Paranoia, gun obsession and a lack of male role models are just some of the factors that appear to coalesce in Pistorius. These factors are also burnished in the institutions where junior sportspeople are made – their schools. Most South African international sportspeople in codes like athletics, rugby and cricket emerge from single-sex schools like Grey College, Bishops and Selborne College. In this case, the school is Pretoria Boys High, where, like others of its ilk, patriarchy and misogyny seem to be entrenched through "traditions", rituals and institutional DNA.

Bonding and aggression
Sports like rugby – which academics such as Robert Morrell suggest was used after events such as the Battle of Isandlwana in 1879, which the British lost, to rebuild a shattered white masculinity – feature prominently in the masculine tribal pride at these schools. The focus is on brotherly bonding and aggression.

The bubble that develops around internationally successful sports stars also creates a sense of dislocation from the real world and of impunity for whatever actions they may perpetrate .

During the state's questioning of detective Hilton Botha at the Pretoria Magistrate's Court at Pistorius's bail application hearing on February 20, prosecutor Gerrie Nel recalled an incident at a Johannesburg restaurant in January when Pistorius had allegedly accidently set off a firearm.

According to Botha, the athlete had "asked [the owner of the firearm] to take the rap for him and that person did".

Nel continued along that line of questioning, asking Botha: "He allowed somebody else to take the blame?"

'Fuck up'
Pistorius's legal team later suggested that the gun had gone off when it was being passed to Pistorius under the table.

In another incident, when Pistorius had threatened to "fuck up" someone over a woman and it eventually appeared to be heading towards a civil action claim, Pistorius's friend Justin Divaris had allegedly intervened and had tried to make the matter disappear.

According to Botha, Divaris had stated that if the incident was made public, it would affect a "McLaren [car] sponsorship coming through" for Pistorius.

"Then he got away with it?" Nel asked Botha.

"Then he got away with it," confirmed Botha.

All this is not to say that Pistorius is guilty or innocent of the premeditated murder of Steenkamp. Just that he is very much a male born and bred of this country – a South Africa that is contradictory, complex and, yes, violent.