State of the Nation: More spin than substance 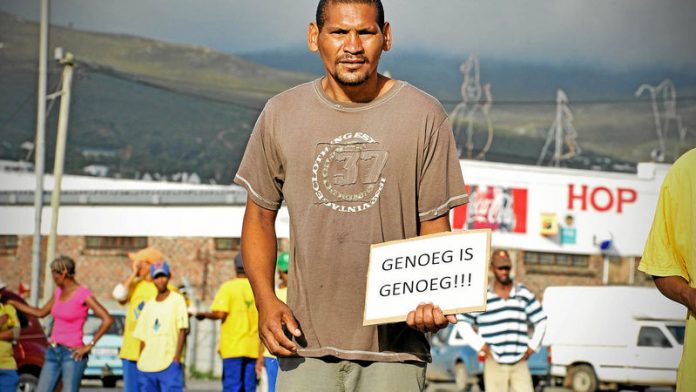 The killing of Reeva Steenkamp by Oscar Pistorius last week upstaged President Jacob Zuma's State of the Nation speech. The irony was not lost on South Africans, who are confronted daily by interpersonal violence, threats of violence and insecurity.

It did not help that the speech was widely criticised as uninspired. To be fair, even a highly rousing speech, similar to that of United States President Barack Obama's recent State of the Union address, would have been hard-pressed to beat the sensational Steenkamp story as the media's lead story of the week.

With the horrific rape and murder of Anene Booysen fresh in our minds, there was some expectation that the president would spell out a clear and concerted approach to a number of ­critical crime and security issues, such as the pervasiveness of sexual violence and the heavy-handed police response to strikers at Marikana and other sites. Disappointingly, Zuma's remarks on an envisioned response to crime and violence were more spin than substance.

The South African Police Service had a demanding year in 2012, with senior leadership changes, high-level scandals involving the integrity of crime intelligence, as well as being required to respond to complex public-order policing scenarios.

The Independent Police Investi-gative Directorate received close to 5 000 complaints about policing in 2011-2012, an increase of almost 50% since 1998-1999. Most complaints entailed police misconduct and criminal activity, a significant number involving murder, attempted murder and assault. About 15% related to deaths in police custody.

Despite these challenges, thousands of dedicated and professional men and women in blue continued to struggle against extraordinary odds to contribute to safety in South Africa, with close to 100 officers losing their lives in the line of duty.

Belligerent strike action
An important lesson from 2012 was that sustained belligerent strike action in vital sectors (such as mining) exposes the South African economy to considerable risk, thus undermining the government's economic growth targets. Zuma said the government would "put measures in place, with immediate effect, to ensure that any incidents of violent protest are acted upon, investigated and prosecuted". But a policing approach that does not escalate or exacerbate violence in such situations is essential: we need a modified policing doctrine and strategy that can adapt to the growing multi­fariousness of public protests.

Zuma touted the establishment of the National Council on Gender-Based Violence as a key mechanism in response to crimes such as rape. This entity has diverse representation, from inside and outside government, and the potential to provide direction on this issue. But Zuma intimated that its main role would be to campaign for change. There are many campaigns on sexual violence in South Africa, including the 16 Days of Activism for No Violence against Women and Children.

What is urgently required is strategic thinking and sustained implementation of appropriate ­violence-prevention measures. Some gender activists have expressed concern that by not prominently locating the council in government structures, such as in the office of the president, it could easily be marginalised.

Sadly, there was no indication that the government would increase funding to credible civil-society entities that provide essential services to victims of sexual violence. Reports from these organisations show that the current awareness of rape has meant an increase in rape victims seeking counselling and support.

The State of the Nation speech was silent on long-term strategies to reduce incidents of sexual and other violence. There are no easy answers, given the entrenched and multi­faceted nature of the problem, but there is solid evidence to suggest that the mainstreaming of primary ­violence-prevention programmes, particularly in schools, could ­emasculate the social norms that underpin ­sexual violence.

Oscar Pistorius: Leave of appeal’s not a reflection on Masipa says Gerrie Nel