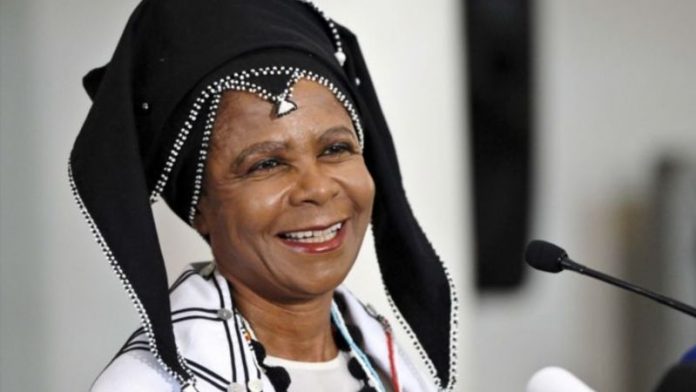 The vow to look. Look. Look. Look. Then listen. And then look some more. That was the framing that was missing from your much-anticipated Monday speech launching your new party, Agang.

You promised to end "the humiliation and disrespect of our apartheid past". But there are greater humiliations than an overflowing township toilet. Invisibility is a deep humiliation: remember the bully who barrelled right into you in the school corridors, knocking your books out of your hands, and then claimed with a smirk that he just "didn't see you"?

For research for a book, I recently spent some months with two groups of South Africans who became a locus of last year's unrest: miners and farmers. Yes, they wanted to make more money. Yes, they wanted houses and college entrance for their kids. But to start, or even most of all, they said they just wanted to be seen, to be visible.

The farmers were so-called "emerging" – read: struggling – black farmers in Limpopo, a difficult province whose highway gilded with glittering game resorts gives way to back roads where collapsed land-reform farms and shrivelled livelihoods cling to the dusty arteries like fruits rotted past their harvest date but unable to fall off the vine. Many of these farmers, shunted onto farms they did not necessarily want by a blinkered policy, acquired wisdom through their suffering about the pitfalls and potentials of land reform. They understood from the papers that land reform is a subject of major concern to the government. Why, then, they wondered, did no leaders ever come to ask them or anyone they knew about what they had learned? Getting accustomed to never seeing an official face, they started to suspect the officials in Pretoria did not think they knew anything of use at all. They told me they suspected the people who make it to Gauteng look back in contempt on those who stayed in the countryside as losers who could not find the path to the big city. And thus the seeds of resentment were sown where the real seeds had withered.

A few weeks after the Marikana massacre, I witnessed a group of miners talking about Julius Malema. They were gushing over his visit and I wondered why they put special hope in him when he represented much of what was alleged to be wrong with the political class as a whole: purported corruption, a luxurious personal lifestyle. The difference, they said, was he showed up. "When you are eating, look at us!" one of the miners exclaimed. "At least he is looking at us. Even as he walks away from poverty, he is looking back at us."

Episodes of unrest like service-delivery protests are often described in the press as "violent". They can be at peak moments but what they mainly are is performative. Burning tyres and looting shops are performances. They are calls for an audience. I was told, before visiting the ongoing Marikana strike, that the miners might be afraid to speak to me. I found just the opposite. They danced extra jubilantly when I was pointing my camera, clamoured to show off their hand-lettered signs. Yes, they were marching for higher wages but also for more intangible forms of recognition: recognition as men, as individuals, as potent souls worthy of being immortalised in a photograph.

The wonderful writer Bongani Madondo has travelled widely among South African youth. "They are saying, 'Fast-track post-matric training, deal or help with university fees we can ill afford anyway," he told me, when I asked what the people he talks to want the most. "But most importantly they are saying, 'Come to talk with us, and don't stay up in your big office parks and fancy conference rooms and talk to us. They are saying, 'When you want our and our mothers' votes, you come down here promising gifts. Once you get voted into power you are nowhere to be found.'"

Speaking to reporters, Dr Ramphele, you said you intended to consult "every citizen" on your way to the 2014 elections. How exactly that monumental task will be accomplished remains unclear; you suggested you'd use social media to "multiply your troops," but South Africans deserve a more flesh-and-blood witness. How about taking Hillary Clinton as a model, devoting a few weeks or a month solely to a "listening tour" throughout the country?

Like you, Clinton came from a high-powered background (hers in law) that opened her up to accusations of elitism. Like you, she long hovered on the edge of American politics, associated with it originally via her partner, the two-term president Bill; never entirely of it; and yet tainted by a broader political culture that was soaked in scandal.

In 1999, gearing up to formally enter politics herself with a run for a US Senate seat, Clinton undertook a so-called "listening tour" of her state of New York, devoting special time to rural and right-wing areas that were politically uncomfortable for her. The tour was just a few days. But it made an incredible difference in building trust and reversing her out-of-touch reputation. Eight years later she ran for president as a particularly beloved candidate of the working class, a niche that would have seemed unthinkable before the "listening tour" and other efforts to increase her visibility to ordinary people – and their visibility to her.

Trust in political elites here is profoundly broken. But Clinton showed how substantially it can be improved by briefly – but intensively – seeking out the substance of people's lives. "My journey is the journey of a searcher," you said in Monday's speech. Why not begin the next phase of your journey by searching out your country?

Eve Fairbanks is an America-born writer living in Johannesburg, working on a book about South Africa.