‘A good start’ for Cosmos after beating Magesi 2-0 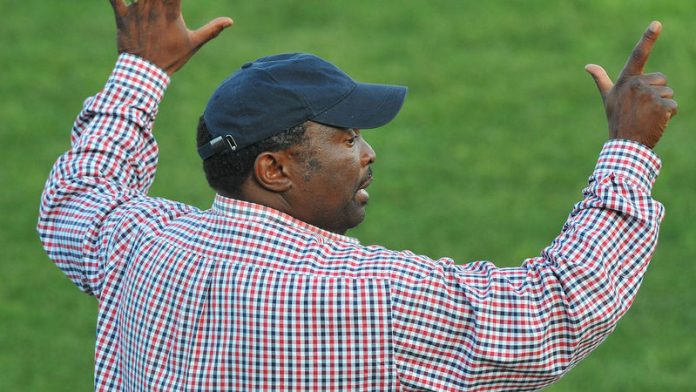 "I thought it was a hard game, it was difficult," Sono said following the match.

"They had nothing to lose. They came here with a lot of determination and they gave us a run for our money."

A brace from striker Phethego Maebela sent the first division side marching into the next round.

At times, Cosmos looked as if they were under prolonged pressure from their little known opposition.

"Magesi are super-fit, highly motivated and if they beat us they would have become heroes."

Cosmos showed their dominance from the first whistle, and broke the deadlock a mere 90 seconds into the contest, which pleased the visiting coach.

"It's a good start for us. That's what we wanted, we wanted to get the early goal so that they had to trail, but we knew that once we led, they would come at us and open up holes at the back," Sono said.

"We wanted to play on the counter, but our strikers didn't use that advantage. We could have scored four or five."

In Sunday's other results, Free State Stars beat Witbank Spurs 1-0, Platinum Stars were too strong for Dynamos in their 1-0 victory, while Bloemfontein Celtic outclassed Milano United AFC 4-1 at the Free State Stadium.

SuperSport United edged Moroka Swallows 5-3 in a penalty shoot-out in Atteridgeville, with scores locked at 0-0 after extra-time.

Chiefs' victory
Premiership leaders Kaizer Chiefs coasted past Wits with a 3-0 victory in Nelspruit, and Chippa United were ousted in a 3-2 defeat to first division side United FC in Moruleng.

Golden Arrows made light work of Vardos FC, beating the minnows 4-0 at Makhulong Stadium in Tembisa.

Palacios not happy with Pirates’ fans