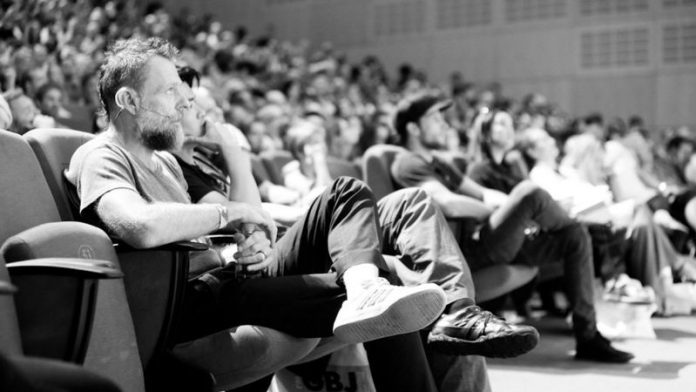 When pioneering American graphic designer Paula Scher takes the stage at the Cape Town International Convention Centre on Wednesday morning she’ll be kick-starting the 16th Design Indaba Conference – a three-day creative fest that attracts a stellar cast of local and international speakers as well as delegates from the corporate, creative and academic professions who come to power up on inspiration.

Design has increasingly become a key focus for brands low, medium and high. Apart from being an opportunity to network and an immensely stimulating few days for attendees, the conference serves to highlight the vital role that design (and even art and craft) can have in economic, social and cultural development – a notion that will come into focus sharply next year when Cape Town becomes the World Design Capital 2014.

Four venues around the country are holding live simulcasts of the conference. Information and tickets are available on the Design Indaba website.

• Paula Scher, a globally renowned graphic designer and partner at multidisciplinary design firm, Pentagram. Scher created a new visual identity for the New York City Department of Parks and Recreation and her work is represented in several permanent collections, including at the Museum of Modern Art in New York.

• US-based Alexander Chen is a programmer and designer who makes musical and interactive work. He has collaborated with superbrands including Google. One of his recent projects transformed a visual map of the New York subway schedule into a playable musical instrument.

• Spanish-born, UK-based product designer Oscar Diaz clients include MUJI and Veuve Clicquot. Diaz’s latest project is a response to the peculiar but familiar phenomenon of children enjoying a toy’s packaging as much as, or even more than, the object itself. His ‘Tube Toys’ use the packaging as an integral part of the item’s construction.

• Daan Roosegaarde is a Dutch artist and designer. From his design lab, Studio Roosegaarde, he explores ‘the dawn of a new nature evolving from technological innovations’. One intriguing example of this: the Intimacy 2.0 range of garments that turn less or more transparent in response to the wearer’s heartbeat.

• David Adjaye is the principal architect of Adjaye Associates, a global practice with projects ranging from a new low-cost housing complex in Harlem, New York, to the redesign of the Smithsonian National Museum of African American Culture and History. He was awarded the OBE for services to architecture in 2007.

• Critically acclaimed for his unique brand of Afro-futurism, South African musician Spoek Mathambo will close out the conference. He’ll be joined onstage by The Smarteez, The Brother Moves On and Bogosi Sekhukhuni – a new vanguard of local creatives working at the intersection of fashion, art, film, music and design.

A tightly curated showcase of South African design, the Expo is more than just about the art of shopping. It’s an interactive platform to view the newest work of established and emerging creatives across the disciplines of advertising; craft; jewellery design; décor; furniture; fashion, industrial, product and graphic design; visual arts; new media; and publishing. Running parallel to the Expo is a line-up of guest speakers, workshops and fashion shows.

Catch the tail end of the Design Indaba Film Fest – nightly rooftop screenings of must-see documentaries with Diana Vreeland: The Eye Has To Travel (February 28); and Marina Abramovi?: The Artist Is Present (March 2).

Date: On until March 3

Crisscrossing the city as well as musical genres, 32 local and international musicians are set to play eight venues in ‘an audio venture like no other’. Lounge, electro/Afro-funk, punk rock and jazz (Hugh Masekela and American legend Larry Willis, no less) are all represented.

For the full line-up and to buy tickets click here.