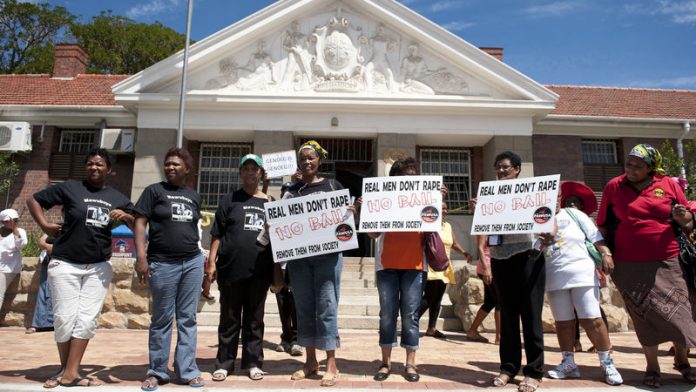 The judge said Davids (22) had not proven that there are exceptional circumstances that would compel the court to set him free, EyeWitness News reported.

Davids's co-accused Johannes Kana had not applied for bail.

Davids pleaded not guilty to the crimes on Tuesday.

Earlier on Wednesday, the families said they wanted to hear first-hand what happened on the morning of February 2, when Booysen was attacked.

The court heard on Tuesday that Davids was convicted of theft last February and received a five-year suspended sentence.

He also had three assault cases withdrawn against him in Bredasdorp, in September 2007, January 2008 and October 2011.

Booysen (17) was left for dead at a construction site near her home, in the early hours of Saturday morning, after visiting a sports bar. She had reportedly worked as a cleaner for Asla Construction.

She died in hospital later that day. An investigating officer in the rape and murder case of Booysen has testified that the man Booysen named before she died was known as Zwaai.

Doleen Olivier was testifying in the bail application of Jonathan Davids, one of the accused, whose nickname was Zwaai and whose family name was Teikentakke.

Davids on Tuesday said his arrest was a case of mistaken identity. Olivier has also testified that before Booysen died, she said that between five and six men had raped her.

So far police have only arrested Davids and his co-accused, Kana.  – Additional reporting by Sapa

The sentencing of Johannes Kana - convicted for the rape and murder of Bredasdorp teenager Anene Booysen - has been postponed.
Read more
National

The state will seek life imprisonment for Johannes Kana, convicted of the rape and murder of Anene Booysen, when he is sentenced on her birthday.
Read more
National

Johannes Kana has been formally charged with the rape and murder of Anene Booysen, according to media reports.
Read more
Advertising
Continue to the category
Politics