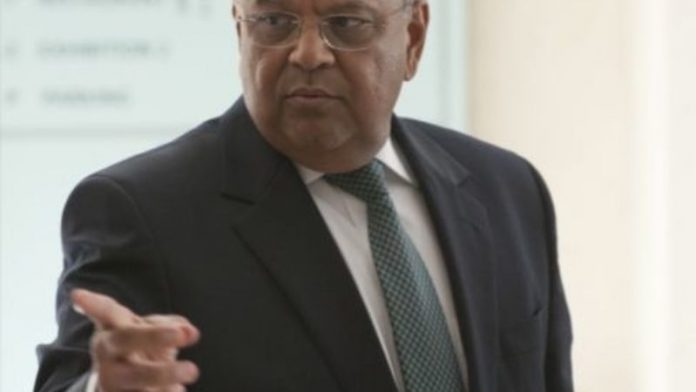 The environment is dealt with under a section on the 'Low Carbon Economy'.

Built on the national development plan, it shows a clear move to embracing low-carbon growth. "The development plan further calls on government to send a signal to industry and consumers that we are living in an environmentally stressed world," said Finance Minister Pravin Gordhan.

He immediately dealt with all the speculation around the carbon tax. In last year's budget he announced that it would be coming with this budget. But this has been put back to 2015.

"Government proposes to price carbon by way of a carbon tax at the rate of R120 per tonne of CO2 equivalent, effective from January 1 2015," he said.

To soften the impact of this tax, a tax-free threshold of 60% of a company's emissions would be set. Further allowances would be made for companies that reduced their emissions and those that were trade-exposed, he said. These recommendations are the same as the ones made in a 2010 discussion paper on the tax.

An updated version of this will be published by the end of March for further consultation, he said.

He gave special mention to rhinos, which get R75-million in the mid-term. "Government continues to direct spending towards saving our rhino population, who remain under threat," he said.

The initial R800-million for the Green Fund would be topped-up with an additional R300-million. This comes after 590 applications were received for the first phase of this funding.

"We are also encouraging the private sector and smaller public entities to be creative and develop low-carbon projects through the Green Fund," he said.

Overall, the department of environmental affairs is to receive R1.2-billion over the spending period. This includes R344-million for the oceans and coast research programme and R390-million for South African National Parks "to improve infrastructure and equipment".

This would all aid job creation. "Environmental programmes funded by the department will continue to be an integral part of the government's public employment strategy," said Gordhan.

Problematic time period
​Harald Winkler, of the energy research centre at the University of Cape Town, said the announcement of a time period for the carbon tax was necessary.

But it was also problematic given that in the previous budget the time period given was for the tax to start this year, so how could that number be trusted, he said.

“I am disappointed that it has not come in this financial year,” he said. “This is not a new idea. It started in 2004 and we had the first discussion document in 2010. At some point it requires bold leadership from the treasury to say the tax is happening now,” he said.

He did say an important proposal was the one to phase out the electricity levy on non-renewable sources of electricity, which currently stands at 3.5c/kWh. This will effectively be replaced by the carbon tax, but will broaden the tax to other sectors, he said.

The R300-million extra for the Green Fund was “substantial” but in context not that much.

“It is still a tiny fraction of the investment in electricity supply, coal haulage to Richards bay or other parts of the infrastructure programme,” he said.

Last Friday the Chinese ministry of finance published a statement detailing tax reforms it was undertaking. This included efforts to “improve and implement tax policy to support energy conservation, environmental protection and comprehensive utilisation of resources".

It promises to “actively promote environmental tax reform” and bring “carbon dioxide emissions into the scope of the collection”.

No price has been announced, but the ministry suggested in 2010 that the tax could be around R14 per tonne of carbon dioxide, increasing to R70 by 2020. In the United States a proposal for a $20 a tonne is currently standing before the senate. This works out at around R180 a tonne.