Budget 2013: No income tax increases but fuel levies up 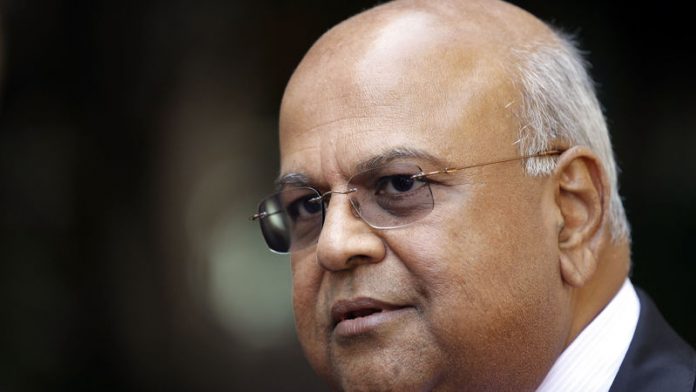 Taxpayers may have avoided any increases in income tax or value added tax (VAT) in the 2013 budget but South Africans will have to deal with rises in sin taxes and fuel levies, coupled with a spike in the country's sovereign debt levels due to a drop in tax revenue.

“What we are saying today is that we are constrained but we are taking adequate action to deal with our challenges,” Finance Minister Pravin Gordhan told journalists on Wednesday in a pre-budget press conference.

In the R1.15-trillion budget delivered by Gordhan, it was announced South Africa’s national expenditure would be revised down by R10.4-billion over the next three years.

This was in response to tight fiscal conditions and 2012/13 tax revenues falling R16.3-billion below the 2012 budget projection.

Accordingly, the country will need to borrow an extra R497-billion to fund state spending, increasing the country’s net debt to R1.7-trillion or an alarming 40.3% of gross domestic product (GDP).

"South Africa’s economic outlook is improving, but requires that we actively pursue a different trajectory if we are to address the challenges ahead,” said Gordhan.

“Growth at 2.5% might not look good when we are compared to some of the competitor countries, but when compared with the most important parts of the world, its actually quite good,” he said.

Fuel duties and sin tax
Attempts to bolster government revenues will see an increase in fuel duties as well as tax increases on alcohol and tobacco purchases.

In April an increase of 23 cents will be implemented on fuel levies of which 8 cents of which will be directed to the Road Accident Fund.

A can of beer will see a 7.5 cents duty increase and R3.60 on a bottle of spirits, while a packet of 20 cigarettes will now cost 60 cents more.

There is also a proposal of a phased implementation of carbon tax that could see vehicle owners pay from R75 to R90 for every gram of carbon dioxide emission above 120g.

In spite of revenue restrictions, R7-billion worth of income tax relief was included in the budget, specifically aimed at those earning less than R150 000.

Education once again took the largest slice of the budget, with an allocation of R232.5-billion – the largest sum of which is set aside for basic education at a total of R164-billion.

This translates into old age and disability grants increasing from R1 200 to R1 260 foster care grants being raised from R770 to R800 and the child support grant being boosted to R300.

Although budget allocations for health received a 4.5% boost to R133.6-billion, a framework for the rolling out of  the national health insurance would only be decided later this year.

Gordhan also revealed a tax incentive scheme would be implemented to encourage companies to employ young workseekers countrywide, as well as workers of all ages in special economic zones.

“This does not amount to a set amount being set aside by fiscus for funding, but rather when the actual employment takes place, the employer will receive money back through lower payments to pay-as-you-earn tax,” he said.

This could be interpreted as a watered down version of the controversial youth wage subsidy, which was approved by government but blocked by ANC alliance partner Cosatu.

The overarching message from Gordhan was that government expenditure should be stringently monitored to ensure an adequate return on investment on state programmes.

Focus on national development plan
?Accordingly, he said all spending by government would be scrutinised and budgetary allocations would be adjusted according to performance. “South Africa needs to start cutting its cloth according to its suit. You may come in asking for a full suit but in reality only leave with a pair of trousers,” he said.

To this effect, Gordhan said a chief procurement officer would be appointed to oversee all state purchases and align the Public Finance Management Act to prevent state officials from doing business with government.

In conclusion, the minister called on all sectors of South African society to pull together and work towards the goals envisaged in the national development plan (NDP).

The NDP is a plan for the country through 2030, which aims to boost South Africa’s growth prospects to 5% a year in the hopes of eradicating poverty and unemployment

“We have many downsides to the South African economic picture, we have many upsides as well, but those upsides are mainly about turning potential into reality,” he added.

“It's about uniting all the forces around this and other government programmes in a way [that allows us to] do the things we need to do.”