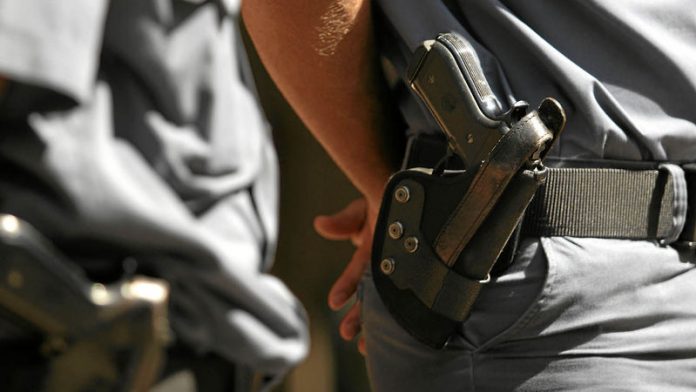 In an amateur video, broadcast by the eNCA on Thursday, Mido Macia is seen tied to the back of a South African Police Service vehicle and dragged down the street. The channel said he was dragged from the police van for about 400m.

According to the Daily Sun on Thursday police then “took him to the cop shop where, say other inmates, they beat him to death”.

Issues allegedly arose between Macia and the police after he argued with them about parking his taxi. A large crowd of people formed when the trouble started.

The video shows the 27-year-old being assaulted. He was tied with his back to the vehicle and was then dragged behind the van.

A spokesperson for the Independent Police Investigative Directorate said in a statement that during the argument, Macia allegedly assaulted the constable and took his firearm.  The warrant officer overpowered the taxi driver and gave  the firearm back to his colleague.

“The policemen put the resisting suspect into the back of the police van and took him to the station where he was detained. The taxi driver was found dead at [9.15pm],” the paper reported.

An inquest into Macia's death was opened.