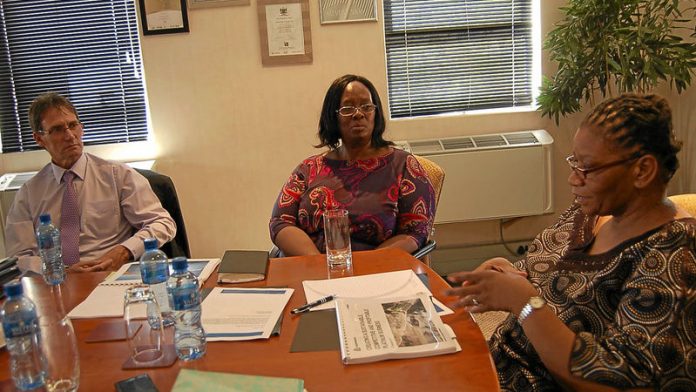 North West's MEC for Finance, Paul Sebegoe, is an ambitious man, but one with a plan.

"We are targeting 2014 to have a clean audit from all state departments and have put in place a turnaround strategy to deal with all the issues raised by the auditor-general," he said in an interview following the opening of the provincial legislature in Mahikeng on Friday February 22.

"We want to be able to quantify the expenditure of state resources without any queries from the auditor-general.

"He has also raised concerns about the deviation from predetermined objectives, so we have monitoring and evaluation systems in place to ensure that we don't have a shifting of funds and that they stick to the programmes that have been approved."

The province does not have a very good record with the auditor-general's office, which was unable to issue a clean audit report in its two most recent annual assessments for any of the 24 municipalities and four municipal entities.

Sebegoe said his department had put in place a turnaround strategy based on the list of areas identified by the auditor-general's office as needing attention. This includes implementing a risk management system, as well as monitoring and evaluation processes to provide greater control over the province's finances.

He suggested that the provincial treasury partner with bodies such as the provincial department of local government and housing, the South African Local Government Association and the University of the North West to address capacity-building in municipalities.

The auditor-general's interventions as part of the province's turnaround strategy included quarterly door-to-door visits with municipalities to monitor and evaluate their progress.

"These insights will continue to be shared with the provincial executive and oversight leadership on a quarterly basis to create a platform for forward momentum towards clean audits while also working closely with internal audit units and audit committees," the auditor-general said.

These visits and interventions are being conducted in conjunction with Sebegoe's office to ensure continuity and capacity building.

The North West province will have a budget of R27-billion for the 2013/14 financial year (up about R1-billion from this year) and is expected to grow again based on the outcomes of the recent census, which has added roughly 200 000 people to its official population figures.

"One of our priorities is proactive planning to ensure we have 100% expenditure," said Sebegoe.

"There has been some poor planning in the past that resulted in failure to spend the whole allocation, so we have systems in place to encourage departments to be proactive in the implementation of projects.

"We are mindful of the fact that our failure to spend funds impacts on our targets for job creation and delivery of basic services."

He said his department is lending appropriate support to municipalities as part of its turnaround strategy to ensure they spend money as allocated.

"Our focus as finance is to ensure the alignment of political mandate to resources to ensure that all the strategic priorities find expression in terms of the allocation of funds. We want to emphasise the sufficient and effective use of resources and have a motto of 'doing the right things, at the right time, in the right way'."

Sebegoe said that public funds always carry the risks of "improper utilisation, lack of accountability and fraud and corruption that deny the ordinary members of the public access to basic services".

One of the measures he has undertaken to counter this is a province-wide fraud awareness programme that he hopes will engender a greater sense of civil responsibility about the correct use of state funds.

The province's rich mineral wealth is both a boon to province's coffers and a contentious point for Sebegoe.

"The mining industry spends an average of R36-billion on procurement of goods and services, but this does not benefit the province.

"We want to see how we can redirect these revenue streams to remain in the province and we believe the first thing will be to provide proper infrastructure and thereby attract investment in the province," he said.

The North West province is home to the lucrative western limb of the Bushveld Igneous Complex that is rich in many minerals and produces an estimated 64% of the country's platinum, 46% of its dimension stone and granite, 32% of its chromite and a quarter of its gold. Mining accounts for more than 30% of the provincial gross domestic product, and the industry more than 60 000 people.

"We want to ensure that we can make an impact from the natural resources of the province and that they translate into productivity within the province," said Sebegoe.

He said that it was important to present the province as an investment-friendly destination attractive to new businesses and citizens.