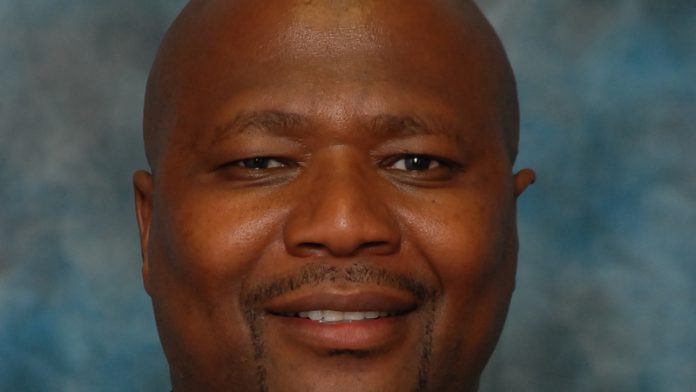 The arrest this week of China Dodovu, the ANC's second-in-command in North West, and rumours that more members of the provincial cabinet may also be taken into custody has caused panic in the troubled province.

Dodovu, the provincial minister for cooperative governance and traditional affairs, was charged for his alleged involvement in the murder of Oubuti Chika, regional party secretary in Dr Kenneth Kaunda district, Dodovu's home region. After Dodovu's arrest, rumours began spreading on Facebook that at least two more provincial ministers, apparently from the same region, would also be nabbed.

In an attempt to quell the rumours, Nono Maloyi, the province's minister for human settlements, public safety and liaison, issued a statement on Wednesday denying that he had been arrested.

Tension has gripped the province this week, with politicians and provincial ministers keeping a close eye on proceedings at the Klerksdorp Magistrate's Court, where seven other suspects are facing charges together with Dodovu. They were all remanded in custody until Monday and Tuesday next week, when their bail applications will continue to be heard.

The province appears to be at war with itself, both within the ruling party and in government.

These are some of the issues it is grappling with:

Dodovu's arrest, however, opened the floodgates of allegations of political conspiracy against the Mangaung losers. All the ANC members arrested in Chika's case campaigned unsuccessfully for a change in the party's national leadership at Mangaung, supporting Motlanthe over re-elected ANC leader Jacob Zuma.

Political conspiracy
Dodovu alleged in his bail application that a political conspiracy was afoot and he was being targeted because of his investigation into alleged financial mismanagement in the Matlosana local municipality.

A statement issued on Dodovu's behalf by Seunki Ntepang, one of his party allies in the Kenneth Kaunda district, said Dodovu had uncovered "plundering of the municipality's investment account to the tune of almost R258-million within a period of nine months".

Dodovu's supporters argue that his arrest and the rumours of the arrest of other MECs is a plot to push Modise to reshuffle her Cabinet and replace some MECs with those seen as Mangaung winners. There is also talk that provincial chairperson Supra Mahumapelo has plans to throw Modise's administration into crisis, after which he will take over as premier. A North West government source sympathetic to Modise said: "Factions are using this China thing to finish off the other faction. They've seen an opportunity to force the premier to dissolve exco [the executive committee]."

In the build-up to Mangaung, Chika was accused by pro-change leaders of interfering with the Kenneth Kaunda regional membership audit process by taking original membership forms from the ANC office. That, said his accusers, resulted in the region taking fewer delegates to the conference than expected, with the majority being pro-Zuma supporters.

North West and Limpopo have been identified by the ANC national executive committee as needing intervention because of factionalism.

ANC national spokesperson Jackson Mthembu said this week that the party's national working committee was monitoring the Chika murder case and would wait for the outcome.

"This turn of events worries us. That's why we'd like this matter to be brought to rest by arresting all who are implicated, regardless of the positions they occupy," Mthembu said.

"It is one thing to be factional, but it is another to go out and kill one another. Never in our wildest dreams did we imagine senior leaders of our party in the province being arrested for murder," he said, pointing out that the accused were presumed to be innocent until proven otherwise.

Meanwhile, police are yet to arrest any suspects in relation to the assassination attempt on ANC provincial ­secretary Kabelo Mataboge, two weeks before Chika's murder.

This week, those in Mataboge's group spoke in hushed tones about what they saw as preferential treatment of one case over the other.

"Why is Chika's case prioritised even when Kabelo was shot at before him?" asked an associate.

There also appears to be a bitter fight over resources, with each faction accusing the other of corruption. After Chika's murder, South African Communist Party provincial secretary Madoda Sambatha released a statement saying that the ANC in North West had "attracted too many criminal elements into its ranks who, unfortunately, masquerade as political factions. There is also too much money from the proceeds of corruption in municipalities and departments that is used to continue destabilising the province."

Although commentators mention financial resources as the key factor behind the province's instability, very few have suggested solutions. It means the province lurches from one disastrous ANC and government leadership struggle to the next.

The saying that there are no permanent friends in politics is particularly pertinent to the ANC in North West.

Over the years, comrades have turned against each other over political differences and ambition.

The current provincial chairperson, Supra Mahumapelo, and his deputy, China Dodovu, were buddies during their student days at Technikon Northern Transvaal in Soshanguve, north of Pretoria, now known as the Tshwane University of Technology. But politics ripped their friendship apart and only political sacrifice at the 2011 provincial conference in Rustenburg made it possible for them to serve as provincial chairperson and deputy chairperson, respectively.

Dodovu and provincial secretary Kabelo Mataboge were on an opposing factional slate that sought to get its own top five officials elected in Rustenburg, but that list and Mahumapelo's slate were merged when it became clear neither of the groups would secure majority votes on their own. After that, Dodovu and Mataboge remained in an alliance against Mahumapelo's three-man coalition that includes deputy provincial secretary Gordon Kegakilwe and treasurer Philly Mapulane.

In his ANC Youth League days, Mataboge was groomed by the same comrades he is now banging heads with. "They prepared Kabelo for leadership, they made him youth league provincial secretary," said a North West provincial executive committee (PEC) member who did not want to be identified because of tensions in the province.

"At some point, Supra even facilitated the process for Kabelo to be deployed in the National Assembly after a request by the youth league, even when Kabelo was not on the national list." Mahumapelo was provincial secretary at the time. But Mahumapelo did not have faith in Mataboge being elected provincial secretary in 2011 and reluctantly agreed to the coalition to secure ­victory and unity in the province.

Public enemies
Those who have fallen out with Mahumapelo describe him as a shrewd politician, a dictator and a political survivor. After failing in their bid to secure a third presidency term for former president Thabo Mbeki, Mahumapelo and some senior leaders moved towards the Zuma camp.

Another political player, former provincial chairperson Nono Maloyi, now human settlements MEC, was on good terms with Mahumapelo from the time they were elected in 2008, through the disbanding of their PEC in 2009.

"When Nono was going through Travelgate [in which MPs defrauded Parliament using travel agencies], Supra brought him back to the province because they had worked well together fighting [former premier] Popo [Molefe]."

Maloyi pleaded guilty to one count of fraud amounting to R150 000 and was sentenced to a fine of R60 000 or five years' imprisonment.

The relationship soured in 2011, when Maloyi was dropped from the chairperson candidacy in favour of a coalition with Dodovu's slate.

Factions have been a feature of North West politics for years.  Premier Thandi Modise was brought back to provincial politics by Mahumapelo's faction in 2002 to contest the incumbent, Popo Molefe, for the ANC chairperson position – a contest she lost.

Today, Modise and Mahumapelo are public enemies, with Modise's faction claiming that Mahumapelo is using factional battles to unseat the premier.