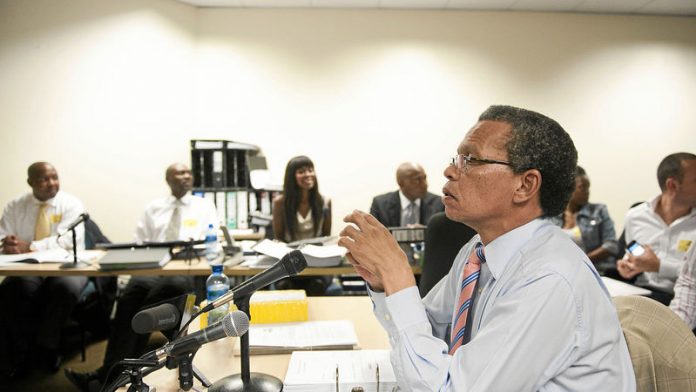 The former financial head of the police crime intelligence division has been accused of going on a five-year shopping spree for vehicles for himself and his family, during which he splashed out on a Nissan Murano 4×4, a motorcycle, two Honda all-terrain vehicles and a Kia Picanto – all allegedly at the taxpayer's expense.

Investigators say that a special account was created as a way of bankrolling Lazarus's and Barnard's  vehicle purchases between 2006 and 2011 using the division's preferred Centurion car dealership, Atlantis Motors. Barnard faces similar charges of theft, fraud and corruption for purchasing a vehicle for his personal use.

The two senior policemen made their second appearance in the Pretoria Magistrate's Court on February 21. They handed themselves over to police in December.

The case was postponed until April, pending an application to have it moved to the high court and the disclosure of witness statements.

Purchase transactions
According to the charge sheet, Lazarus was appointed as a director of UTE, which was used to buy covert vehicles, and Barnard represented the front company in its dealings with Venter and Atlantis Motors.

Lazarus and Barnard are accused of transferring money flowing from vehicle sale and purchase transactions with Atlantis Motors into the special account.

They then allegedly stole hundreds of thousands of rands from the account to buy themselves cars and, in Lazarus's case, vehicles for his friends and family.

The charge sheet alleges that the "accused did intentionally and unlawfully steal an amount" of R1.14-million "from Atlantis Motors and/or UTE and/or the South African Police Service".

One of the charges alleges that in 2008, on Barnard's instructions, R55 000 was taken from the special account to pay for a Kia Picanto for Lazarus's daughter. The car was then registered in the name of Lazarus's wife, Sandra.

Another R40 000, also from the special account, was allegedly used to pay for repairs on the car.

In July 2010 the Picanto was sold for R43 000, which was allegedly paid with an electronic fund transfer into Sandra Lazarus's bank account.

Covert operations
The two, who are represented by the same lawyer, were charged in December following an investigation by the Hawks, beginning in 2011, into the alleged abuse of crime intelligence's secret services account. The account is used to fund intelligence and other covert operations.

The preamble to the charge sheet notes that Lazarus, who was in charge of administering the account, was also responsible for "motivating and approving the expenditure of all crime intelligence vehicles".

The charges against Lazarus and Barnard follow a previous case against their boss, former crime intelligence head Richard Mdluli, in 2011.

Mdluli was also charged for allegedly defrauding the covert fund by purchasing two BMWs for himself and his wife. Atlantis Motors was also central to the case against Mdluli.

Mrwebi's decision followed representations by Mdluli's lawyers claiming that the Hawks' investigation was part of a conspiracy aimed at bringing him down.

In May last year, the lawyers for Lazarus and Barnard also appealed to Mrwebi to drop the charges against them.

Demanded documentation
They claimed that intelligence officials were concerned that the investigators had "demanded documentation" regarding the vehicles, despite not having a warrant to do so and that the Hawks were "uninformed and acting out of control when they discover what seems to them on the face of it … a crime, but [what] in truth are necessary methods to successfully execute the mandate held by the intelligence services".

Despite the allegations, the Hawks are still pursuing the charges against Lazarus and Barnard.

According to the charge sheet in their case, Lazarus and Barnard created the special ledger account during 2006 or 2007.

It claims that a total of R1.2-million was allegedly paid into the special account "as portions of the transactions between UTE and Atlantis Motors", and R1.14-million was paid out of the account, allegedly on the instructions of Barnard and Lazarus "for the exclusive use of the accused and/or UTE".

Hawks investigators allege that the instructions included the use of R116 313 from the special account as part-payment for the Murano for Lazarus. After the car was sold in March 2011, R116 506 was allegedly deposited into a bank account that he had identified.

Investigators claim that a total of R66 625 was withdrawn from the account. It was allegedly used to pay for a Honda all-terrain vehicle and a Honda CBR 125 motorcycle for Lazarus's son.

No payments
They also claim that R33 000 was paid from the account for a Honda TRX 250 all-terrain vehicle for Lazarus's friend, John Appelsami. Appelsami allegedly made two payments to Atlantis Motors totalling only R14 000 and Lazarus "made no payments whatsoever".

Appelsami later allegedly sold the Honda to a dealership at the East Rand Mall for R20 000, which means he made R6 000 on the total transaction.

The charge sheet states that "none of the accused had any right to the money or any legitimate reason for having received a personal benefit associated with the transactions between UTE and Atlantis Motors.

"The money in this particular ledger was never used for official SAPS purposes".

Meanwhile, Lazarus is facing an internal police disciplinary hearing in connection with the same allegations, following his suspension from the intelligence division in November 2011. It is understood that the hearing will be finalised in March.