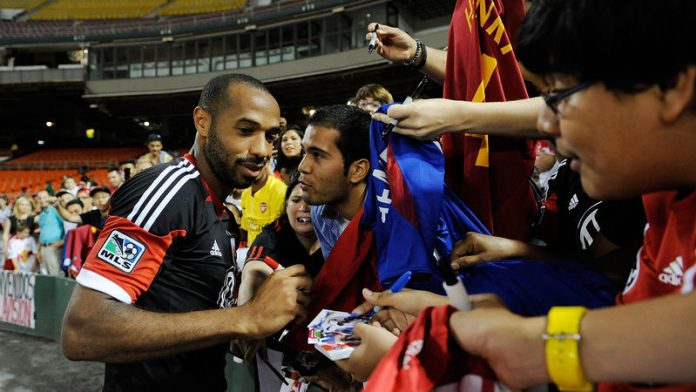 Oscar Pistorius earns about R5.6-million a year. In comparison with the top players in the world’s “best” football leagues, he gets a pittance.

I don’t mean this piece to be about who earns the most money but the following two examples are instructive. A lot of money has come into sport, changing it utterly. Cameroonian Samuel Eto’o, who plays for the Russian side Anzhi Makhachkala, earns £17.5-million; the Swede Zlatan Ibrahimovic is on £13-million at the French club Paris Saint Germain.

But by South African standards what Pistorius earns is a fortune. It’s not just the money I am talking about here: think of the high public profile that comes with being a professional sportsperson, the political doors that swing open and the category “A” celebrity “friends”. (Have you ever wondered why famous rich sports people are friends with other famous rich people?)

A big corporate pays you millions to endorse its brand or to be part of some campaign, a cereal brand hoists your image on to a billboard and journalists tread carefully when they write about you. The pack of journalists doesn’t want its pound of flesh, it wants a litre of milk.

In the excellent book, Thierry Henry — Lonely at the Top: A Biography (Macmillan), the French journalist Philippe Auclair writes about the perils that confront rich sports stars. When the teenage Henry was emerging as an exciting prodigy at AS Monaco, he was quickly surrounded by sycophants, a development that bothered the bureaucrats at his club.

Auclair writes: “What worried them [the hierarchy at Monaco] the most was that Thierry revelled in the attention, volunteered interviews, talked out of turn and got drunk on this first sip of fame, expecting nothing but unconditional compliments. They could also see that a growing number of hangers-on had wormed their way into the player’s entourage. Most of them were, to be brutally frank, starfuckers. Most of them, but not all. Some were not after glory, but money.”

A footballer who used to play for the Swiss outfit FC Zurich talks about how, as soon as he got to Zurich, he suddenly had strange people hanging around him. They laughed at his every joke, they were willing to run any errand for him. Because he was lonely, far away from the Africa of his youth, he allowed these hangers-on into his circle. He wanted to fit in, to help his adaptation and to salve the pangs of homesickness, so he played along. It was for a fee, of course, mostly in kind: expensive champagne, pricey gadgets and, of course, cash. (There was concern at Manchester City about the enormous number of iPhones that striker Mario Balotelli was buying; it was thought he was buying them for his big entourage). So it’s not a surprise if, by the early hours of a typical night out, up to £30 000 has been frittered away.

Prima donna tendencies
Surrounded as they are by “agents, groupies and starfuckers”, as Auclair puts it, are we really surprised that wealthy footballers are out of touch? Their every conversation is mediated by highly paid PR consultants. They are chauffeured around in limos with darkened, bulletproof windows or, when they tire of that, they speed around in turbo-charged cars painted in lurid colours. They eat at calorie-conscious club canteens or exclusive restaurants, paying prices that could go a long way towards covering the budget deficit of a small country such as Lesotho (okay, okay, I exaggerate). Is it a surprise that football has long ceased to be a pastime for working-class people?

So cocooned are they from reality that, during the Euro 2012 tournament, people such as Portugal’s Cristiano Ronaldo didn’t find it in bad taste to live in a hotel room that cost the Portugal football association €33 000 a night. This was at a time when most of the player’s peers (Ronaldo is 28) are jobless and their homeland provides no prospects for them at all. (Oh, Ronaldo also had two bodyguards. Who would want to hurt Ronaldo except, perhaps, terrorised defenders?)

Much has been made of Senegal’s 1-0 victory over France in the 2002 World Cup hosted by Japan and South Korea. It has been portrayed as the “arrival” of African football. Who knows? Perhaps it was. However, if one looks at the self-absorption, prima donna tendencies and plain awfulness that had crept into the French camp, there was no way they would have repeated the World Cup triumph of 1998.

Auclair writes that “nothing was too good for the future world champions … six tonnes of equipment were shipped to the Far East, plus food and drinks, which included 20 cases of Domaine de Lignane 1998 and Domaine de l’Echevain 2000 to be served at team meals. The head chef of Juventus had been recruited to prepare pasta to [Zinedine] Zidane’s and [David] Trezeguet’s specifications. The French Football Federation considered installing a temporary satellite link which would enable players and staff to watch French television before deciding that an outlay of €400 000 might be a tad excessive … The hotels they stayed in were the most luxurious available, which might explain why the … total budget went over [the] €15-million mark.”

Some of the fringe players befriended girl dancers staying at the hotel. “A private lift enabled guests to access the bedrooms straight from a karaoke booth without having to go through the main hall.” It’s appropriate that France lost two of their matches and drew the other, without scoring a single goal (they sure did score in other ways), failing to qualify for the next round.

The rot would reach sulphurous levels at the 2010 World Cup, which South Africa hosted, when the team refused to train. And Nicolas Anelka would memorably tell his coach Raymond Domenech to “go and get yourself fucked up the arse, you and your tactics”.

In an angry encapsulation of France’s national sentiment at the time, Auclair writes: “We, the French, had been cheated by a crew of young men from the banlieue [suburbs] who constantly spoke about respect and gave it [to] no one but themselves. Who valued nothing but diamond rings, big wheels, easy girls or girls who were easy enough once they had been paid; who didn’t sing the Marseillaise and could only think with two parts of their body: their feet and their prick.”

And as the billions continue to pour into sport, you can be sure the “starfuckery” will continue.