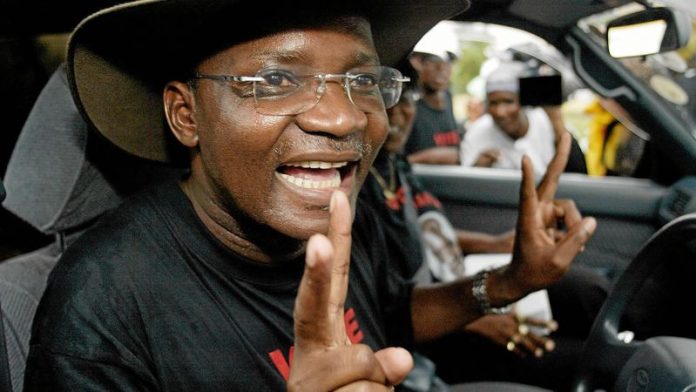 Professor Jonathan Moyo, a senior Zanu-PF politburo member, party strategist and MP recently wrote an opinion piece in a financial weekly in which he lambasted Reserve Bank governor Gideon Gono for his opposition to Zanu-PF’s indigenisation policy. The Mail & Guardian asked him about the row, the elections and the constitutional referendum that takes place on March 16.

What do you think will happen with the constitutional referendum, given the campaign’s funding problems and the National Constitutional Assembly’s (NCA’s) court application for the referendum to be postponed?

Although there appeared to logistical and funding problems at the beginning, they have been resolved and the referendum is now irreversible. The NCA court action will not succeed because it lacks legal and factual merit. Zimbabweans have been seized with the constitution-making process since April 2009 and, notwithstanding its amendments, the draft Constitution has been a public document since July 18 2012.

Against this backdrop, it is disingenuous for anyone to argue that the process has not been given enough time. The opposite is true. Too much time and resources have been wasted on a process that should have taken a maximum of 18 months.

If the draft constitution is adopted after the referendum, when will elections be held?

There are very clear legal pointers that are helpful in understanding the timing of the elections. First, the proclamation of an election date is the constitutional prerogative of President Robert Mugabe. Second, there is a judgement of the Supreme Court of Zimbabwe confirmed by the high court on two separate occasions requiring the president to issue a proclamation fixing the date of the election by March 31. In other words, the president is required to announce the date of the election by the end of March. Second, the current Parliament will be automatically dissolved at midnight on June 29. An automatic dissolution of Parliament would amount to a constitutional crisis of sorts and that would not be good for our democracy. You do not have to be a constitutional expert to realise that elections must be held before June 29.

How do you see the elections panning out?

Two things are now indisputable about who will win the next presidential and general elections. First, all surveys done over the past 12 months by foreign and local researchers, including one published by the Mass Public Opinion Institute two weeks ago, have predicted a Zanu-PF victory in all elections.

Second, it is common cause that the Movement for Democratic Change formations have dismally failed to make good their tenure in the inclusive government,  which has been characterised by allegations of incompetence and corruption. MDC Cabinet ministers have between little and nothing to show to support the re-election of their embattled party.

Prime Minister Morgan Tsvangirai’s tenure in government over the past four years will be remembered more for his open-zip shenanigans than for any policy initiative. Whereas in 2008 the MDC formations had the opposition platform, in 2013 they have a government platform from which they cannot run away and about which they have nothing to show.

On the other hand, in 2013, unlike in 2008, President Mugabe’s political stock is in good currency. Zanu-PF is doing very well on the ground and is poised to win largely because the party has been ready for the election since 2010 and has a tangible and actionable policy programme to offer in the form of indigenisation and economic empowerment.

What will be at the heart of Zanu-PF’s campaign, given the fact that party’s record of delivery since 1980 has been disastrous and its recent trump card, the land issue, is exhausted?

There is no election in a democratic country whose memory span is 33 years.Your proposition that Zanu-PF has had a disastrous delivery record since 1980 is not only hyperbolic, it is also patently false.  Zanu-PF has had proud achievements in health and education since 1980, not to mention the sacrifices it made to assist in bringing about the independence, or shall we say democratisation, of South Africa in 1994, which cannot be described as disastrous by any stretch of the imagination. The forthcoming election will be run on the basis of current issues and not 1980 stuff.  On this score, Zanu-PF is the only party on the ground with the people’s support, notably to increase agricultural productivity and create jobs on farms, where about one million people have found gainful employment over the past 13 years, as documented in a recent book published in London, Zimbabwe Takes Back Its Land. Over the past four years, Zanu-PF policies have resulted in the empowerment of youth across the country, along with the creation of community empowerment schemes.

The indigenisation programme is surrounded by controversy as factions within Zanu-PF seem to be fighting over it. There are also allegations of corruption and looting bedevilling the process.

The noises being made in some political circles and sections of the media are designed to undermine what is perceived as Zanu-PF’s use of indigenisation as a campaign strategy. But that is a mistaken view because indigenisation is not a campaign strategy. It is a historic reform programme in pursuit of resource nationalism in the context of Zimbabwe’s liberation struggle and, as such, it is equivalent to the land-reform programme. Given the breadth and depth of the indigenisation programme, it is not surprising that it is beset by allegations of corruption and looting. Public policy, by its very nature, always yields such allegations. The land-reform programme faced the same allegations, but succeeded in spite of them. It is now clear that the real fraud regarding the Zimplats transaction comes in the form of false information leaked to the media by the Reserve Bank of Zimbabwe. Fraudulent claims have given rise to a media scam whose full story is yet to be told.

Recently, you waded into the indigenisation debate, attacking Reserve Bank governor Gideon Gono on the issue. What has he done wrong?

My concern is that Gono was wrong to adopt a megaphone-style attack through the media on the Zimplats transaction in particular and on the equity-based model of indigenisation in general a few months before the presidential and general elections. I have no qualms whatsoever in making this point. I first made it privately, robustly and vigorously to Gono on two separate occasions before he went berserk with his scandalous and totally unacceptable ranting in the media.

Critics are questioning your motives. What is your interest in indigenisation? Have you personally benefited from the deals cut so far?

Of course I have an interest in the matter, as a member of the Zanu-PF politburo, as a member of Parliament and as a Zimbabwean. It is not about personal benefit and the record will show that, although I am indeed a beneficiary of the land-reform programme, I have not benefitted in any personal way from the so-called deals that have been cut so far, not least because indigenisation is definitely not about cutting deals but about empowering the indigenous population through community and employee schemes. I therefore view the allegations of corruption as the utterings of detractors.

There are questions about how you got access to the documents you used recently to write an opinion piece in a local weekly on indigenisation.

There is no need to beat about the bush about this. The record will show that the only information I relied on was the term sheet of the Zimplats transaction. I got that sheet along with that of the Mimosa indigenisation transaction from Gono, with whom I had two long and very cordial meetings on the matter.

Some people say elections will not change anything for Zimbabwe.

There will definitely be changes after the elections. Those who think that we will have another inclusive government are mistaken. The new constitution will not allow that because of the consequences of the proportional representation. On the economic front, indigenisation and economic empowerment will be the main economic policy after the elections.

Do you think President Mugabe will stay on if he wins re-election or will retire? If he goes, will Zanu-PF not disintegrate due to factionalism and the acrimonious succession debate?

President Mugabe will stay on after the elections to honour and discharge his promise to the electorate, especially to the youth, who are inspired by his revolutionary legacy and are committed to keeping it alive. While there is no doubt that we are beginning to see ugly signs of factionalism and succession games, most Zimbabweans find solace in the fact that President Mugabe is with us to provide the leadership that the country needs to open a new chapter, while safeguarding the heroic legacy of the liberation struggle, currently expressed through resource nationalism and indigenisation.

Kwanele Sosibo talks to Tinashe Mushakavanhu, the co-editor of Some Writers Can Give you Two Heartbeats, about the impetus behind the book
Read more
Africa

Reform on the cards as Zanu-PF shifts hardline stance

Moyo also said that the new government under Mnangagwa was an "illegal regime" that had struggled to assert its legitimacy.
Read more
Africa

“The National Democratic Project” is in full swing but what does it mean?
Read more
Africa

Mugabe called for unity within his fragmented party ahead of next year’s elections.
Read more
Africa

Zimbabwe opposition leader Morgan Tsvangirai may want to up his street cred, but he'll have to find a way to leave the house first.
Read more
Advertising
Continue to the category
Politics