The schools that defy the odds 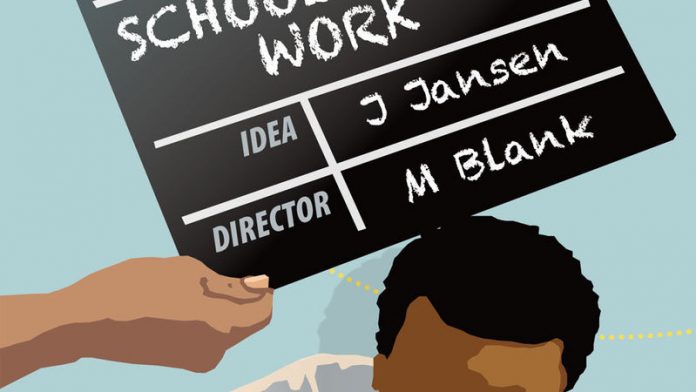 Just before last year's matric exams began, Minister of Basic Education Angie Motshekga issued an open letter apologising to grade 12 pupils. She wrote: "I know 2012 has not been an easy year for you. I also understand that you may feel I … have let you down. I apologise unreservedly for all you have been through as a pupil."

You know there really is a crisis when the government has to apologise to pupils for failing them by not giving them the education they deserve. This apology devastated me, not because of what she said but because of the fact that the government's neglect of pupils compelled her to say it.

The government, education departments and politicians should all be talking publicly about the importance of education. They should be the good guys. Unfortunately, they often aren't.

Over the next few months I will be visiting 14 schools across the country as part of a new project (see "Schools that work"). The purpose of these visits is to see and document how some schools serving disadvantaged communities are succeeding academically. Compared with other schools that also serve poor children, most of these schools are doing relatively well despite hunger, lack of classrooms, toilets and other resources and, sometimes, unresponsive provincial and national governments.

Our journeys began last month with a visit to Mahikeng in North West. When we arrived at the Sol Plaatje Secondary School, I saw that it didn't quite fit the mould of the "Schools That Work" project because most pupils were middle class. It has a library and only a few pupils have needs-based scholarships.

"Middle class" here means parents pay R4 000 a year in school fees. However, like most schools, this one also grapples with the challenge of how to meet the needs of struggling pupils. Considering this, and compared with schools that charge fees that are five times as high, its 98% matric pass rate is remarkable.

Yet this experience made me realise that I have never been to a school in South Africa that is predominantly middle class. My previous work has taken me to very poor township schools and former high-end Model C schools, but never a place like this — a school in a small suburb where most parents, although not wealthy, manage the annual fees and where hunger and poverty affect only a minority.

But then we visited Batswana Commercial Secondary School. Here all the children are poor. The school, which used to be a teacher training college, is spread out with long white rows of classrooms, and trees and flowers across the campus. I immediately felt warmth when we arrived. It has neither laboratories nor a library because these were turned into classrooms for its 1 441 pupils.

Priorities
There are 18 toilets for 800 girls and 16 for 600 boys. When I asked the principal what his priority was, he said he chose classrooms over toilets — classrooms where pupils could continue to strive to raise last year's 96.4% matric pass rate to 100%.

Every time I film at a school I think about my own academic background. I believe we frame how we see any school through the lens of our own experiences as pupils, as teachers and, for some, as parents. After watching a trigonometry class, my cameraman Felix Seuffert and I talked about our failed attempts at solving sine and cosine problems.

Felix grew up in a small town outside Stuttgart, Germany; I grew up in a suburb of Washington DC and no doubt our school experiences were very different. But regardless of the country, trigonometry problems seem to prevail.

One of the things I look for when I visit schools for my film project is excellent teaching. In one English class at Sol Plaatje Secondary School, grade nines recited a Shakespeare sonnet: "Let me not to the marriage of true minds /Admit impediments. Love is not love / Which alters when it alteration finds / Or bends with the remover to remove …"

The pupils made the poem their own with tone of voice, body, energy and humour. The teacher affirmed them and allowed them space to laugh and clap noisily without worrying that they would get out of control, and grounded each performer by saying: "The stage is yours."

Some excellent teaching derives from the personality of the individual teacher. This classroom felt positive and full of joy, and that wasn't just because of any love of Shakespeare.

In an economics class at Batswana Commercial Secondary School, we found — if you'll believe me — pupils almost equally excited. Who knew that learning about labour, capital and natural resources could be fun?

Engage rather than talk
Again the teacher engaged the pupils rather than talked at them. He brought two pupils to the front, had one remove his tie, roll up his sleeves and hold a bottle of water — the labourer. The other one remained staid in his uniform, tie and all. He was the boss. The pupils laughed —and they got the concepts the teacher was conveying.

I also saw teachers on the other end of the spectrum — one struggling to control pupils, one who seemed barely interested and others who spent the entire period standing at the chalkboard. These teachers all try and all care.

But I keep thinking about how we define good teaching and what makes good teachers. How are we helping teachers to improve their practice and are we succeeding in attracting our best young people into the profession?

One moment in particular sticks in my mind. It was a grade eight English class. When the teacher called pupils' names for presentations, she didn't make an effort to pronounce them correctly or seem to care which face belonged to which name.

Sifting through her list, she called some pupils twice. Many pupils were not ready to present, which I know is frustrating for a teacher. But the environment in the classroom was uninspired and negative. I don't think I would have felt motivated.

Why is this worth telling? Well, the teacher was white and her pupils black, and in a place like South Africa, where questions of race are still so prominent, these moments are all the more significant for me.

At both schools, I found surprises. At one, it was the display of energy and commitment in the recitation of Shakespeare. At the other it was the rich harmonies of the choir and the girls called drum majorettes. They wore shiny outfits and twirled batons and flags as they went through their dance sequences. Watching them, I didn't see poverty or hunger. I saw commitment. I saw what they are capable of. And I think we all should help them to get there.

Molly Blank is a documentary filmmaker whose previous work includes Testing Hope: Grade 12 in the New South Africa. This is the first in her series on the project "Schools That Work".

Conceived by University of the Free State vice-chancellor Jonathan Jansen, "Schools That Work" is a video series directed by filmmaker Molly Blank.

It explores schools across South Africa that defy the odds by achieving academic success while serving some of the country's most disadvantaged students. The series tries to understand and highlight what these schools and, in particular, their leadership, are doing differently.

Filming began in July 2012 and is due for completion by the middle of this year. The hope is that the series will help to inspire and promote change, and the videos will be used across the country to train teachers and principals.

For more information go to vimeo.com/schoolsthatwork or email [email protected]

To the first-years from rural and township schools: Don’t despair

Investing in education: The case for independent schools in SA