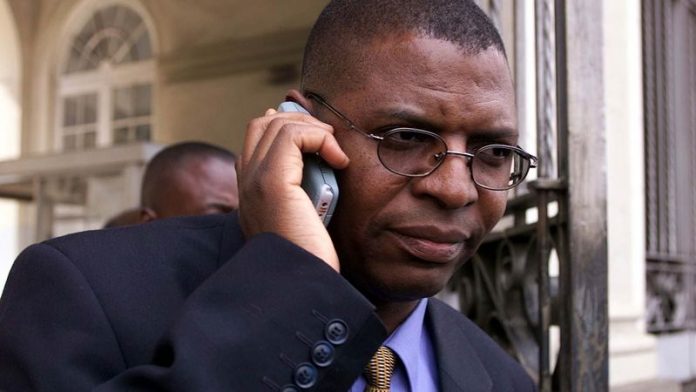 The death of a 12-year-old boy, allegedly killed by members of President Robert Mugabe’s Zanu-PF party, turned a Tuesday Cabinet meeting into a shouting match as ministers accused each other of orchestrating acts of violence against opponents. The altercation  lasted for close to four hours.

Christpower Maisiri was killed in an arson attack in the eastern Manicaland province. Four of his family members narrowly escaped the inferno, which razed the house to the ground.

Christpower’s father, Shepherd Maisiri, is the Movement for Democratic Change (MDC) organising secretary for Headlands and an aspiring legislator in the coming elections.

In a statement, the MDC accused five Zanu-PF officials of being behind Christpower’s death.

Finance Minister Tendai Biti allegedly led a blistering attack on fellow Cabinet ministers during the meeting on February 26 and accused Zanu-PF Minister of State for Presidential Affairs Didymus Mutasa of organising terror groups to instil fear in opponents in his Headlands constituency.

“[President Robert] Mugabe was stunned. He never said anything, and was taken by surprise. The Cabinet agenda was ignored. Biti was in a fit of rage, pointing fingers,” said a minister who attended the meeting. “Mutasa was shell-shocked. He thought Mugabe would come to his aid. Mugabe listened attentively but remained quiet.”

'Back to its old ways'
Addressing the Crisis Coalition, a human rights lobby group in Harare on Wednesday, the leader of the smaller faction of the MDC, Welshman Ncube, expressed worries about the “resurgence of violence” and made reference to the turbulent Cabinet session.

“The tragic and horrifying murder of the young boy is the most traumatic,” Ncube told the group.

He said the Central Intelligence Organisation was “back to its old ways” of “abducting and terrorising people for organising party activities”.

But he also said that the Cabinet meeting had reached a general consensus that violence must be stopped and “the police need reminding “time and again” not to engage in violence.

“Ministers thought to be sponsoring violence were asked and openly told they are merchants of violence,” Ncube said.

During the Cabinet session, MDC Regional Integration Minister Priscilla Mushonga presented Mugabe with a radio, the same kind of device that is being seized by police in a crackdown in the rural areas, as a belated birthday present.

“I hope the police are also not going to arrest you for possessing that piece of furniture,” Mushonga said to Mugabe, who initially looked at the gadget as though wondering whether it was a genuine present.

The police this week told a parliamentary portfolio committee that they have banned people from possessing the shortwave radio receivers, which are being handed out by non-governmental organisations in rural areas, because they promote hate speech.

Radio receivers seized
The United Nations’s humanitarian news and analysis service, Irin News, reported that these organisations have long distributed radio receivers in rural areas, and villagers have set up “listening clubs” at which they tune in to popular independent stations such as Voice of America and Studio 7, whose broadcasts are produced by exiled Zimbabwean journalists based in Europe and the United States.

But deputy police commissioner General Innocent Matibiri told the committee that the police were “not satisfied with the manner in which the gadgets [radios] were getting into the country” and that “it would be laxity on our part if we see these things getting donated.

“This is an unusual kind of generosity taking place. We can’t say these are just for communication purposes … Why all of a sudden have you decided to be generous as to go into the rural areas distributing radios,” Matibiri said.

In the Midlands and Masvingo provinces, police are reportedly going on a door-to-door campaign, seizing and arresting people in possession of the radios.

Ministers who attended the Cabinet meeting said Mugabe told the meeting he saw “no need for the confiscation of the radios”.

​We’re a society steeped in violence

The water and sanitation minister allegedly acted beyond her powers, former board members argue