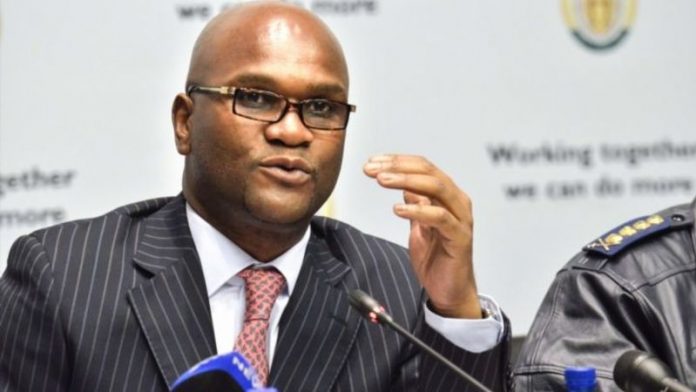 The National Council of Trade Unions on Friday described the dragging of Macia behind a police vehicle as "barbaric".

"For police to tie another human being to [a] police vehicle and in full view of the onlookers, drag the person to his death is [an] act of barbarism that defies logic," the council's general secretary Narious Moloto said in a statement.

He called on Police Minister Nathi Mthethwa to take responsibility for the officers' conduct.

"If I were Nathi Mthethwa I [would] hang my head in shame, and even consider resignation."

He was referring to the death of Mido Macia (27), a taxi driver and Mozambican national. He was tied to the back of a police van and dragged along a street in Daveyton, on the East Rand, on Tuesday. An eyewitness filmed the assault. Macia died in the local police station's cells later that day.

A post mortem report revealed that he died of head and internal injuries.

"[T]he South African Police Service harbours within its ranks police with criminal tendencies … [of] which communities should be concerned."

Moloto said police officers operated in the same manner as their apartheid-era counterparts.

Eight arrested
Moloto said a probe should be conducted to determine whether the country's police officers were fit to do their jobs.

"When former police commissioner Bheki Cele instructed his police to shoot to kill, the presidency and the police ministry looked the other way, and failed to call Cele to order, reminding him that South Africa is a constitutional democracy, and that the provisions of the Bill of Rights of the Constitution protect all the citizens from having their life threatened by gun-toting police," he said.

The Independent Police Investigative Directorate arrested the eight police officials implicated in the incident. They were expected to appear in the Daveyton Magistrate's Court on Monday. – Sapa