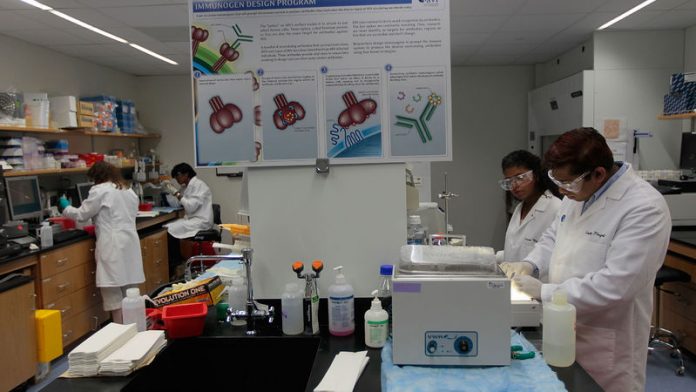 News that a baby in the US was effectively cured of HIV following aggressive therapy consisting of three different drugs shortly after birth generated great excitement on Monday. But paediatric HIV specialists warned on Monday that it was too early to say whether the treatment would have the same effect in other children.

Details of the case were revealed on Sunday at the Conference on Retroviruses and Opportunistic Infections in Atlanta. Doctors said that while the child still carried the virus, it was no longer replicating. As a result, the child was healthy, did not need treatment and was believed to be unlikely to be infectious to others.

The case is exceptional because the child was started on treatment within 30 hours of birth. This is not normally the case, even in developed countries such as the US. In South Africa, babies are only tested for HIV after six weeks. If they are found to be HIV positive, they then get put on to treatment.

But paediatric HIV specialist Harry Moultrie said he was not convinced that doctors would be able to replicate the treatment in other children.

"Even if this is shown to be a functional cure, I'm not convinced if you did this to every child it would have the same result," he said.

He added that it was too early to speak of an HIV cure. "It's a little early to make huge generalisations," he said.

Moultrie said that while the case was both interesting and important, more information was needed before doctors could draw conclusions about how to treat babies who are infected with HIV at birth.

'Proof of a concept'
Ashraf Coovadia, a specialist in paediatric HIV at Rahima Moosa Mother and Child Hospital, agreed that it was too early to consider replicating the treatment in other babies suspected of having HIV.

"What the public needs to know first of all is that this is one case," he said. "It's proof of a concept. Further research needs to be done."

Coovadia urged parents not to assume that this case meant that an HIV-positive child could stop their treatment.

"The excitement might mean parents think that if their child started treatment when they were a few months old they can now stop. We urge people not to stop [their child's] treatment. It would be detrimental to the child's health," he said.

Coovadia said HIV specialists were not advocating any widescale change in the management of HIV-positive children in response to the paper.

"We know this is a very exceptional circumstance. If parents have any doubts about their child's status they must discuss it with a paediatric HIV specialist," he said.

The case raised questions about how soon children born to HIV-positive mothers could be started on treatment and what sort of treatment would work best to prevent HIV from progressing in babies.

The first message
But, Coovadia said, prevention is still more effective than cure.

"Even if we put every child on treatment within the first 30 hours [of birth], there's no question there will be some kids who will get infected anyway," he said.

"Those children infected in the mother's womb, early in the pregnancy, will not be assisted by this, therefore the [prevention of mother to child transmission] has to be our first message that goes out."

HIV-positive women who receive antiretroviral therapy during pregnancy can reduce the chances of passing the virus on to their babies to less than 5%.

The uptake of services to prevent the transmission of HIV from mother to child is relatively high in South Africa, with more than 98% of women getting tested for HIV during pregnancy and 91% receiving antiretroviral treatment or prophylaxis. But there were still about 10 000 babies born HIV positive last year.

Government is set to announce new treatment guidelines for the prevention of mother to child transmission of the HI-virus in April.