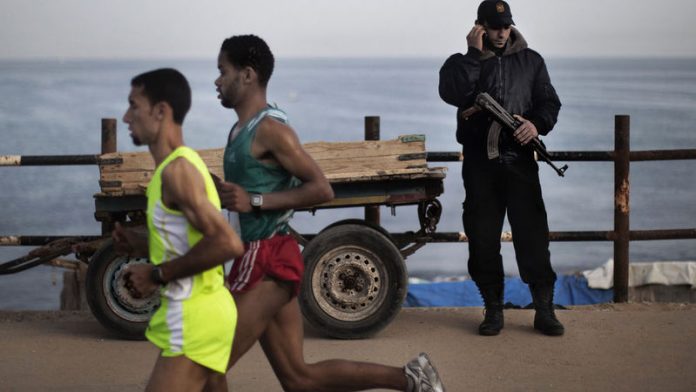 The UN agency for Palestinian refugees officials said more than 800 people, nearly half of them women, had signed up to participate in this year's race, which runs the entire length of the coastal territory.

"UNRWA [the agency] regrets to announce that it has had to cancel the third UNRWA marathon which was to be held on 10 April," a statement said.

"This disappointing decision follows discussions with the authorities in Gaza who have insisted that no women should participate."

Another 1 600 schoolchildren, girls and boys, were also signed up.

Speaking to Agence France-Presse (AFP), the agency's spokesperson Adnan Abu Hasna said the decision to cancel was taken after the ruling Islamist movement refused to back down over the issue of women and men running together.

"Hamas refused to let women participate in this very important marathon. They told us about this condition several days ago and we went into long negotiations but we failed," he said.

Two international women runners, including an AFP correspondent, participated in the first Gaza marathon in 2011, alongside hundreds of women and schoolgirls who joined the relay race or walked part of it, with more joining last year.

"Hamas claims that women have never been allowed to run, which is not true, then they decided that only local women could run. Then they decided not to let any women participate," said a diplomatic source in Gaza.

A senior Hamas official confirmed the ban on women runners but expressed regret that the agency had cancelled the entire event.

"We regret this decision to cancel the marathon but we don't want men and women running together," said Abdessalam Siyyam, cabinet secretary of the Hamas government.

"We did not tell UNRWA to cancel the marathon and we haven't prevented it, but we laid down some conditions: We don't want women and men mixing in the same place," he said, citing Islamic law and traditions.

"We don't want any women running uncovered," he said, indicating the ban was only in place for female runners aged 16 and over.

The agency said it was working on an alternative programme of events for those who had signed up for the race, which would have seen entrants running either the full 42km marathon, the half marathon or a 10 kilometre dash.

"UNRWA sincerely regrets the inconvenience this causes those who planned to participate in the marathon," the agency said. – AFP