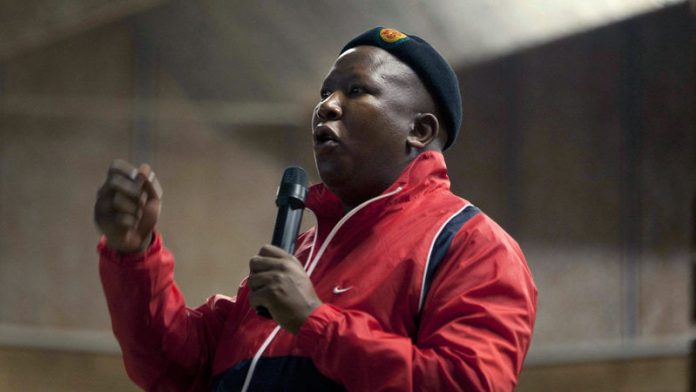 "I join millions of progressive individuals … in sending my heartfelt condolences to the people of Venezuela for losing a fearless, politically determined and ideologically steadfast leader in President Hugo Chávez," he said.

Malema said Chávez was among the few revolutionaries who challenged the dominance of imperialism in the world and exposed its weaknesses.

Chávez died on Tuesday after a two-year battle with cancer, ending 14 years of rule in Venezuela.

"Despite massive resistance from rented imperialist puppets, President Hugo Chávez was able to lead Venezuela into an era where the wealth of Venezuela, particularly oil, was returned to the ownership of the people as a whole," Malema said.

The Young Communist League of South Africa said it was devastated at the news of Chávez's death.

"Comrade Chávez was an inspiration to all progressive forces around the world …. His defiance of imperialism and his insistence that Venezuela's vast oil reserves be used to uplift the masses of the people has changed the lives of millions of people," spokesperson Khaya Xaba said.

Xaba said that while capitalists sneered at socialism, and major imperial forces disrupted it, Chávez has shown how socialism could benefit all.

"Our hearts are with the family of President Chávez, as well as the government and the people of Venezuela during this difficult time of mourning the departure of this respected revolutionary leader of Venezuela and indeed the entire progressive family of nations," Zuma said.

Chávez died on Tuesday after a two-year battle with cancer, ending 14 years of rule in Venezuela.

Zuma paid tribute to Chávez's visionary leadership since he took office on February 2 1999, and his commitment to the social struggles of the less fortunate in Venezuela.

He said that under Chávez's leadership, Venezuela had instituted a dramatic change in promoting regional integration based on the principles of social justice. – Sapa