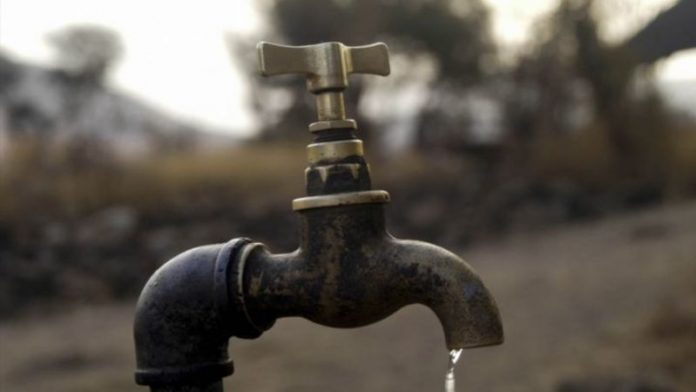 Community members around Cullinan, outside Pretoria, are in uproar over what they say is the illegal development of a mine across a local wetland.

The area is already the home to two major mines and was the source of the world’s largest diamond. These create heavy-duty dust and mining trucks crowd the roads, but the new mine will also come with a wash plant. This will threaten local agriculture and water resources, they said.

To fight the new operations they have formed a loose alliance of local organisations. This is because local government is not listening to them, they said.

Etienne Coetzee, chairperson of the Brandbach Conservancy, said Delf Sand (owned by Infrasors) had applied to mine silica in Brandbach, just outside Cullinan, in 2009. This is in the middle of a wetland and good farming land, he said.

“This is our land, and now they are trying to mine on it. We are farmers, we need this water. But with this mining we are going to lose our clean water, you see it with all the mines. Then we will have nothing,” he said.

The application was rejected in July 2012, but the mine appealed it, he said. “It was just as the community thought the battle was over,” he said. This appeal was accepted at the beginning of 2013, and the company was told it could go ahead if it got all the required permits, he said.

Dirty water
But on January 16 the mine started operations. “They constructed a 10-metre wide road, approximately 1.1-kilometres long, over the sensitive wetland without any legal approvals or approved engineering specifications,” he said.

The operations also threaten communities further away. The wetland is part of the Elands River, which eventually feeds into the Olifants River. The impact of dirty water here would therefore be huge, he said.

“The pollution of our underground water, the destruction of our fauna and flora, the dust pollution of our crops and livelihood, the noise pollution, and the devaluation of our properties has forced the Brandbach Conservancy to oppose these illegal activities and stop the irresponsible mine owners that have only one interest namely profit,” said Coetzee.

“The power lies in the hands of the people in the community,” he said.

'Our river has dried up'
Patricia Petronella, an induna and leader in the Onverwacht community, said she only knew the community had a say in mining when the new environmental management plan was discussed with them.

“Our river has dried up, and our dams. It’s so bad now. Beautiful birds and many things are dying,” she said. The community blames it on the old and new mines, she said.

She has been fighting the expansion of mining operations for a few years, but said she knows the operations will get a license regardless of their objections. “When you try with local government you get nothing. They maybe come to a meeting, but then they do not get back to us with what happened,” she said.

The frustration is getting to her, “I can talk about this all day. But I am poor, so what can I do.”

The local school is also at risk from mining trucks filled with sand.

"One day, a friend counted 19 trucks passing the school between 5am and 7am, when children are coming in from the neighbouring communities," she said. She was concerned that these trucks could hit children or cause accidents on the small farming roads.

Total disregard
Jenni von Willich, a local, was at a community meeting held on Tuesday evening about the mining. “It was very well attended with the angry and frustrated statements of residents who have a history of dealing with Delf and Infrasors fuelling and raising even more concern,” she said.

She said several people raised the point that the mines had a total disregard for the environment and the community.

“The feeling in the meeting was one of fear and frustration placed on our agricultural activities and basic existence in this peaceful rural area,” she said.

And in an answer to parliamentary questions in 2011, Minister of Water Affairs Edna Molewa said Delf did not have a valid water permit for its operations between Cullinan and Rayton (this includes Pienaarspoort), and had not even applied for one. Her department was issuing the company with a directive as a result.

Combrink said the maize and livestock farming area stood to lose a lot with the new operations. “The damage that will be done to the environment will damage the flora, fauna and water, the very things that we need to create good quality, safe food.”

"The existing operations were bad enough, but the real problem would come with the new wash plant that was going up with the new mine. The plant was going to require 250 000 litres of water a day," he said.

“Their hydrological reports don’t show where they are going to get this water from. But it will be from the groundwater, so the water table will drop and farmers will not get the water they need,” he said.

He also confirmed that the operation had gone ahead without the required permits. “They’ve just gone and started. They have already built the road across the wetland and have started with the infrastructure,” he said.

Infrasors said that they could not comment on any operations because they were in a “closed period”, a requirement of companies trying to list with the JSE.

The department of water affairs did not provide information about the mine’s permits at the time of publication.