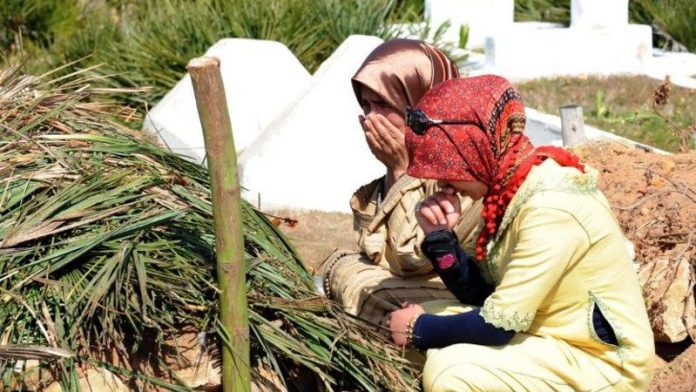 This inches defenders of women's rights in Morocco closer to a long-awaited goal.

Morocco was shocked in March 2012 by the suicide of Amina Filali (16) who was forced to marry the man who raped her. He remained a free man under article 475 of the kingdom's penal code.

A year later, the controversial article is to be amended after the Islamist government threw its weight behind a new Bill now expected to be adopted by Parliament at a spring session.

The justice ministry said it supported altering the article, under which the rape of a minor is punishable by several years in prison unless the victim and aggressor wed.

"We have supported other amendments aimed at the better protection of minors," Justice Minister Mustapha Ramid said, referring to new tougher punishments for rape of up to 30 years behind bars.

Rachida Tahri, a Party of Progress and Socialism (PPS) member and former president of the Women's Democratic Association of Morocco, has already moved the fight to another level – banning child marriage itself.

Child marriage
The number of child marriages in the kingdom rose to more than 35 000 in 2010 from 30 000 two years before, official figures showed.

Article 19 of the family code adopted in 2004 prohibits marriage for anyone below 18 years of age, considered the age of adulthood, but judges often waive the rule.

"We have noticed, particularly in rural areas, violations among girls who are just 13 years old," said Zoubida Bouayad, a socialist MP, adding that more than 10% of women marry before the stipulated age of 18.

A teenager from the central city of Meknes said she was married with false papers when she was just 13.

"After I was drugged and tortured for a year, my husband repudiated me," she said on condition of anonymity.

The country's Islamist Justice and Development Party wants to make 16 the minimum age for marriage, while the defenders of women's rights have called for an outright ban on the marriage of minors.

"A teenager's place is in school," argued Khadija Rouissi, a member of the Party of Authenticity and Modernity.

"If one part of the law says there can be a marriage at 16 years, it sends a negative message to the people," said Tahri.

Reforms
​The campaigners are basing their case on the 2011 Constitution, adopted during the Arab Spring, that calls for "equal rights" and urges the state to achieve gender parity.

They argue that reforms must go deep and have the backing of local and international NGOs.

Several articles of the criminal code must be amended so that women "can be protected from violence and discrimination," said Amnesty International.

Khadija Ryadi, president of the Moroccan Association for Human Rights, called for a "complete overhaul".

"The principle of equality and non-discrimination must be included in every major law," said Tahri.

Last month, Bassima Hakkaoui, the sole female minister in the government, announced the creation of a commission of "high authority of parity" under the Constitution.

The "dynamism" is there, said MP Bouayad. "But our concern is the delay." – AFP