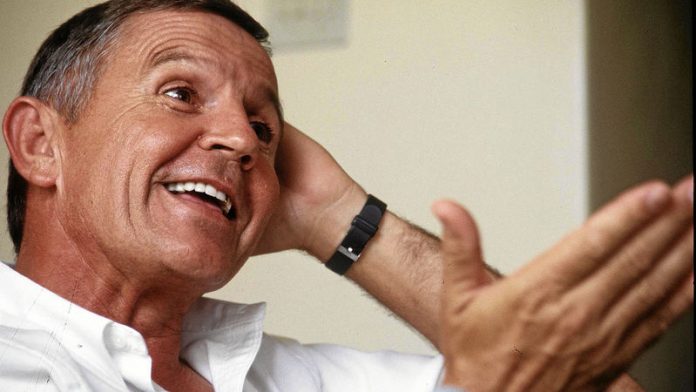 Right until the end of his life, farcical conspiracy theory haunted former police hit-squad commander, ANC operative and convicted murderer, Dirk ­Coetzee. But perhaps it was fitting that he died as he had lived for more than two decades: half reviled, often disbelieved and tainted by rumour beyond even the shocking reality of his own actions.

On Thursday, as his family confirmed that he had died in a Pretoria hospital, the extreme fringe of the rumour mill spat out one last hurrah: Coetzee had actually died some time before, but his death had been hidden for various nefarious financial reasons involving inheritance money.

Stranger things had been said about and by Coetzee before — and it was the strangest of all that proved to be true.

When Coetzee first tried to reveal the existence of Vlakplaas, the death-squad base west of Pretoria he had co-founded and commanded for two years, he was ignored. The politicians and editors he spoke to did nothing until he reached the leftwing Afrikaans newspaper Vrye Weekblad in 1989. When that paper published his revelations, things did not go well, not for many years.

"Many people have labelled me as a madman and attempts to discredit me are continuing," Coetzee told the Truth and Reconciliation Commission in 1996.

A campaign of disinformation
At times, those efforts were bizarrely creative. Immediately after the exposé was published, the state started a campaign of disinformation carefully woven with strands of truth. It revealed that Coetzee suffered from diabetes, implying that it made him mentally unstable. It made available intercepted telephone calls in which he had spewed profanity.

It even confirmed that Coetzee had been dismissed from the police in part because he had circulated a pornographic video among his colleagues (neglecting to mention the bungled kidnapping of an activist in Swaziland that resulted in the fast-tracked, bright policeman's fall from favour). Much of that was true, but so were Coetzee's allegations: that the state had established a base where it tortured and murdered anti-apartheid activists. Among those murdered with Coetzee's direct involvement were student activist Sizwe Khondile and human rights lawyer Griffiths Mxenge.

But it would take the proceedings of the truth commission and the corroboration of other witnesses to prove Coetzee's allegations about the police death squads. And that came only after the Harms Commission on the Vlakplaas allegations in 1990 branded Coetzee an unreliable witness and a liar, in part on the basis of testimony by security policemen sporting tacky false moustaches and Santa beards.

Also true were the fantastical lengths to which apartheid South Africa went to track down and eliminate its former tame killer. He had by then fled into exile with the help of Vrye Weekblad journalists and under the protection of the ANC. The ANC would later assign Jacob Zuma as one of his intelligence handlers.

The government did, indeed, plant an informant on Coetzee's wife, a young man she ended up having an intimate affair with, to Coetzee's raging horror. There were, indeed, at least two plots to kill him, an unrealised one featuring so-called terrorists from Northern Ireland and one involving a bomb hidden in a tape recorder. The latter claimed the life of Coetzee's ANC attorney, Bheki Mlangeni, when the parcel meant for Coetzee was returned, unclaimed, from Zambia and delivered to the fake return address.

Amnesty
​After he returned from exile in 1993 and after the truth commission granted him amnesty just in time for him to avoid jail, Coetzee started to fade into obscurity, but never quite managed to make it work. He ended up in the employ of EduSolutions, then a prosperous, but little-known company delivering books to schools on behalf of the government, until the Limpopo textbook fiasco grabbed the headlines.

In July 2012, Coetzee stepped forward to describe mounds of undelivered schoolbooks he had seen in a warehouse. EduSolutions did not attempt to brand him insane and did not question his patriotism, but did not stop much short of painting him a liar either.

Those who knew him for decades say the drama in his life, starting in the early 1980s with his establishment of a death farm, did not leave Coetzee untouched, or entirely in good mental health. "Of course he was mad, but you had to be mad to have done what he did!" said Jacques Pauw, the journalist who broke the Vlakplaas story and watched Coetzee leave behind his two sons and two dogs as he fled the country.

Even Pauw, though, does not profess to understand what made Coetzee tick.

"I never once heard Dirk Coetzee utter a racist remark," Pauw wrote in his book Dances with Devils: A Journalist's Search for the Truth. "Whatever turned him into a killer, it wasn't hatred of black people."

But despite being the man who broke the code of silence among apartheid's hitmen, exposing Vlakplaas and his successor at its helm, Eugene de Kock. And despite explaining the deaths of several struggle activists at considerable personal risk, Coetzee did not seem to be driven by a surfeit of contrition. In his book, Pauw recalls asking Coetzee about the lack of remorse among those intimately involved in death squads.

"He erupted in fury," Pauw wrote. "'What the fuck do you want me to do? Go on my knees all the time and cry and beg for forgiveness?'"

After hearing about Coetzee's death, Pauw put him in historical context: "Dirk Coetzee was an ugly man, but if it wasn't for him, Vlakplaas and Eugene de Kock would never have been exposed. We would never have known what happened to Griffiths Mxenge or the Pebco 3 or Sipiwe Mtimkulu or many others."