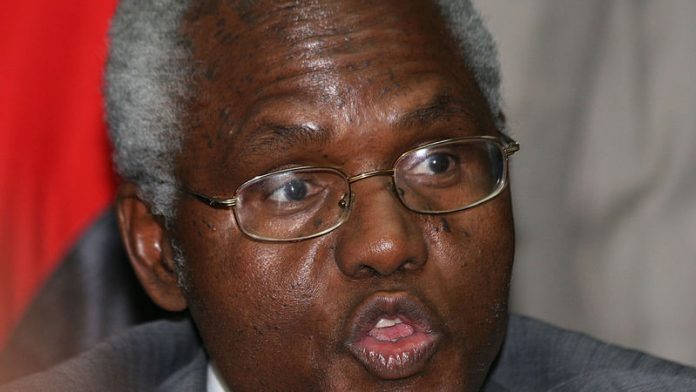 Court prosecutor Fatou Bensouda said the decision would not affect similar cases against Kenyatta, nor his running mate William Ruto.

Presiding Judge Kuniko Ozaki however said the collapse of the prosecution did have implications for the Kenyatta case, but did not elaborate. Ozaki may explain further in an afternoon court session on Monday.

Bensouda said she had no choice but to withdraw charges against Muthaura, former head of Kenya's civil service, after a prosecution witness recanted.

"We no longer believe there is sufficient evidence to prove the charges against Muthaura beyond reasonable doubt," she said.

It is a major blow to the prosecutor, coming after Kenyatta's defence last week demanded the court take a fresh look at the charges he faces, saying they were based on misleading and discredited testimony.

'Not bad news for Kenyatta'
"The prosecution had in its possession prior to the confirmation hearing, exculpatory evidence, which completely undermined the credibility of one of its three core witnesses," Kenyatta's lawyers wrote in a filing.

"This development is obviously not bad news for Kenyatta," said William Schabas, a law professor at Middlesex University. "A piece of evidence that was very important to both the Muthaura and Kenyatta prosecutions has gone."

Kenyatta, one of Africa's richest men, faces trial for crimes against humanity at the ICC over his alleged role in orchestrating the bloody violence following the 2007 contested elections.

More than 1 100 people were killed and over 600 000 fled their homes in one of the worst bouts of ethnic bloodletting in Kenya.

The March 4 general elections – for the presidency, regional governors, senators, members of parliament as well as local councillors – were marred by allegations of vote rigging.

Odinga is expected to request a "forensic audit of manual and electronic data", including investigations into the alleged "drastic reduction and rise" of votes in some constituencies after the official register was closed, a close aide to Odinga said.  – Reuters