Eight reasons the papal conclave is like Big Brother 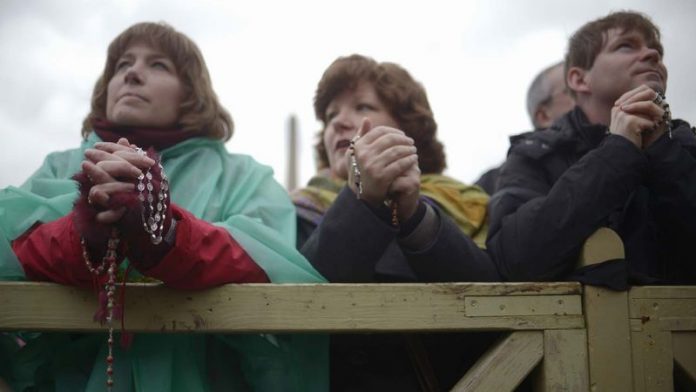 If you're starting to feel as if this whole papal conclave thing seems a bit familiar, then relax. You have definitely seen it before. No, not in any of the previous papal conclaves that have taken place with the same rigid formality over the course of 800 years, but in an episode of Big Brother. They're basically the same thing.

Stick with me here. The similarities between the selection of the new pope and an average series of Big Brother are endless. In fact, without wanting to sound disrespectful in any way, there's a pretty good chance that, as we speak, Cardinal Crescenzio Sepe of Naples is angrily interrupting a tops-off hot-tub party between Cardinal Telesphore Placidus Toppo of Ranchi and Cardinal Kazimierz Nycz of Warsaw to find out who put a fried egg in his knicker draw. Need proof of these similarities?

1 The format
The key to the long-running success of both the papal conclave and Big Brother is the fascination with what happens to strangers when they spend long periods of time cooped up with each other. Admittedly the three months of Big Brother is a lot longer than the conclave, but the themes are roughly the same. Will they get along? Who will form alliances? Who'll be the first to get drunk and embarrass themselves? Will anyone fall in love?

2 Outside communication
Both Big Brother and the papal conclave are incredibly sensitive about contact with the outside world. As with Big Brother, the conclave attendees will be regularly checked for mobile phones and recording equipment. And little wonder. Nobody wants a repeat of that time Nasty Nick snuck a pencil in behind everyone's back. Talk about a nightmare.

3 Contestants
Like the conclave, the Big Brother house tends to attract a certain type of person. In fact, if you're a slightly sinister eccentric with a fondness for silly clothes and an aggravated sense of self-worth, then you should get in touch with the Big Brother production team or the Roman Catholic church.

5 Set design
Admittedly the conclave has it a little grander here. The cardinals are being put up in comfortable guesthouse quarters inside the Vatican, with voting taking place beneath Michelangelo's fresco of the Last Judgment, whereas the Big Brother house basically tends to be a manky chipboard show home that someone's daubed a load of eyes over – but at least the Big Brother housemates get to confess their sins in a diary room. Who are the cardinals going to confess to? The only person more important than them has just quit his job.

6 Spin-off shows
Big Brother has the UK Big Brother's Bit on the Side, presented by Emma Willis, while the conclave has every single news organisation on the face of the planet running an endless stream of interviews and speculation that could last up to a month.

7 Live streaming
Big Brother hasn't had round-the-clock streaming for years now, which is a disappointment for everyone who liked falling asleep watching night-vision footage of strangers falling asleep in real time. But in an act of unbelievable generosity, the conclave has a livestream this year. Admittedly it's a livestream of a chimney, and the most that's ever going to happen is that some smoke will eventually come out of it, but it's a start.

8 The prize
And, of course, there are the riches afforded to the winner. Whoever becomes the new pope will find himself in a position of almost limitless power as the earthly head of the Roman Catholic church. He'll get to see the whole world, albeit behind a sheet of bulletproof glass, and 1.2-billion believers will hang upon his every word until the day he dies. But then again, the winner of Big Brother will probably release a fitness DVD and have a ghostwritten column in a magazine. It's hard to say which of these we should be more envious of.

As thousands waited in a cold night rain in St Peter's Square, the cardinals signalled on Tuesday they had failed on their first attempt to find a leader for the world's 1.2-billion Catholics and their troubled church. – Guardian News and Media 2013