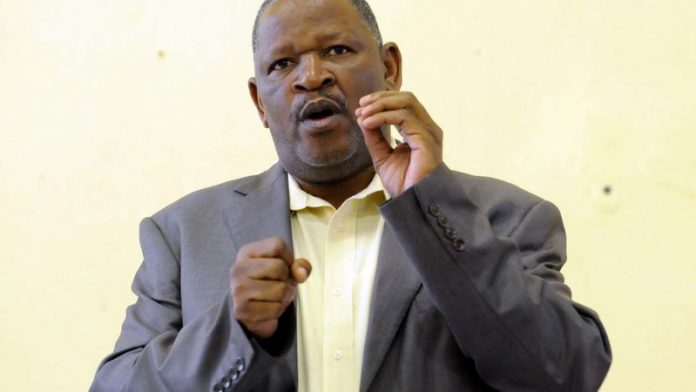 “He said these things in jest, he was only trying to be humorous. He wasn’t suggesting in any way that children don’t have rights,” spokesperson for the department, Loyiso Pulumani, told the Mail & Guardian.

The Eastern Cape’s Dispatch Online reported on Tuesday that Makupula told a debating context on the weekend that no children under the age of 21, who are still dependent on their parents for food and shelter, had any rights.

The report quoted the minister saying: “For you, rights come later in life when you are independent, finished studying and have your own place to stay and your own car. That is when you can start talking about rights."

He was addressing hundreds of pupils at a provincial schools’ debate on Eastern Cape Premier Noxolo Kiviet’s state of the province address.

He allegedly referred to an Eastern Cape boy who took his father to court after he was forced to attend initiation school. This would not have happened in his home, he reportedly said.

“I asked myself what was wrong with that boy. His father did go to the initiation school, but because of the rights now, he did not want to go there himself … I wish he could have been my child, I would have hit him on the head with a knobkerrie and he would have gone to that initiation school crying.”

'African idioms'
But Pulumani said the provincial minister did not say these things “in so many words”.

“There has been a misunderstanding of African idioms here. You need to try to understand the cultural differences here and the nuances in language.”

Makupula spoke in both English and isiXhosa at the “jovial and happy” event, he said.

“Sometimes as a Xhosa man you will talk to another Xhosa man and say ‘I think you have forgotten my knobkerrie’ but it is not supposed to come across as violent,” he said.

Rights groups the Legal Resources Centre (LRC) and the Centre for Child Law reacted with outrage on Tuesday, saying his comments show “an astonishing misunderstanding of the constitutional rights”.

“We have no confidence in a provincial minister for education who would brazenly disregard the rights of children,” they said.

'State of chaos'
Regional director of the LRC, Sarah Sephton, told the M&G that Makupula’s comments are an example of “the state of chaos in the Eastern Cape department of education.

“His comments aren’t so surprising when you have a provincial minister who doesn’t think it’s very serious that there are over 6 000 teacher vacancies in the province and the department has made no indication to schools that it is dealing with the matter urgently,” she said.

Pulumani said it was regrettable that the focus was taken away from the debate and its “high quality”.

“The minister was amazed by the quality of the debate and he was congratulating the pupils on this. It’s regrettable that some of the things he said came across in an unintended way. There was no malicious intent,” he said.

Obituary for the late Mandla Makupula, MEC of Education in the Eastern Cape