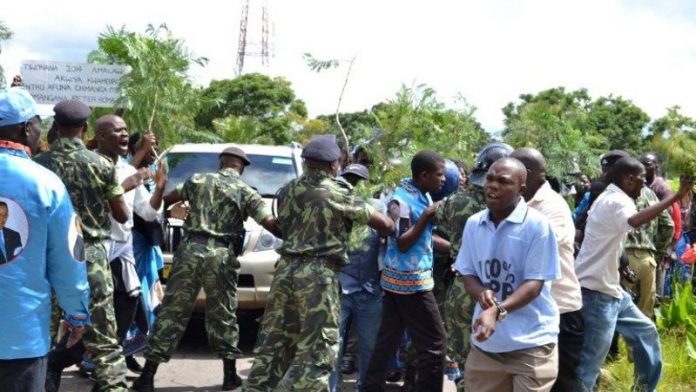 Fresh protests have erupted over their arrests. "The courts have set Thursday for the hearing of the case, because police are still investigating some aspects of the case," Malawi's Information Minister Moses Kunkuyu said on Tuesday.

Malawi's police on Monday arrested the 11, including the ex-president's brother and a serving minister, for the alleged coup plot.

The group are accused of trying to prevent then vice-president Banda from assuming power last year after the death of president Bingu wa Mutharika.

Former foreign affairs minister Peter Mutharika – the brother of the late leader and his heir apparent – was charged with perjury and soliciting to break the law, said his assistant Ben Phiri.

Police and government sources said the others detained include the former ministers for local government, information, finance and sports as well as top civil servants.

Violence and riots
The current minister of economic planning, Goodall Gondwe, was also among those held. The arrests sparked violence in the main city Blantyre on Monday and spread to the capital Lilongwe on Tuesday, where riot police fired teargas to disperse a rowdy crowd.

Eyewitnesses said the protesters, mostly supporters of Mutharika's Democratic Progressive Party, attempted to surround the police station in Lilongwe where he was being held and hurled missiles at police.

It was not clear if the suspects would also face the more serious charge of treason, which could carry the death sentence. The plot was alleged to have taken place amid the chaos of Bingu wa Mutharika's death in April last year.

Last week an inquest ruled that Mutharika died of a heart attack on the way to hospital after collapsing at the state house. But his death was not confirmed for two days and his body was flown to South Africa as would-be successors sought to buy time.

Six ministers, including then local government minister Henry Mussa, held a late-night news conference a day after Mutharika's death to insist he was still alive.

Under the Constitution, Banda was next in line to become president. But Mutharika was grooming his brother Peter to succeed him. Banda was eventually sworn in on April 7 after backroom dealings.

The remaining suspects were "in good health and spirits". – AFP

Security cluster disagrees over describing recent unrest as an ‘insurrection’