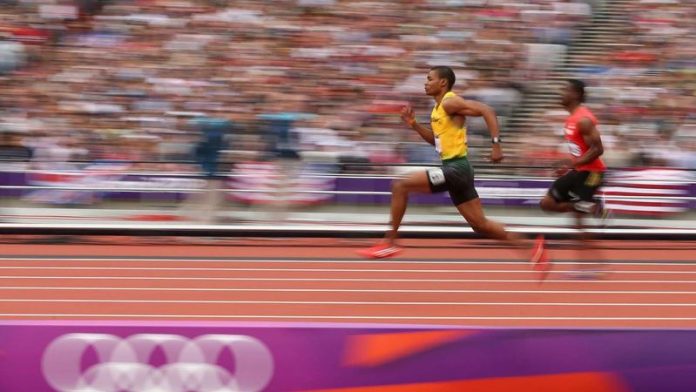 As the board of ­Athletics South Africa (ASA) enters into another round of bruising infighting triggered by the dramatic but vigorously disputed impeachment of ASA president James Evans last weekend, the London Olympics continue to fade into memory.

Yet, while the ASA boardroom battles rage on, the basic steps urgently required to address the lack of international competitiveness in South African athletics are not being implemented and there appears to be little prospect of necessary remedial action being taken in the near future.

This is extremely worrying to those who wish to see South Africa set a course to international success because, at what is generally accepted to have been the best Olympics in history in London six months ago, it is undeniable that the achievements of our athletes on the world's greatest sporting stage were mediocre and deeply disappointing.

From a team perspective, the defining moment of our athletes' fortunes was not Caster Semenya's solitary medal, or encouraging appearances in the finals for the young 200m prodigy, Anaso Jobodwana, or Lehann Fourie in the 110m hurdles, but rather the televised images beamed across the world of Coolboy Ngamole receiving first aid after collapsing from exhaustion in the final stages of the men's marathon.

Although Ngamole's commitment and that of the other South African Olympic athletes is not in doubt, few would suggest that the performances of most of the track, field and marathon athletes in London were an accurate reflection of the potential of local athletics.

The successes of our athletes in the dying days of apartheid, particularly those of black competitors, made athletics one of the country's most popular spectator sports and, on our return to international competition, South Africa was expected to produce a steady succession of world beaters.

The reasons for the failure of South Africa's athletes to live up to the promise they showed in the 1980s after the country returned to the Olympic arena in Barcelona in 1992 are as complex and multifaceted as contemporary South African society.

Nevertheless, there is a widespread consensus among local and international experts that one intervention more than any other could help to remedy the current malaise that afflicts athletics: the introduction of a formal coaching structure in accordance with international best practice.

Coach education
Ian Harries can speak with authority on local athletics. A former Zimbabwean national ­athletics coach, he has coached leading South African athletes over the past 24 years, including 800m great Mbulaeni Mulaudzi.

In Harries's view, South Africa has fallen behind the world in coach education. Coaching manuals used locally have not been updated for more than 20 years and all but a handful of elite coaches have lost touch with cutting-edge international developments.

Harries's prescription for returning local athletics to international competitiveness is the urgent appointment of an interim national coaching committee, which in turn would look for an international coach with a proven track record of elite coaching success and a passion for coach education.

The excuse for not appointing a national athletics coach that has been bandied about by successive ASA administrations over years – inadequate finances – has been repeated in the aftermath of the London setback.

By contrast, most successful athletics nations have a professional coaching or high-performance staff. British Athletics, for example, has staff dedicated to supporting coaches and directing talent and high performance. In the build-up to London 2012, it actively recruited overseas coaches, such as performance director Charles van Commenee, to its staff.

Norman Brook, the former British Athletics coach and chief executive of the British Triathlon Federation, now living in South Africa, believes Team Great Britain's success in London, across all the sporting codes, was down to the United Kingdom's investment in the professionalisation of performance.

He characterises British sporting strategy over the past 15 years as a mix of grassroots development, talent identification, coach education and support of elite athletes and coaches. He points to the enormous success of British cycling in the London Olympics as a case study in the virtuous cycle that emerges when all strands of the strategy, including school sport and coach education, move forward together and reinforce one another.

The ultimate success of a similar programme in South Africa would be measured by its ability to bring currently marginalised groups such as black women and rural pupils into the system. Because such large sections of our society fall outside the net, Harries believes there could be an undiscovered David Rudisha or Derartu Tulu somewhere in South Africa.

Comrades winner Bong’musa Mthembu cannot compete because of Covid-19 but is fortunate that he can survive financially. Others are not as lucky as their sources of income have dried up
Read more
Sport

Here is a look at the effects on sport of the coronavirus, which on Monday had killed over 3 800 people while infecting more than 110 000 in over 100 countries
Read more
Opinion

Use Nike’s model to expand your small business

Munyai and the art of training