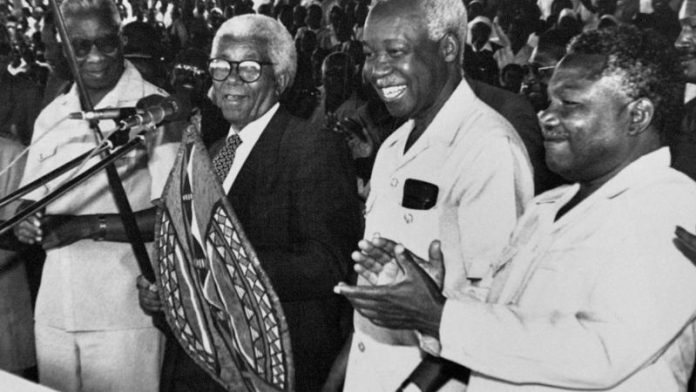 Assessments of Julius Nyerere, Tanzania’s first president, are conventionally focused on his quest for ujamaa, a just social order based on community solidarity. Whereas supporters hailed ujamaa as a creative adjustment of socialist thought to local realities, critics contemptuously dismissed it as a romantic and unscientific endeavour.

Nyerere’s concern with social justice needs to be understood in the context of his overriding commitment to building a nation state. In his farewell address to the Tanzanian Parliament on July 29 1985, Nyerere recalled: “The single most important task, which I set out in my inaugural address in December 1962, was that of building a united nation on the basis of human equality and dignity.”

By “equality and dignity” Nyerere understood, above all, equality in the face of law, or, put differently, equality in spite of differences and privileges – those based on race and tribe – institutionalised and enforced by colonial law. Faced with widespread and popular demands for race-based affirmative action, Nyerere insisted on doing away with all race-based distinctions in civil law. It brought Nyerere face to face with the most serious political crisis of his life, triggered by the 1964 army mutiny that drew significant support from the organised workers’ movement.

To do away with ethnic-based distinctions in customary law, Nyerere mounted a political project that did away with native authorities. Nyerere was, above all, a militant nationalist determined to build a centralised territorial state and a common citizenship in the face of a colonial legacy defined by politically and legally enforced racial and tribal privilege.

The political status of race was a key issue in the period leading to independence. It distinguished the main nationalist party, the Tanganyika African National Union (Tanu), from challenges to its right and left. To the right was the United Tanganyika Party, which embraced the colonial vision of a racialised political order, dressed up as multiracialism, whereby political rights flowed first and foremost from one’s officially defined racial identity. To the left was the populist African National Congress (ANC), which championed a nativist political agenda whereby citizenship in the independent state would be confined to the majority native population, Africans. From the racialised colonial definition of “African” would follow the answer to the question: Who is a Tanganyikan?

Three key events defined the struggle between these political tendencies. The first was Tanu’s decision to participate in the racially based election of 1958. The second was the 1961 parliamentary debate on citizenship. The third was the 1961 to 1964 struggle for affirmative action in favour of the native majority, a programme called Africanisation.

The party that led Tanganyika’s independence struggle, Tanu, excluded Asian and European residents. The leadership of the ANC called for citizenship to be restricted to the indigenous population and a state racially defined by an all-African government and an all-African civil service, and a society restructured by a redistribution of wealth and income from the historically privileged non-native (European and Asian) minorities to the historically oppressed and disadvantaged native (African) majority. It declared: “Our people have suffered exploitation from colonial imperialists for over 40 years and even today are still economically enslaved by the Asians.”

The National Assembly debate over how to define citizenship took place in October 1961, two months before independence. The question was clear: Should citizenship be based on race or residence? The ANC stood for the former; Nyerere for the latter. During the debate, the ANC called for priority for “indigenous inhabitants” over “other races who have made their homes in Tanganyika”.

Nyerere is said to have lost his temper, most uncharacteristically, and denounced his opponents sharply: “If we are going to base citizenship on colour, we will commit a crime. Discrimination against human beings because of their colour is exactly what we have been fighting against … We glorify human beings, not colour.”

In 1959, there were 299 civil service administrative officers in the highest ranks of the civil service in Tanganyika; of these, only seven were black Tanganyikans. The African­isation debate in Parliament unfolded against this background.

Nyerere tried to stake a middle ground, stating that black Tanga­nyikans should have preference in new appointments and promotions on the grounds that the racial composition of the civil service should reflect the country’s population.

The ANC’s arguments resonated with trade union leadership, as with many of Tanu’s middle-rank leaders. As provincial party officials joined trade unionists to demand rapid Africanisation, Nyerere faced a rapidly widening split in the ranks of Tanu. He chose to resign as prime minister after only 44 days in office, returning to the party to purge it of dissidents while handing over the reins of government to Rashidi Kawawa, former president of the Tanganyika Federation of Labour (TFL). Kawawa quickened the tempo of Africanisation, instituting a commission to ensure Africanisation of the entire civil service. By June 1962, 40% of expatriate civil servants had left the country.

In January 1963, Nyerere assumed office as the first president of Tanganyika. At the Tanu annual delegates’ conference, he announced plans to introduce a one-party system and open up Tanu membership to all races. The ANC and the All-Muslim National Union of Tanganyika demanded a referendum. The government invoked the Preventive Detention Act to arrest key opposition leaders.

Matters reached a head in Jan­uary 1964 as Nyerere denounced Africanisation as “a form of racial discrimination”. In a letter to government ministries, he proclaimed: “The nation must use the entire reservoir of skill and experience … This means that discrimination in civil service employment as regards recruitment, training and promotion must be brought to an end immediately … We cannot allow the growth of first- and second-class citizenship. Africanisation is dead.”

This is an edited extract from Professor Mahmood Mamdani’s new book, Define and Rule: Native as Political Identity, published by Wits University Press. Mamdani will deliver the Mapungubwe Institute’s annual lecture on March 18 at 6.30pm at the university’s science stadium. Email [email protected] or phone 0116563641