Ownership is not a cut-and-dried issue 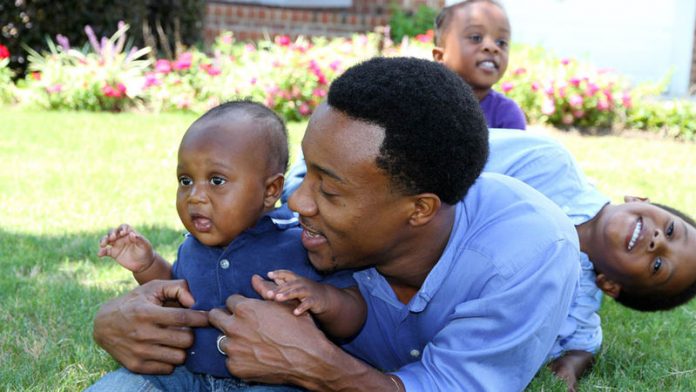 Fear of the unknown is hampering economic transformation as companies that have traditionally committed to black economic empowerment (BEE) are holding back until more clarity is provided on the changes to the empowerment scorecards.

Bruce Hunt, chief of corporate advisory firm Transcend Capital, which specialises in BEE transactions, says organisations have adopted a wait-and-see approach for fear of concluding a deal that is not recognised under the revised scorecard. The department of trade and industry is busy with an often-delayed review of the codes of good practice, which will result in changes to the scorecard.

He acknowledges that ownership is only one measure and that companies can and should be looking to improve their overall transformation in the meantime. However, the long-term risk associated with incorrectly structuring a deal that will have a lower impact once the new codes are implemented is overshadowing the bigger picture.

"Given the risk to the overall scorecard, you cannot just optimise the empowerment structure for the present, but have to know how your structure will evolve over time," he says. "The delays are complicating this, and the problem is that, if you change your structure down the line, there could be adverse tax implications."

The burning issues
One of the burning ownership issues that is holding back executive decisions on equity transactions is the possibility that incorrectly structured deals could result in a dramatic lowering of companies' overall broad-based BEE rating. This could occur if the deal structure is deemed not to deliver sufficient net value to the black shareholders. Companies are penalised for this by losing out on up to 40% of the overall ownership score.

The loss of these points could result in a lower overall broad-based BEE rating.

"This is very important, because many transactions to date would not have been able to create the net value points," says Hunt. "To achieve the net value points, you would effectively need to have the transaction paid off over a 10-year period, and given funding costs of 8% and dividends of 4 to 5%, this requires significant share price appreciation. The problem with the way net value is calculated is that, if cash is paid out annually, it means less of the loan is paid off."

These potential hazards therefore underscore the need for companies to consider the implications carefully when they are assessing broad-based BEE deals, specifically those that involve staff or community groups. Most large empowerment deals today involve a significant element of employee ownership, says Steven Hawes, research and advisory manager at Empowerdex. This means that the benefits of such deals filter down to all scheme members. The majority of companies listed in the M&G Most Empowered Companies rankings have some sort of employee share scheme, many of which are already well established.

Hunt says he has facilitated more than 70 broad-based empowerment deals over the past seven years, with traction building up over the past five.

"With what is happening in South Africa and the increasing income divide, it almost seems ridiculous not to do deals without including employees and communities."

These types of deals are not only more common, they are also more palatable for organisations that have expressed the desire to transform but want to avoid the stigma associated with the empowerment deals of the 1990s.

Solid track record
Diversified employment services group Adcorp has a solid track record for its empowerment credentials, which stem largely from a deal done in 2007. The deal vested 10% of the Adcorp shares in the Adcorp Employee Beneﬁt Trust, as well as selling additional stakes to Wiphold and Simeka Group.

Adcorp's executive director for group services, Campbell Bomela, says the shareholder structure has remained unchanged since then, although black ownership has risen through mandated investments from black-owned groups acquiring shares on the open market.

Through such investments, the group has about 60 000 shareholders that have helped to boost its BEE profile. The company's share incentive scheme has the added benefit of attracting bonus broad-based BEE scorecard points, which helped it to attain an additional three bonus points on top of the standard full score of 20.

Despite having attained this rating, Bomela says the group is constantly looking for additional areas to transform.

"We always ask how we can improve our rating without offending the majority shareholder. And it is easier to do this in our subsidiaries," he says.

This was demonstrated late last year when stakes in Quest Staffing Solutions and Fortress Administration were sold to female-owned groupings.

"Quest is now majority owned by black women and we are working on other similar initiatives."

A successfull broad-based scheme
The power of a successful broad-based scheme can be measured in Nedbank's ranking as the most empowered company on both the overall and ownership measures. The 2005 deal set up the bank to show consistent empowerment credentials and delivered significant value to these shareholders.

"The broad-based nature of our BEE deal made sure it doesn't benefit only a few, but includes all employees, clients and black business partners," says Thulani Sibeko, Nedbank's group executive for marketing, communication and corporate affairs. "About 47 000 individuals have benefited from our broad-based deal, which in financial terms is worth about R5.8-billion, and we have paid more than R700-million in dividends.

"For Nedbank, transformation is not the numbers, but in the culture of our business. The way we see this is as a holistic approach. When we look at performance, we are not only looking at one element — all elements are relevant and all contribute to making the society we are trying to shape. We have endeavoured to ensure we perform across all of these."

Sibeko says any organisation that wants to emulate Nedbank's success would be best served by ensuring this message is driven from the top of the organisation. Transformation is not seen as peripheral to the organisation, but as a moral and business imperative.

"Different organisations have different points of departure. We have been privileged that the commitment to transformation is embedded in the organisation. Beyond that, what has been instrumental is that this type of thing can't just be declared and then you hope that it happens. You need a commitment that is evident from the top, with very clear accountability that is followed through with measurement."

Creating such vehicles does not mean it is plain sailing. Security group G4S has recently found itself accused by members of its employee share scheme (introduced in 2005) of not paying dividends. Operating conditions have precluded it from paying any dividends, the company contends.

And beleaguered miner Lonmin is facing mistrust from the National Union of Mineworkers (NUM) following the announcement earlier this month that it would introduce its employee share scheme in 2014.

The deal would raise Lonmin's broad-based BEE ownership to 26%. NUM spokesman Lesiba Seshoka has said the company's statements were not trusted and would only be believed once it was launched.

Although the broad-based BEE scorecard is designed to remove the intense focus on the ownership element, this will remain an emotive point until economic transformation has reached equilibrium with the country's demographics.

As is demonstrated by the big players that top the BEE tables, this journey is likely to be neither easy nor swift.