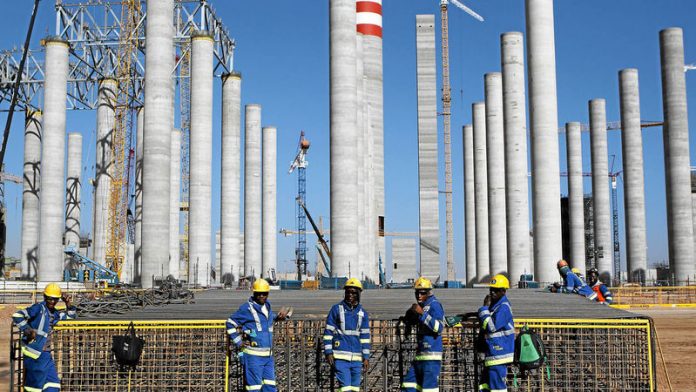 Laudable calls for efficiency from a number of government leaders and policymakers appear to be falling on deaf ears, as leadership and operational battles hamstring critical state-owned enterprises and financial management at national and provincial level remains dismal. The need for what the national development plan has termed a capable state has never been more urgent, for at this time of economic uncertainty the government could become the pivotal driver of growth and development.

Reserve Bank governor Gill Marcus pointed to this last week, saying that, in the face of a constrained investment environment for the private sector, South Africa's short-term-growth prospects lie with the state, chiefly in infrastructure-related investment driven by the country's state-owned enterprises.

This week began, however, with the announcement that Public Enterprises Minister Malusi Gigaba had removed suspended chief executive Vuyisile Kona from the board of SAA. Kona is under investigation for possible contraventions of the Public Finance Management Act. Gigaba believed the relationship between the board and Kona had deteriorated "to a point where it will not be possible for him to lead or function optimally either as a member or board chairperson", according to a statement this week.

The board is due to deliver a turnaround strategy to reinvigorate the loss-making airline, which was propped up by a R5-billion loan guarantee last year.

To add to the state's woes this week, the labour troubles obstructing the construction of Medupi, Eskom's new power station in Limpopo, over the past seven weeks continued. On Wednesday, spokesperson Hilary Joffe confirmed that construction on the site had halted once again following confusion over the payment of return-to-work bonuses, which prompted the National Union of Metalworkers of South Africa to protest on Tuesday.

This comes on top of concerns about the safety testing on a number of critical welds at the power plant. The incidents have contributed to the risk that electricity from Medupi will be delayed as the country's power system continues to operate on its slimmest margins.

To achieve this, public servants must cease doing business with the state, he said, ending the "perverse incentive" created by mixing personal interests with professional objectives.

Public Service and Administration Minister Lindiwe Sisulu has already started a campaign to halt these practices, with regulations planned to prohibit officials from doing business with the state, among other measures. Sisulu's proposals are expected to draw resistance from public service unions, however.

According to Manuel, more work is also needed to end "deficient business processes in government and introduce consequences for failure, nondelivery and noncompliance".

Auditor general Terence Nombembe lauded this renewed emphasis by government on efficiency, accountability and governance at the release of the audit results of national and provincial government on Tuesday. But the results themselves showed little evidence that these values were being practised consistently.

Only 117 of 536 audited entities, or 22%, received clean audit opinions. Fruitless and wasteful expenditure of R1.7-billion was incurred by 44% of auditees. According to the auditor general's findings, the number of auditees incurring these expenditures increased by 29, or 13%, from last year, and the amount in question rose by R249-million, or 16%. Most of the fruitless and wasteful expenditure was incurred in provincial departments.

Many in government firmly believe that a step change is taking place.. Gigaba's spokesperson, Mayihlome Tshwete, said it was important not to conflate the leadership difficulties of the airline with the operations of other state-owned enterprises such Eskom and Transnet, whose infrastructure projects would "certainly stimulate economic growth".

The changes at SAA were a direct result of the shareholder taking action to address the underperformance of the carrier, he said. The minister had made it clear that a "paradigm shift" had to take place at state-owned enterprises: management must answer for issues of poor performance.

The challenges facing institutions such as Eskom and Transnet had to be seen in the context of a legacy of underinvestment in large-scale infrastructure, said Tshwete.

"Since the late 1970s, we have not embarked on an infrastructure roll-out of this nature, but the benefit of acquiring the capabilities [to do this] within the state will be hugely positive for South Africa," he said.

"We are moving toward efficient project management within state-owned enterprises and an industrially efficient economy in which parastatals play an important role."

Not inspiring confidence
Some business leaders have argued for a shift in emphasis from macro generators of economic growth to the micro ­– namely small, medium and micro enterprises (SMMEs).

Sandile Zungu, the spokesperson for the Black Business Council, said it was of concern that major state institutions were experiencing difficulties, whether they were governance related such as those at SAA, or operational in nature, such as the construction delays at Medupi. "It does not inspire confidence," he said.

It was "equally misguided", however, to argue that economic development should be left to the private sector. Recent allegations regarding major collusion in the construction sector on key infrastructure projects were evidence of this.

Sustainable growth would come from a more vibrant SMME sector, Zungu said. He called on the government to form an independent ministry dedicated to this sector.

The current policy regime "talked to big things" such as the government's 18 strategic integrated projects, being overseen by the presidential infrastructure co-ordinating commission.

The drive by Economic Development Minister Ebrahim Patel to improve management and sequencing of these plans was commendable, Zungu said, but a "different mind-set" was needed to support SMME development.

The state's infrastructure roll-out was not an end in itself, argued Neren Rau, the chief executive of the South African Chamber of Commerce and Industry. In the interim these programmes would help to drive employment but, once completed, they had to be used by the private sector to be sustainable. And questions remained the R4-trillion infrastructure roll-out; most importantly, how it would be funded.

Rau sympathised with the plight of many state-owned entities, which had to perform against two often contradictory objectives: remaining viable and rendering a public service. This dual purpose posed a greater challenge than that faced by ordinary companies, despite access to the public purse, including the potential for political interference.

The government would be more efficient if it could separate the objectives of these organisations from politics. But in the current environment, Rau said, there is a risk that the country is moving towards increased politicisation of delivery, rather than away from it.